Production Comes Down At The Leading ‘Factory of the World’ 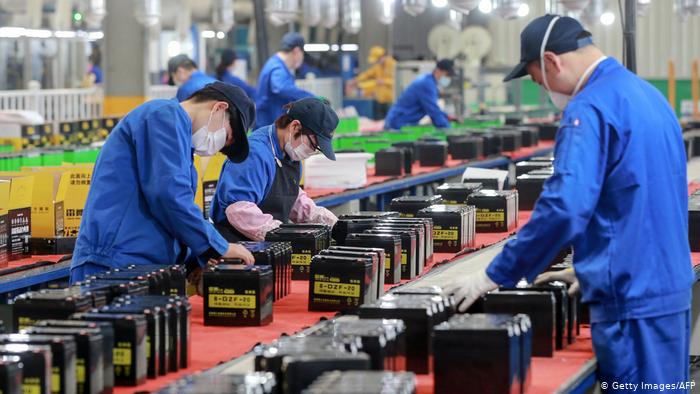 The virtual Canton Fair 2020 has concluded on 24 June. This Chinese Import and Export Fair has demonstrated that China is now slowing down in its manufacturing. Though in comparison with others Chinese are claiming that they are “still going strong” as the world’s factory even during the novel coronavirus pandemic.

The Canton Fair, was in Virtual Mode this year, the first for the decades-old trade fair, in south China’s Guangdong Province. The 10-day fair attracted nearly 26,000 domestic and foreign enterprises, with 1.8 million products exhibited.

China — which earlier accounted for nearly 28 percent of global manufacturing, totaling that of United States, Japan and Germany combined — still remains in lead but the percentage is already down by several percentage points.

According to the figures given out by the Chinese National Bureau of Statistics, China’s value-added industrial output is not something to cheer about.

The world’s largest developing country, owed its strong performance to its industrial base “unparalleled in breadth and depth,” which enabled it to churn out products from low-end footwear to high-end biotech. However now most of the Multinational Companies have begun moving their manufacturing out of China to other countries, especially India.

By 2022- 23 manufacturing in India should start ramping up and that will hit China’s lead severely.
Soon China the most populous nation will have to depend on “its own vast market,” for survival of its manufacturing base. Global firms that earlier looked wedded to China, despite the trade war have already started divorcing and moving out.

China may be claiming that it has fully controlled and contained the Wuhan virus and now its firms are in better shape than most elsewhere, but reports from ground zero indicate otherwise.