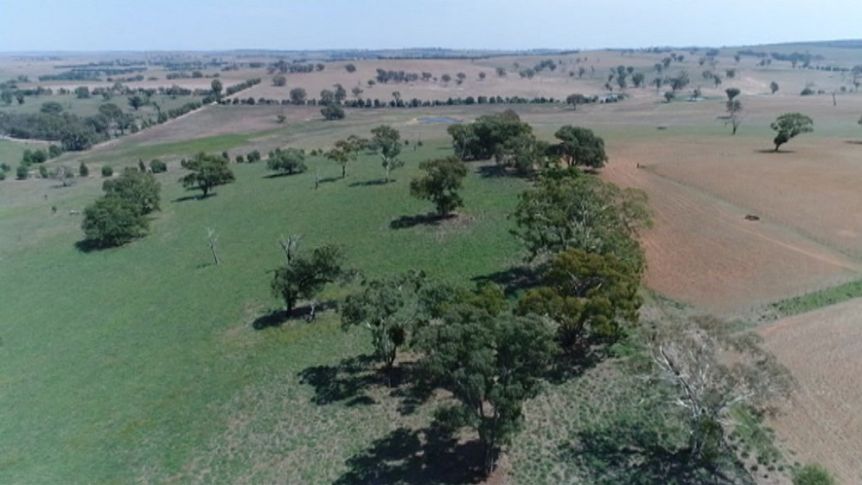 Space to play or pause, M to mute, left and right arrows to seek, up and down arrows for volume.

Regenerative farming has helped transform the landscape of dry properties

Boorowa farmer Charlie Arnott has experienced the immense toll of drought on his cattle, his business and his wellbeing, but he has found a way through it all.

Fifteen years ago, reeling from the effects of the Millennium drought, he attended a workshop on regenerative agriculture that radically changed the way he farmed and, he believes, saved his life.

“I was doing a really good job of killing a lot of stuff to try and grow food, which is kind of crazy,” Mr Arnott said. 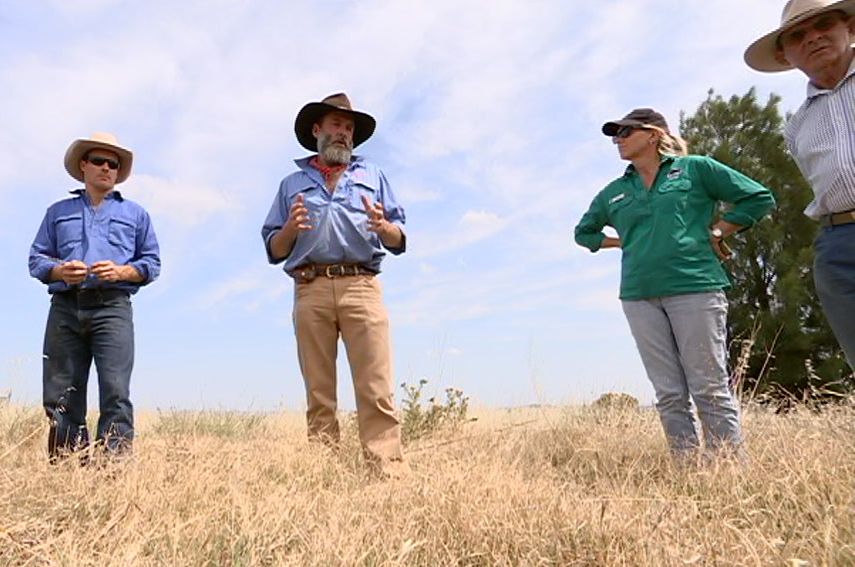 Regenerative farmer Charlie Arnott explains some of the principles to the local Landcare group.

He had been farming conventionally using pesticides, herbicides and fertilisers, but the course taught him how to partner with nature instead of trying to control it.

It has turned around his farm’s capacity to deal with drought and he currently has plenty of water and grass for his livestock even as the drought in NSW intensifies.

“We haven’t fed for 15 years [because] we measure how much grass we have, we know how many animals we have to eat that grass and a very simple calculation gives us the amount of time that that grass is available before it runs out,” Mr Arnott said.

From a desert to a paradise

Another farmer in Boorowa, David Marsh, began his journey into regenerative agriculture in the 1980s, after a drought brought him to the edge of ruin.

“In 1982 we reduced our numbers far too late, like so many … and we turned this place into a desert,” Mr Marsh said. 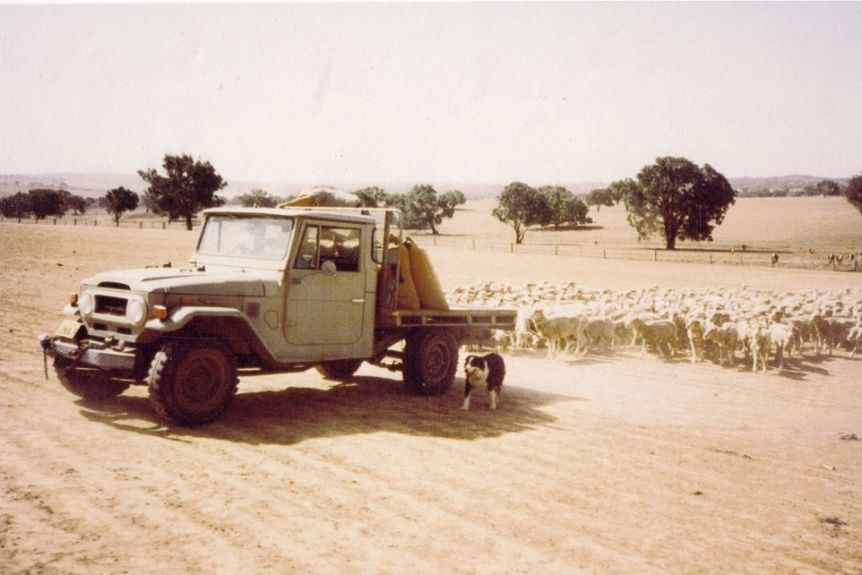 The 1982 drought turned David Marsh’s Boorowa farm into a desert. 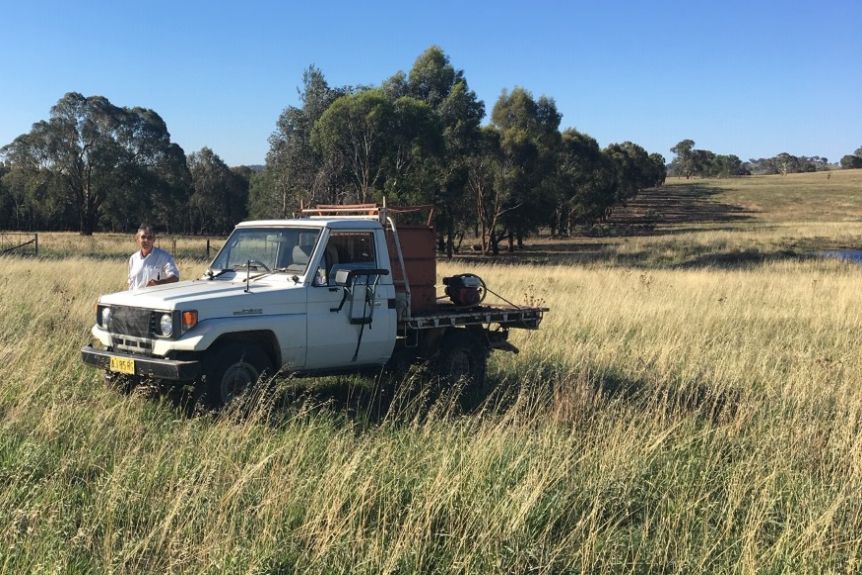 The same spot in 2019 shows how regenerative agriculture has turned his farm around.

“In that time you couldn’t give sheep away and I promised I wouldn’t do that again.”

He began adopting regenerative practices in 1999, increasing the amount of native vegetation and tree coverage on his property from just 3 per cent to 20 per cent.

He believes trees and native grasses are fundamentally important to farming because they capture carbon from the atmosphere and their deep-rooted systems recycle nutrients from the soil.

The other key change he made was to switch from a “set stocking” rate to planning grazing according to what the landscape could support.

He has a mob of more than 300 cattle, many with calves at foot, and he grazes them in small areas, leaving most of the farm free of animals so it can recover.

“We’ve got over 100 paddocks and [the cattle] are gradually moving around the place through all those paddocks.

If conditions are dry he destocks.

“I guess in the past, we were trying to run fixed enterprises in an incredibly variable climate and you can do that, but a lot of the time you’re going to be spending a lot of money [on feed],” Mr Marsh said.

Like Charlie Arnott he matches his livestock numbers to the amount of feed he has.

“The whole thing we’re doing here is trying to fit into the way the world works rather than trying to bend the world to our will.” 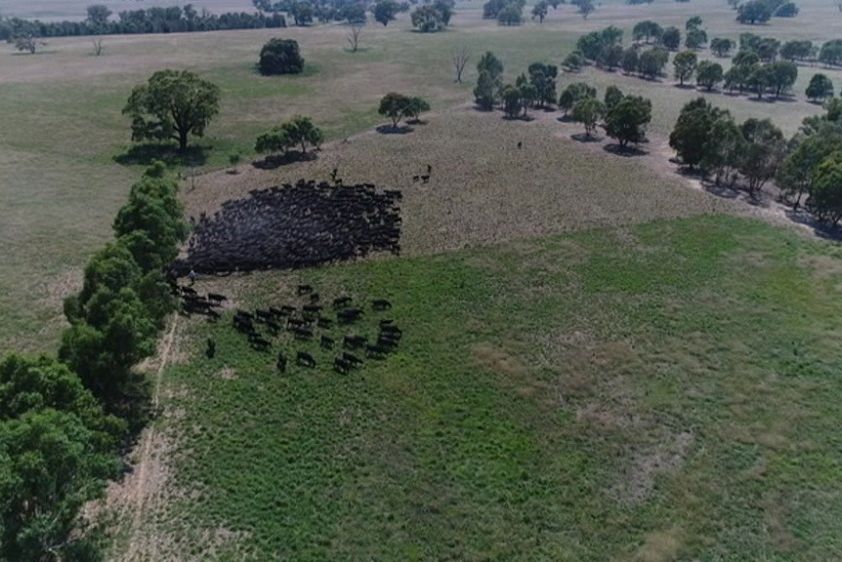 Keeping cattle in bigger mobs and moving them around the farm gives the farm environment time to rest and recover.(ABC News: Matt Roberts)

A study commissioned by the Federal Department of Environment found that regenerative management practices “have the potential to increase the health of Australia’s grassy woodlands and at the same time improve financial and farmer wellbeing”.

It showed that regenerative farmers had above average profit levels, especially in dry years.’ 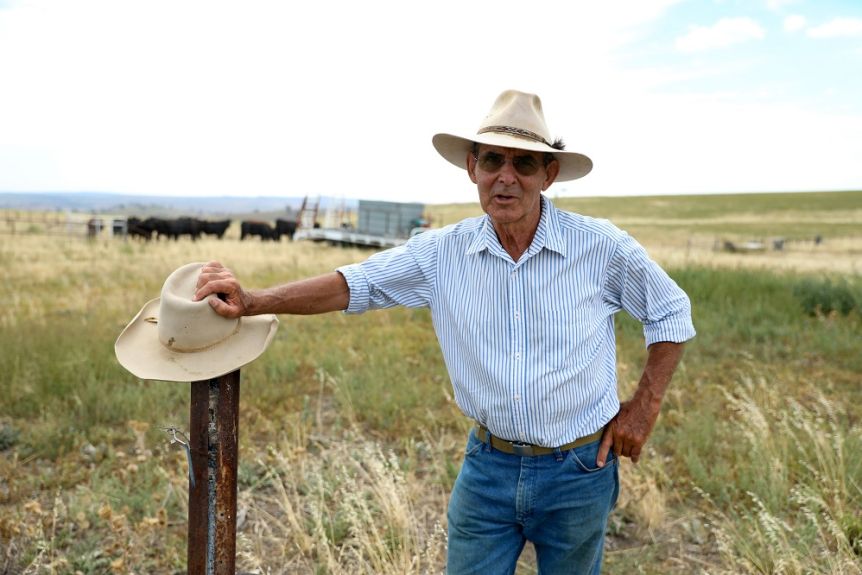 That has certainly been David Marsh’s experience.

For years he struggled to pay back the farm debt, but that changed when he stopped spending money on chemicals and fertilisers.

“Every 10 years we’d run into a dry period and take a large step in reverse, but now our costs are so low it’s hard not to make a profit,” he said.

Farmers are not rushing to change their farming practices however.

For Mr Marsh, Mr Arnott and many others, it can be difficult to make the initial change.

“I had to put a lot of history aside, what my Dad taught me, what I did for many years … [so] the first paddock I had to change was the one between my ears,” Mr Arnott said.

Bookham farmers Kylie and Oliver Kimpton are right at the beginning of their regenerative journey.

Like many farmers, Kylie Kimpton found it difficult to put her grass ahead of her animals and destock.

“The first truck that drove out, I almost shed a tear but we could see the potential,” she said.

The cost of setting up a farm for rotational grazing can also be an obstacle because it requires additional fencing and watering points, plus it takes time to move the stock every day, but the Kimptons have been surprised at how quickly their land has responded.

“I started fencing off one paddock on our property and the grasses came back. Even with the minimal amount of rain that we’ve had it was really encouraging,” Ms Kimpton said. 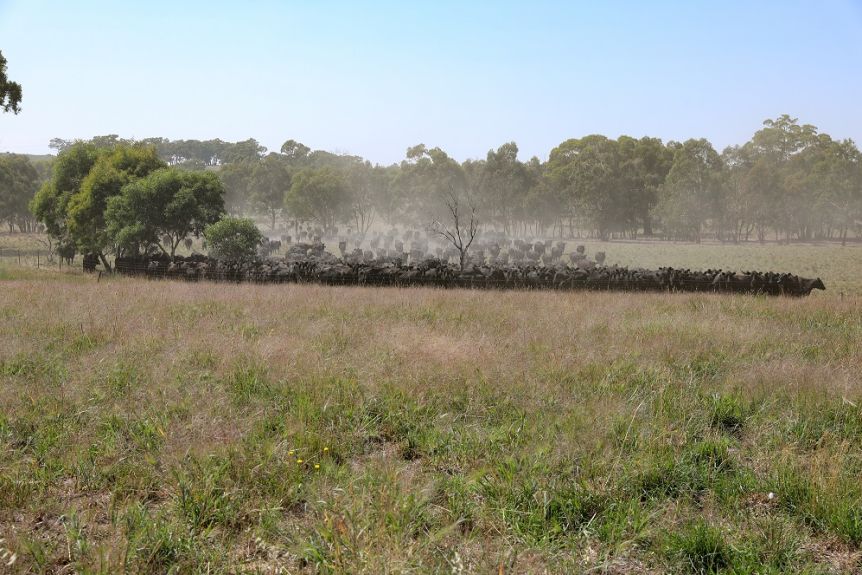 David Marsh still runs a large number of cattle, but they are kept in mobs and rotationally grazed which preserves the vegetation on his farm.(ABC News: Olivia Ralph)

Ms Kimpton said the Boorowa Landcare movement had been an important support.

Coordinator Linda Cavanagh said they worked with new members wherever they were at in their journey.

“We meet people at their level and encourage them to make some changes on their properties and the way that they do their grazing management,” Ms Cavanagh said.

Support is also available through the NSW Farm Innovation Fund, which can provide money to fence off paddocks, wildlife corridors and riverbanks for regeneration, or to works to control erosion and soil degradation.