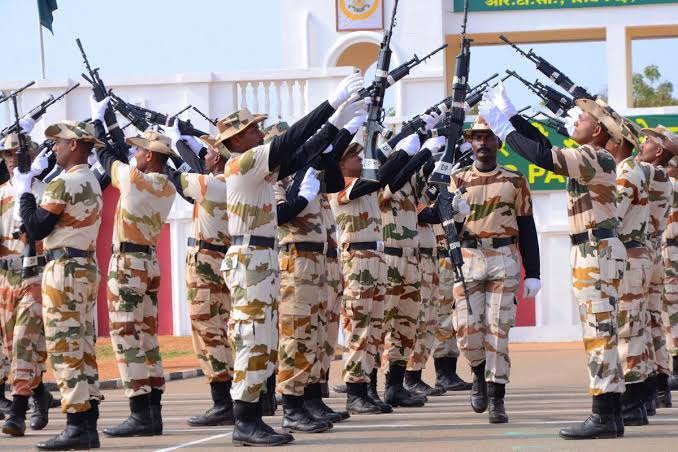 So now one of the Central Police Forces, probably the smallest in size ( or is it the SSB ), has been upgraded to such a level that that it is going to have two COMMAND HQ, western and Eastern !! Though it is still not clear whether this is a journalistic liberty taken to a ridiculous level or actual nomenclature given by the Ministry of Home Affairs.

In the days of old,we did have a Prime Minister of J& K for a short period but tremors it caused is still being felt. Thank God, that each of the other states do not have Parliaments but just State Legislatures. There are no State Lok Sabhas and State Rajaya Sabhas, instead there are Assemblies and Councils. Posts of Under Secretary, Joint Secretary, Additional Secretary and Secretary at both State level and Central level create enough confusion. However mercifully at the Apex they have a Cabinet Secretary for the Union and a Chief Secretary for the States.

In the three Defence Services, the importance of each term and nomenclature has its own unique / specialized meaning and they have to be used accordingly to convey the exact and the specific. In the heat of the battle we cannot afford “ translation or interpretation “ of the message received at any level. It has to be exact. Therefore there is a General Staff Publication called GLOSSARY OF MILITARY TERMS. It contains all standard and common military terminologies and defines it specifically. It seems that along with the Blue Book the Central Government must have a GLOSSARY OF GOVERNMENT TERMS.

Over the years it had been the journalistic liberty taken, which had totally confused not only the common citizens but even the Government machinery regarding what is Paramilitary, till the Home Ministry officially notified the word Central Armed Police Forces. Another example, the damage caused by interchanging of words by the Press ….misguided youths,anti national elements, militants, insurgents, separatists, terrorists and enemy ….needs a deep study.

Coming to the news that “ after operationalisation of the newly sanctioned commands for western and eastern sector of the Line of Actual Control (LAC), the Centre has approved the rules for appointment of additional director general (ADGs), who will head the two commands at Chandigarh and Guwahati,” needs immediate corrective actions at various levels.

HQ Command or Command HQ is a military term and should not be used loosely elsewhere, especially with such forces which most of times will be operating along with / in close support or under command of the Army.This will not only add to confusion but have other damage causing potentials. It would be more appropriate to name this HQ as Zonal / Circle / Regional HQ or any other suitable name.

As per the news, out of the three posts of ADGs, for ITBP two will go to IPS officers on deputation while the remaining one will be filled by promotion from the Indo-Tibetan Border Police (ITBP), according to home ministry.

Since this force is primarily meant to guard the Indo Tibetan Borders, it is well known that against the Chinese there will be no fooling around. This force has to be fighting fit and be ready to not only guard but defend too against Chinese salami slicing activities rather than mere policing. Hence it is high time, that now it is manned totally by its own cadre like the Coast Guard. The deputation from the IPS must stop forthwith..

As the stand-off between the armed forces of India and China continues at the LAC, there is definitely a need of establishing additional border outposts (BOP). Most of these BOPs have to be sighted for all round defence and not just as policing check posts. This means sanction of additional battalions, filling up of vacancies, modernising weaponry and most important military oriented training. Side by side more of military ethos and spirit has to be developed and the policing mindset reduced.

The ITBP maintains vigil on the 3,488-km India-Tibetan border against the Chinese Forces in occupation of Tibet. Thus the newly carved Western Zonal HQ will look after India’s border with Tibet in Ladakh, Himachal Pradesh and Uttarakhand. Eastern Zonal HQ would exercise control over the north-eastern borders, which includes parts of Sikkim and Arunachal Pradesh.

According to the ministry’s order, officers eligible for appointment as ADG within the ITBP should have served “thirty years service in Group ‘A’ service out of which three years regular service shall be in the post of Inspector General” while IPS officers “holding the post of ADG or empanelled to hold the post of ADG in the Central government” are eligible. This induction of IPS on the posts of ADGP needs to be stopped forth with and should be filled by the most eligible ITBP cadre Inspector General.

India and China have been engaged in a border stand-off along the LAC since April. The violent clashes with the Chinese troops in Galwan on June 15 resulted in the death of 20 Indian soldiers and over 40 PLA soldiers. Hence things have taken a serious turn.So Journalists may be requested not to take liberties with nomenclatures unless of course a deliberate campaign is being undertaken for creation of the first post of a Marshal of the Central Police Forces !!