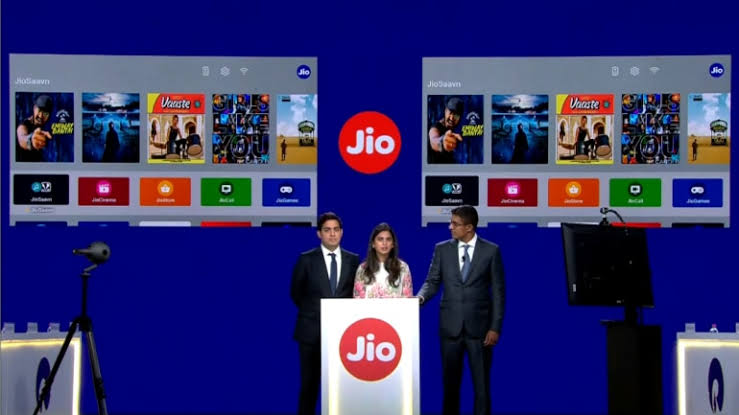 In a statement late on Thursday, Reliance Jio said in a statement: “With JioFiber, Jio continues to deliver on its promise of connecting the unconnected while bringing about transformational changes to Indian homes, that it started with its mobility service three years ago, on 5th September 2016.” 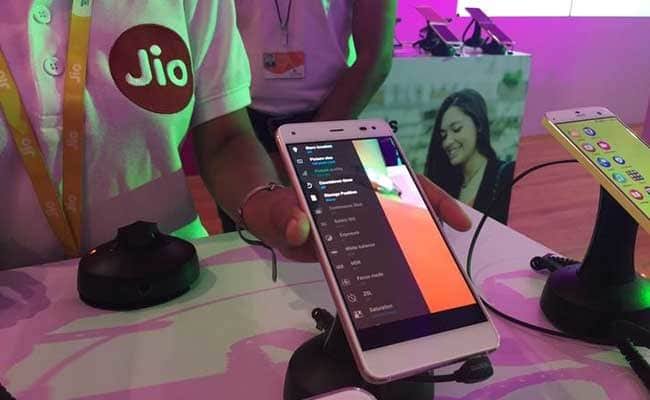 “Every JioFiber User To Get A Set-Top-Box”: Reliance Jio

The company said its annual JioForever tariff plans will come with the following features:

Television Set (in Gold plan and above)

Subscription to your favourite OTT apps
Unlimited Voice and Data

Through bank tie-ups, Jio will provide attractive EMI (equated monthly instalment) schemes, so customers get the benefits of annual plans by paying only monthly EMI, the telecom company said.

In a statement announcing the start of JioFiber, Reliance Jio Infocomm said the company is “pricing the plans at less than one-tenth the global rates, to make it accessible for all, to suit every budget and every need”.

Monthly rentals start at Rs 699 and go up to Rs 8,499
The lowest tariff starts with internet speed of 100 Mbps

How To Get JioFiber

Reliance Jio Infocomm mentioned the following steps for those looking to subscribe to its “fiber-to-the-home” service, JioFiber:

If JioFiber is available in the area, Reliance Jio service representatives will get in touch

Existing users can download mobile app MyJio; all communication will happen through the app
Every JioFiber user to get a set-top-box on recharge with a monthly/quarterly/annual plan

“I want to specially thank our five lakh JioFiber preview users, who have contributed significantly in perfecting our product and service experience. I welcome them to experience the next level of JioFiber,” said Akash Ambani, director, Reliance Jio Infocomm.

“Even in America, which is the most developed economy, it is around 90 Mbps,” said Reliance Jio, the telecom arm of Reliance Industries. “JioFiber, India’s first 100 per cent ALL-FIBER broadband service, will start from 100 Mbps and go all the way up to 1 Gbps.”

“Our customers are at the heart of everything we do, and all of JioFiber has been designed with the sole purpose of giving you a delightful experience,” said Akash Ambani, director, Reliance Jio Infocomm.

“The launch of JioFiber, with its revolutionary services is just the beginning of a new and exciting journey. As always, we will continue working hard to bring more such amazing services to your home and take Jio Fiber to the next level,” Akash Ambani added.

Jio Commences Commercial Operations Of JioFiber
Jio on Thursday announced the commencement of JioFiber, its fiber-to-the-home service, across 1,600 cities in India.

“With JioFiber, Jio continues to deliver on its promise of connecting the unconnected while bringing about transformational changes to Indian homes, that it started with its mobility service three years ago, on 5th September 2016,” Reliance Jio Infocomm said in a statement.

Reliance Jio’s User Base Doubled In Less Than 2 Years

“Jio’s strong financial result reflects the fundamental strength of the business, significant efficiencies and right strategic initiatives,” Mukesh Ambani had said in January 2018. “Jio has demonstrated that it can sustain its strong financial performance.”

Billionaire Mukesh Ambani stormed into the country’s telecom industry in 2016, and has bet his wireless carrier can outlast rivals while offering some of the lowest prices for its products and services. After its commercial launch in 2016, Reliance Jio reported its first-ever quarterly profit in January 2018.

Reliance Jio posted a standalone net profit of Rs 504 crore for the quarter ended December 2017, as against a net loss of Rs 271 crore for the previous quarter

JioFiber Rollout High Competition In Telecom Market
The country’s three big wireless carriers have been locked in a brutal price war, leading to mounting debts for the companies and declines in subscribers for Bharti Airtel and Vodafone Idea.

The companies’ elevated debt levels and reliance on capital infusions for debt servicing and expenditures prompted India Ratings to maintain its negative outlook for the industry, according to the report.

Reliance Jio Infocomm – the telecom arm of billionaire Mukesh Ambani-led Reliance Industries – will probably keep drawing users away from rivals, reaching a market share of as much as 45 per cent by financial year 2022, according to credit ratings agency India Ratings. As of March, Reliance Jio’s market share stood at 30 per cent, the agency said in a report last month.

JioFiber registrations can be made online through Reliance Jio’s website, the telecom service provider’s customer support team said in response to a query on Twitter.

Sudhir Dahiya
@isudhirdahiya
· 2h
Replying to @GauravDatta_15 @reliancejio
How we get this #JioFiber ??
JioCare
✔
@JioCare
Thanks for your interest. To invite JioFiber, simply fill the details here https://fiber.jio.com/registration – Neelam

Reliance Jio Infocomm’s net profit stood at Rs 891 crore for the first quarter of the current financial year. That marked an increase of 45.6 per cent compared with the corresponding three-month period a year ago.

In June, Jio Added 82.6 Lakh Users To Its Subscriber Base

Reliance Jio Infocomm – the telecom arm of Reliance Industries – added 82.6 lakh customers in June 2019, data from telecom regulator TRAI or Telecom Regulatory Authority of India showed last month. That marked an increase of 0.98 per cent compared to the previous month.

Total wireless subscribers in the country increased 0.31 per cent to 1,16.55 crore at the end of June compared with the previous month, according to TRAI data.

What You Get In Existing Preview Offer Of JioFiber

Subscribers of Reliance Jio’s preview JioFiber offer can continue to enjoy the high-speed internet services by taking a top-up pack after consuming the data quota. The complimentary data top-up of 40 GB can be made through the telecom company’s mobile app, MyJio. Reliance Jio Infocomm provides telecom services under brand Jio.

JioFiber Being Rolled Out In Major Metros, Cities: Sources

JioFiber is being rolled out by Reliance Jio Infocomm in all major metros and cities across the country, sources said.

Under the existing JioFiber preview offer, Reliance Jio Infocomm provides internet at a speed of up to 100Mbps free for a limited period along with a complimentary access to the company’s premium apps, according to the Jio website.

Reliance Industries has said earlier that JioFiber customers opting for its annual plans (“Jio Forever” plans) will get an HD or 4K LED television and a 4K set-top-box absolutely free.

“The experience of JioFiber and Jio set-top-box really comes to life when combined with an LED television… I invite all of you to make the most of the JioFiber Welcome Offer and sign up for JioFiber as soon as it is available in your neighbourhoods,” Reliance Industries chairman Mukesh Ambani said while addressing shareholders at the group’s annual general meeting on August 12.

Reliance Jio has said JioFiber plans will be priced between Rs 700 and Rs. 10,000 per month, and will come bundled with subscriptions to most leading premium over the top (OTT) applications.

Under JioFiber’s preview offer, users get ultra-high-speed internet up to 100Mbps free for a limited preview period and complimentary access to a host of Jio’s premium apps, according to the telecom company’s website – jio.com.

Reliance Industries Share Price Is Up Over 3% Since August 12

Since Reliance Industries’ 42nd AGM on August 12, in which billionaire Mukesh Ambani announced September 5 as the launch date for JioFiber, the conglomerate’s shares have risen 3.4 per cent as of Wednesday’s closing price. Bharti Airtel shares have declined 6.81 per cent Vodafone Idea 6.34 per cent during this period.

Sources said the commercial rollout of JioFiber is expected after lunch hours on Thursday.

Appointed in 2014 to the boards of Reliance Jio and Reliance Retail, Isha Ambani and Akash Ambani have raised their profiles in subsequent years, addressing investors at annual shareholder meetings and introducing new products.

Jio To Offer Television, Movie Streaming With Some Subscription Plans

Reliance Industries’ telecom arm, Reliance Jio Infocomm, has said customers of its premium JioFiber services will be able to watch movies in their living rooms the same day these movies release in theatres.The commercial rollout of its JioFiber service comes three eyars after the commercial launch of Reliance Jio, which has disrupted the country’s telecom industry by providing high speed data at competitive prices and making voice calls free along with its subscription plans.

With cut-price data plans, Reliance Jio Infocomm has managed to become the country’s top mobile operator by subscribers and No. 2 globally in a span of less than three years.

Reliance Jio Infocomm’s plans to launch JioFiber broadband services threaten to upend the country’s telecom market with offers of free voice calls for life, television and movie streaming and even free TV sets to go with some subscription plans.