Remembering A Hero : Havaldar Kirpa Ram, VrC, 4 Sikh In The Battle Of Walong 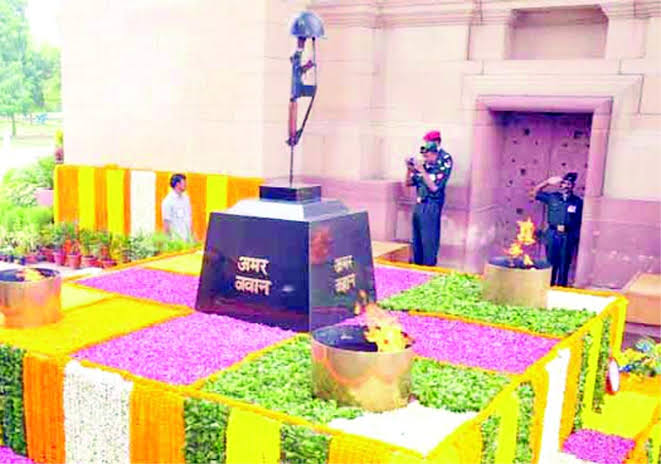 “ It is foolish and wrong to mourn the men who died. Rather we should thank God that such men lived.”
On the face of it, Kirpa Ram would have seemed like an ordinary man. In actuality, he was anything but that. He was an Equipment and Boot Repairer (EBR) in 4 Sikh and could handcraft shoes that would cost a fortune today. More importantly, he was the unit hockey team goalkeeper and had represented the Indian Army. Kirpa Ram was also the one who had tamed and looked after the unit mascot, Rani, a female panther. She followed him like a lamb and, if Kirpa Ram was to be believed, she was the reason 4 Sikh got the good grades it did in inspections.

All tradesmen like Kirpa Ram were enrolled under the category of Non Combatants Enrolled. Their task was restricted to their trade and they were not authorised weapons. However, Kirpa Ram voluntarily took part in all training. He was an ace shooter and master of basic infantry tactics. Extremely competitive and active, he was a man blessed with exceptional leadership qualities and these were particularly evident on the hockey field. The goal posts could not confine him. He would rush out to the top of the circle and even beyond to urge, coax and ‘order’ the other 10 to attack and, when chips were down, to counterattack. Under the posts, he was an acrobat who rarely conceded a goal. Once, when the team was looking down and out, he rushed forward, discarded his pads and scored a last minute winning goal!

4 Sikh was inducted into Walong Sector in the Lohit Division (present-day Arunachal Pradesh) in end-September and early-October of 1962. They flew in Otter aircraft, a section (10 men) at a time, from Tezu. The unit occupied a defensive position on either side of the Lohit river. At Walong, 4 Sikh, 6 Kumaon, 3/3 Gorkha Rifles and 4 Dogra under 11 Infantry Brigade fought the most heroic brigade level action of the 1962 War.

14 – 16 November 1962: The Final Battle
The defences of 4 Sikh were attacked from higher ground by the Chinese. The forward companies were soon running out of ammunition, which had to be ferried from the logistics base. Earlier, anticipating this task, Havaldar Kirpa Ram had got weapons issued for the non combatants and had also organised training capsules for them. He led these non combatants- turned- into- soldiers to continuously supply ammunition to the forward companies. The battle was reaching its culmination and on the night of November 15, Kirpa Ram led another ammunition-ferrying column to one of the forward companies. This time they were ambushed by a Chinese patrol. Following his hockey field tactics, Kirpa Ram shouted “hamla” and with his team broke through the ambush, but in so doing was wounded.

Being a man of action, Kirpa, disregarding his wounds, pressed on and delivered the ammunition to the forward company where heavy fighting was taking place. Instead of falling back to the logistic base, he stayed back to fight the battle. Like on the hockey field, he took charge and fought like a man possessed.

The company suffered heavy casualties and a decision was taken to withdraw. Kirpa volunteered and stayed back with the rear party, mostly consisting of unit sportsmen, who were tasked to cover the withdrawal. As the rear party came under pressure and was running short of ammunition, Kirpa did what he believed in, “jawabi hamla!” (counter attack). Led by him, the rear party came out of the trenches and engaged the Chinese with bayonets. But the odds were against them. The entire rear party including Kirpa was killed in action. This heroic action, enabled the rest of the survivors of the company to get away. In the battle of Walong, apart from Kirpa Ram, 4 Sikh sadly lost the crème of its sportsmen, which included five who had podium finishes at the national level.

Kirpa lived life on his own terms and died in action, again on his own terms, leading from the front. He was awarded the coveted Vir Chakra, a rare award for a non combatant.