(an article earlier published in Sachikhabar)

The Indian Garba Dance is going ahead as per plan. Since Eighties India slowly became the world’s largest importer of defence equipment mostly from our most trusted friend Russia and also from others who were willing to sell without attaching strings to their sale. The Russian equipment even if not swanky like the western ones were quite sturdy. We were able to defeat Pakistan with these sturdy weapons, beating the fancy Americans systems hollow.

Then with the disintegration of USSR, the Russian landed in severe economic problems and had internal political ones too. At times they did try to extract a bit more money than warranted but still we got what we wanted and which no one else was willing to supply. Meanwhile our DRDO kept plodding and then had breakthrough in several critical areas. Slowly now our establishments are gathering speed and we are just a step behind in achieving self sufficiency in manufacture of defence weapons and equipment. We also have managed a yet another close friend in this area that is Israel. Even France has always been ready to help, even during the sanction era but strictly on commercial terns.

Now has occurred the funniest part. All those who had imperiously placed sanctions on India are jumping all over and shouting hoarse to help India shed this tag of World No1 Importer of Defence Gear. USA which had taken the lead in 1998 to “ teach India a lesson for barging into the Nuclear Club without permission “ is now most eager to become a close defence partner.

Since 2014 Prime Minister Narendra Modi has been trying for growth of an indigenous defence industry through MAKE IN INDIA leading ultimately to MADE IN INDIA. Aim is not only to meet own requirements but even export weapons to other friendly nations. For this purpose the government is encouraging foreign defence companies seeking contracts from India to partner with local firms and share technology with them. The Trump administration wants to jump on the band wagon and is ready to give American technology but under its own terms. In case it is hoping to strengthen ties with a country it considers a key counterweight to China in the region then the Americans must not try and impose their terms and conditions. They need India more than India needs them. Major American defense contractors like Boeing and Lockheed Martin are gung-ho, seeing the chance to win contracts worth crores of dollars in business from a country that has historically chosen non American suppliers.

For the MMRCA competition worth nearly Rs 98000 crores for a mix of single- and dual-engine models numbering up to 110 fighters, Boeing, Lockheed, Russian MIG, French Rafael and Swedish Grippen all are seeking to win this Indian order. All except the Russians have contracted or contracting Indian corporate partners. Russians do not have to worry, they already have HAL. Most of the planes under the new contract are to be assembled in India. In other defence deals though the Indian government is taking a less strict approach by suggesting but not mandating foreign arms manufacturers to team up with local companies to make parts, or entire products, within the country. The aim is to ensure that foreign companies transfer key technologies to their local partners so they can eventually do it all themselves.

Hopefully by now the Americans have given up the dream of foisting the obsolete F-16 on India. So Lockheed should now concentrate with Tata Sons on producing Apache helicopters only. We cannot have F16 in any way, imported or Make In India. Our Tejas is much superior. Now Boeing which intends to submit a bid to supply its F/A-18 Hornets has announced that it would team up with the government-owned aircraft maker Hindustan Aeronautics Limited and one of India’s largest conglomerates, Mahindra Group, to build the planes locally. In case Trump plays it well, may be there should be orders for a total of around 80 Hornets ….Vikrmaditya, Vikrant, Vishal and Virat.

The most bewildered should be the French. They had been crazy enough to state that HAL was not competent to absorb Rafael Technology and so refused Make In India with it. Now same HAL, already manufacturing Sukhoi will be partnering Boeing for the Hornets. However even now if French are smart, then they can lower the price of the Rafael a bit more and do make in India, bagging the orders for the entire lot of 110 Fighters. 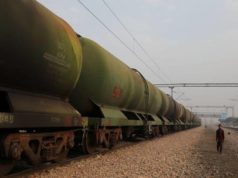