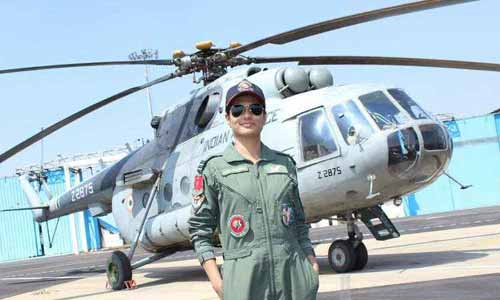 Wing Commander Shaliza Dhami became the first woman officer of the Indian Air Force to become the Flight Commander of a flying unit, news agency ANI reported. Flight Commander is the second in command of the unit.

Wing Commander Dhami, serving for 15 years now, has been flying choppers. She became the first woman flying instructor of the Air Force and is also the first woman officer to get permanent commission of the flying branch.

She took charge of a Chetak helipcopter unit at the Hindon Airbase in Ghaziabad, Uttar Pradesh. Chetak is a single engine turbo shaft, light utility helicopter with capacity of 6 passengers and has maximum speed of 220 km/hour.