Sharia compliant pensions in the UK
slamic finance is a fascinating and challenging domain. The industry’s assets were valued at $2tn (£1.5tn) globally at the end of 2016, according to S&P Global Ratings.

Limitations on asset classes, stocks and profiteering present institutional investors with a unique set of barriers to their investment objectives.

Is sharia the next frontier for ethical investment? Pension schemes are increasingly attempting to understand their members’ preferences when setting investment strategy, and adoption of exclusion policies over so-called sin stocks, such as alcohol and tobacco, is on the rise across the UK.
Moreover, there is a considerable overlap in thinking between sharia and the rest of the UK institutional investment landscape on what constitutes socially responsible investment.

The need for sharia-accommodating pensions is likely to grow. The UK’s Muslim population reached 2.8m in 2011, according to its most recent census.

Not all Muslim savers expect sharia compliance from their pensions, but some do.

If the pensions industry is to take 21st century Britain seriously, perhaps it is time to consider greater access to sharia-friendly pensions.

No interest in Islamic finance

The biggest challenge associated with sharia compliance relates to its policies on investments.

Restrictions on investments that yield interest rule out corporate and government bonds, while conventional derivatives, including liability-driven investment strategies, fall foul of rules over speculation.

Sukuk, a form of fixed income similar to bonds, can take the place of conventional debt instruments in shariah-accepting portfolios. Mohamed Damak, senior director and global head of Islamic finance at S&P Global Ratings, describes sukuk as “the most important asset class” for funds seeking to adhere to sharia law.

In 2014, the UK government became the first country outside the Islamic world to issue sukuk, making a £200m sale. But the asset class has yet to mature here.

The Nest Sharia Fund and the HSBC Life Amanah Pension Fund both use investment strategies that mirror the Dow Jones Islamic Markets Titans 100 index, which is designed to measure the performance of the world’s 100 largest shariah-accepted equities.
Source: Nest

The Islamic Pension Trust has a portfolio largely composed of UK equities that either sit in the FTSE 350 index, or are soon expected for inclusion. It also holds cash.

A spokesperson from Nest says: “Effectively diversifying beyond global large cap equity is very difficult for a UK pension scheme to achieve in its sharia offering”.

This is partly due to a “very thin” market for sharia-compliant funds and the immaturity of asset classes such as sukuk, which have “a significant regional concentration in a few Gulf states and Malaysia”, according to the spokesperson.

Pricing is another issue. Christine Hallett, chief executive of Carey Pensions UK, which administers the Islamic Pension Trust, says sukuk is currently too expensive for the workplace DC default charge cap of 0.75 per cent.

The industry is faced with a circular problem. Lack of demand limits the range of mature markets sharia funds can invest in. If schemes are to adhere to sharia principles and achieve a suitable level of diversification, a solution to the narrow selection of investments will have to be found. This will likely depend on greater demand for sharia compliance. 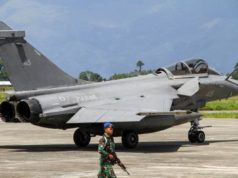