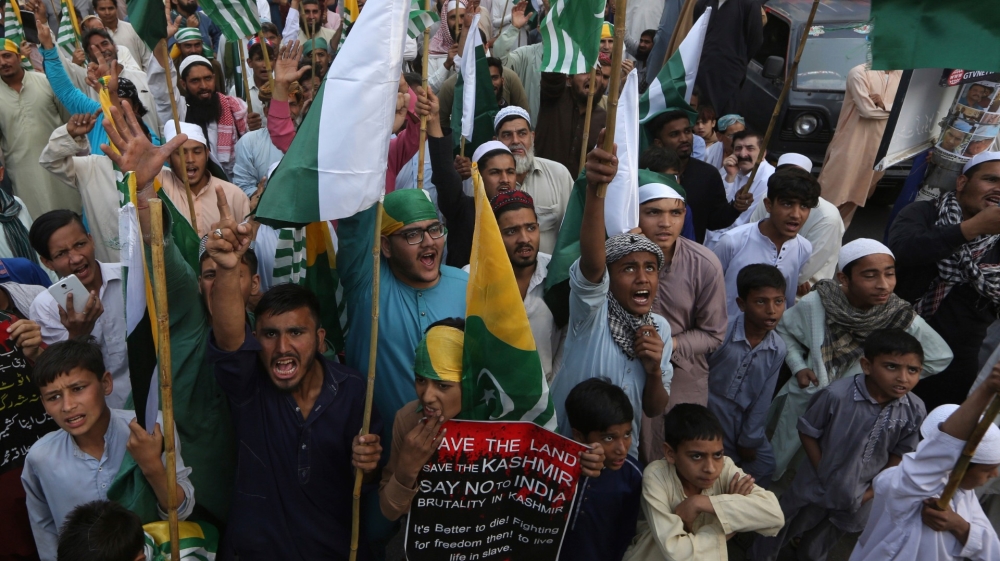 The Sindhudesh Revolutionary Army, a freedom movement to liberate Sindh from clutches of Pakistan had claimed responsibility for the attack on a Pakistani rally in Karachi.

The blast took place near the main truck that was part of the rally in the Gulshan-i-Iqbal area, when two persons on a motorcycle lobbed a grenade, according to a Jamaat-i-Islami spokesperson. The rally was called off soon after the attack

More than 40 people were injured in a grenade attack on a rally in Karachi on Wednesday, as Pakistan marked the first anniversary of India’s revocation of Kashmir’s semi-autonomy.

The wounded were rushed to different hospitals, where one was in a critical condition, an official from the provincial health department said.

The attack was claimed by Sindhudesh Revolutionary Army, an outfit fighting for freedom of Sindh. The outfit has become active in the past months.

In June, four people were killed including two soldiers in three consecutive explosions claimed by the SRA.

The group wants Sindh province, of which Karachi is the capital, to break from the Pakistani federation. It has also announced its alliance with the Baluchistan Liberation Army, a militant group fighting for greater autonomy for the Baluchistan region in southwestern Pakistan.

The attack took place as similar rallies were held across the country. The Karachi rally, organised by Jamaat-e-Islami, a religious right party, was called off after the attack.

Last August, Government of India had revoked a n outdated constitutional provision with respect to Jammu and Kashmir of its special rights, which was no more relevant and split it into two federally administered territories.

The government said the change was necessary to develop the region and integrate it with the rest of India, but it infuriated a few of the separatists Kashmiris as well as neighbouring Pakistan and even its friend China.