SINO-INDIAN Stand Offs : When China Had To Back Down 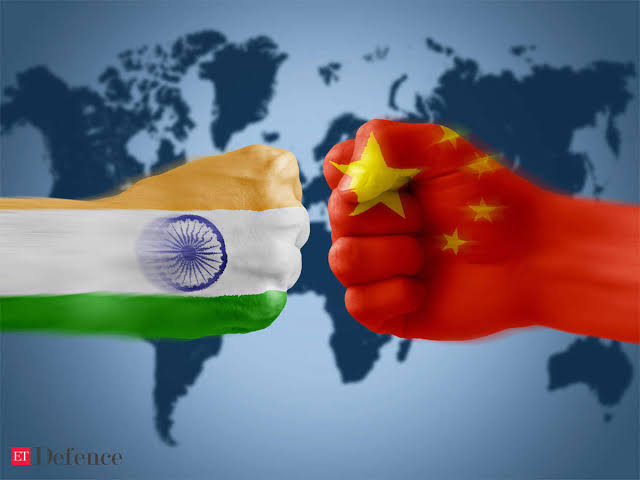 While the 1962 war helped set the tone of the narrative for decades to come, there have also been many instances when China had to face setbacks after initiating aggression against India. Here’s looking back at a few of them.

Following skirmishes at Doklam, India warned China that the road construction will have an impact on the status quo with serious security implications, and suggested that both sides pull back troops for any talks to take place.

The 1962 war is still considered the biggest reference point in the history of India-China military standoffs. The outcome of that war served to cast in stone the notion of Chinese military superiority. That notion seems to have continued into modern times, still having ramifications for bilateral ties and India’s China policy.

While the 1962 war helped set the tone of the narrative for decades to come, there have also been many instances when China had to face setbacks after initiating aggression against India. Here’s looking back at a few of them.
MALDIVES 2019
Yameen the dictator created the worst constitutional cridis in Maldives in 2018 on the backing of the Chinese. It was then reported that the Indian Armed Forces were on standby for “deployment at short notice” on potential operations in Maldives, ranging from the evacuation of nationals to a military intervention akin to that in the 1988. Side by side Shanghai reported that eleven Chinese warships had sailed into the East Indian Ocean amid a constitutional crisis in the tiny tropical island chain of the Maldives now under a state of emergency.

Though coming to know of the Eastern Fleet of the Indian Navy exercising with the Andaman& Nicobar Command Components in seas off Andaman, the Chinese Flotilla turned tail and reentered Natuna Sea through Sunda strait.

The 72-day standoff began in June 2017, when Chinese troops attempted to construct a road near Doklam plateau inside Bhutan, close to India’s border. Indian troops stepped in to prevent the construction of the road in the territory claimed by Bhutan as it lay close to an Indian highway.

Doklam, located at the India-Bhutan-China trijunction, is an important point for all three countries. According to reports, China has long induced Bhutan to barter Doklam with some other territory.

Following skirmishes at Doklam, India warned China that the road construction will have an impact on the status quo with serious security implications, and suggested that both sides pull back troops for any talks to take place.

After 6 weeks of diplomatic talks the two countries reached an agreement to pull back military personnel from the site. While Chinese removed troops, equipment and tents by 150 m into its own territory, Indian troops returned to their original positions.

The Nathu La conflict is better known as the India-China war of 1967. In a strong message to China that the mistakes of 1962 won’t be repeated, India landed a stern blow on the PLA’s pride at the Nathu La post.

Repeated infiltrations kept happening despite the verbal warnings, which later turned into a scuffle between two sides.

On 6th September the Chinese went back to their own territory. After that, the Indian Army decided to de-escalate the tension and lay wire at the perceived border for which the work was to start on the morning of 11th September.

Clashes reportedly erupted again between India-China on September 11 when PLA launched an attack on Indian post at Nathu La where the wire was being laid. In retaliation, Indian troops opened fire from the artillery observation posts which destroyed the Chinese bunkers. The conflict lasted till 15 September 1967 and resulted in a major setback for China with the loss of 600 soldiers.

After the September humiliation at Nathu la, the Chinese shifted the action to the Cho La post.

According to reports, Chinese troops intruded into Cho La sector on October 1, 1967, claimed the region and raised questions on Indian Army’s position there. Arguments soon turned into a fight, and although China eventually lost, the lives of 88 Indian Army personnel were lost and 163 were wounded, according to Defence ministry data.

The 1987 Standoff At Arunachal Border

20 years after Nathu La and Cho La, China again raised the border bogey when India granted statehood to Arunachal Pradesh in 1986. This led to heated protests from the Chinese; Sumdorong Chu standoff (1987) in Arunachal Pradesh is said to be one of those incidents when India and China were on the verge of war.

In 1986, the Chinese army reportedly crossed LAC and entered the Sumdorong Chu valley in Arunachal Pradesh and started building helipads and permanent structures. Later, the then Indian Army Chief Gen K Sundarji launched Operation Falcon. With the help of Indian Air force (IAF) several battalions were airlifted and were dropped at the Sino-Indian border. The Indian army stood at the border eyeball-to-eyeball with Chinese troops until the PLA agreed to back off.

This happened after ND Tiwari, the then External Affairs minister, visited Beijing in May 1987. The move sent out a clear message that India had no intention of aggravating the situation at the border.

After this, the first formal meeting to discuss “the freezing of the situation” since 1962 was held. At the meeting, both sides agreed to discuss the matter on the table. It would eventually lead to the pact of 1993, where the two countries agreed to ensure peace along the LAC.