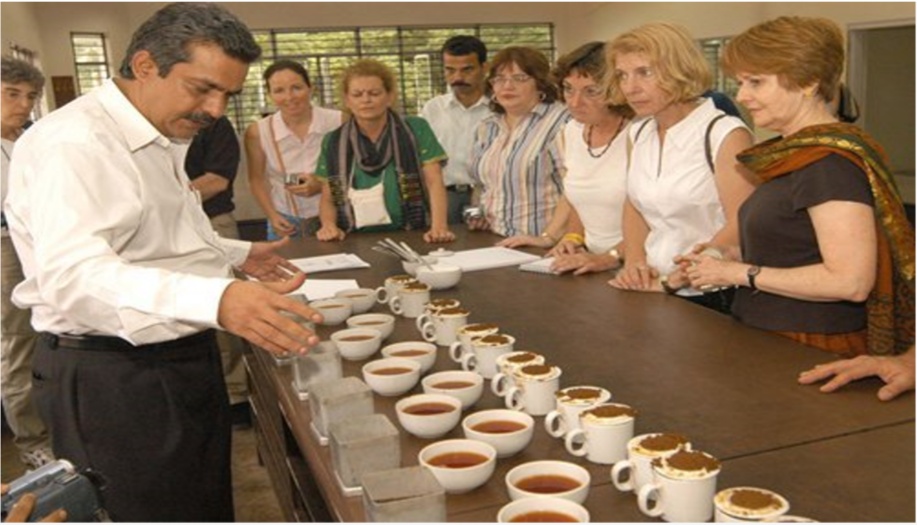 A rare Assam tea has sold for a world record price at auction in India, highlighting a boom for speciality teas while the industry as a whole is in crisis.

An unidentified Belgian trader bought the tea through a local agent, an auction official said.

Guwahati Tea Auction Centre Secretary Dinesh Bihani said it was a record price at auction, shattering the 50,000 rupees a kilogram paid for some Manohari Golden tea the day before.

Buyers from Germany, Britain, the US and Iran are active in the Assam market and higher prices are believed to have been paid in private sales.

The company is bouncing back from having been declared bankrupt in 2018 when it was taken over by Indian tycoon B.R. Shetty.

Production is a “tedious process” however, he added.

“The buds are plucked on specific dates depending on climatic conditions, rolled by hand and dried in sunshine.

“The whole process is very natural and there is no machine involved,” Jain said.

He said only 35 kilograms of the tea was produced this year and only two kilograms were offered at this week’s auction.

“We are very happy with the record price. It indicates that there are buyers for quality tea and this is a good news for the tea industry in Assam,” he said.

The Assam Company India has 14 gardens across the northeast state and produces more than 10 million kilograms a year of black teas and other varieties.

While Maijan Orthodox and other rare speciality teas from the region are booming, the Indian Tea Association (ITA) this week appealed for state and central government aid to keep up prices of ordinary teas.

It wants authorities to ban expansion of tea production in at least five key areas.

The association paid for newspaper adverts which said the tea industry, which employs more than 1 million people, is in crisis.

“While the average selling price has almost remained stagnant, the average cost of production is increasing leading to incurring of loss by the gardens,” the appeal said.