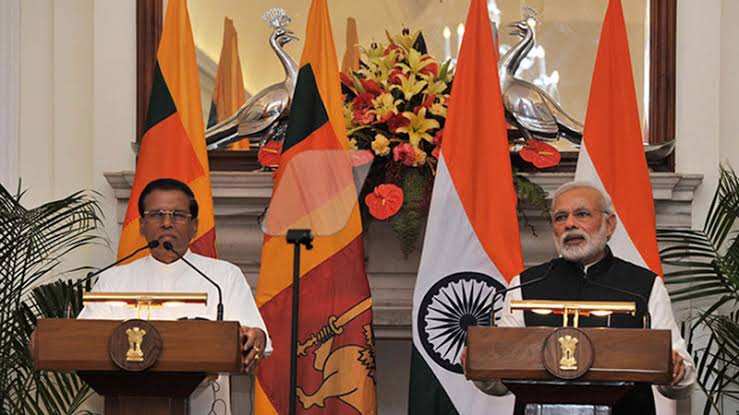 “We are observing the rise of Quad as an exclusive military alliance. That is the problem. If Quad is aiming at economic revival, there are no issues.”

After taking over as foreign secretary in August, Jayanath Colombage had told a Sri Lankan newspaper that the Gotabaya administration was going to take an “India First ” approach in its regional foreign policy. His words are clearly targeted to calm the unease in New Delhi over the return of the Rajapaksa family to power.

Colombage also underlined that India had to also imbibe the message that Sri Lanka will not undermine India’s strategic security. “Our president and our government has been reiterating this again and again and again”.

He even Saud that President Gotabaya Rajapaksa had also conveyed this message to US Secretary of State Mike Pompeo. “Yesterday (October 28), I will confess to you, in front on Mike Pompeo, our president said that as long as I am in power, I will never allow to harm India’s strategic interests. I was very happy when he was reiterating this to secretary of state.”

With Australia set to join the Malabar naval exercises next month, Sri Lanka is saddled with questions about the potential rise of the ‘Quad’ as a military alliance and the securitisation of the Indian Ocean.

“We are watching what is happening in the Quad. Do we really need a quad? Will Quad not give rise – not to a cold war – but at least a cool war in the Indian ocean? these are some of our concerns…,” said Colombage.

The ‘Quad’ is the term for the informal grouping of four countries – the United States, Japan, India and Australia – which first met in 2007. However, due to an objection from China, Australia had withdrawn from this format and it went into dormancy.

With the US championing the Indo-Pacific strategy, the Quad resumed its meeting at senior official level in 2017. The format was elevated to a ministerial level on the sidelines of the United Nations General Assembly, last year. This time, the Quad foreign ministers met for the first time in Tokyo earlier in the month.

A week after the Tokyo meeting, India invited Australia to join the trilateral Malabar exercise, which already included Japan and the US.
Referring to Australia joining the Malabar exercise, Colombage noted, “We are observing the rise of Quad as an exclusive military alliance. That is the problem. If Quad is aiming at economic revival, there are no issues.”

He then went on to admit that Sri Lanka does not have a say in this, with these decisions being the preserve of the “major powers” in Indian Ocean. “Of course, (Indian external affairs minister) Mr Jaishankar… said that the Quad is a very natural evolution outcome of a more multipolar world. Well, if that (leads to)…a more inclusive multipolar world, I think that Sri Lanka as a small country will be very, very happy”.

He pointed out that Sri Lanka was at the intersection of two strategic policies in the Indian Ocean. “Unfortunately, or fortunately, Sri Lanka is at the crossroad of both – (the United States’) Indo-Pacific as well as (the Chinese) Belt and Road Initiative.”

He noted that Sri Lanka was “very conscious of the militarisation of maritime trade. “It is a fact that from 2009 till now, 550 warships from 28 countries have visited Sri Lanka. That is a huge number. That is an indication of how militarised this region has become.”

While referring to the key pillars of Lankan foreign policy, the former Sri Lankan naval chief, Colombage asserted that Sri Lanka was a “neutral” and “non-aligned” country. “…we don’t want to be caught up in this power game. This was reiterated by our president when the Chinese vice premier visited Sri Lanka just two weeks ago and yesterday (October 28) when Mike Pompeo visited.”

China’s senior diplomat and a high-ranking communist party political bureau member, Yang Jiechi had visited Sri Lanka in the second week of October. It was followed just two weeks later by the visit of the US secretary of state who was on a multi-nation Asian tour.

China has consistently been among Sri Lanka’s top foreign investors. Chinese investment in big ticket infrastructure assets like ports has caused considerable concern in New Delhi over the years. The election of Gotabaya Rajapaksa in the presidential elections had led to anxiety in India that China will return to a dominant position in Colombo.
The Sri Lankan foreign secretary indicated that New Delhi should not be concerned.