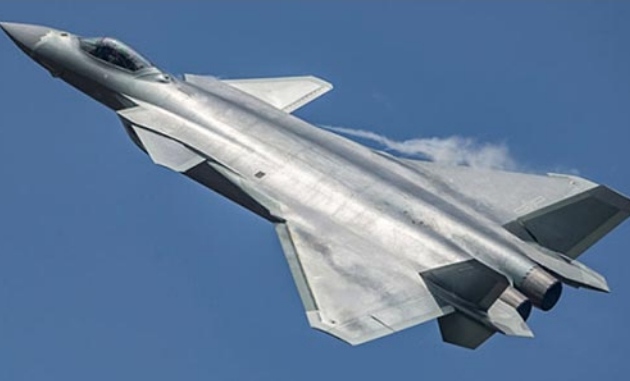 17 Squadron Golden Arrows, IAF at the Ambala Air Force Station has now started flying the five Rafales which landed on July 29, 2020. Chinese security experts have been raising doubts over the French fighters since long. As per them it cannot match their country’s J-20 fighters which they have been claiming have stealth.

China has been claiming that the latest fighter joining the inventory of People’s Liberation Army Air Force (PLAAF), Chengdu J-20 is a 5th Generation Stealth fighter and superior to the Rafale. However after the landing of first set of Rafales at Ambala, now a Global Times article which tries to find faults with the French-made jets has instead downgraded the J-20 to a 4th Generation combat aircraft.

The much confused Global Times article quoted Chinese military expert Zhang Xuefeng as claiming that while Rafales are superior to Sukhoi Su-30 MKIs in some combat performance areas but are basically a “3rd Generation” aircraft. Zhang Xuefeng went on to claim that Rafales are only about one-fourth of a generation more advanced that Su-30MKIs and hence “does not yield a significant qualitative change”.

Rafale, the 4.5 Generation fighter joining the Indian Air Force (IAF), has changed the aerial warfare dynamics with both Pakistan and China lagging far behind the superior technology and weapons package of the French-made combat jet.

“Thanks to its AESA radar, advanced weapons and limited stealth technologies, the Rafale is comparable to other third-plus generation fighter jets used by other countries, but it will find it very difficult to confront a stealth-capable fourth-generation fighter jet,” stated the Global Times article.

As the Global Times article mentions that the J-20 is a 4th Generation fighter, it cannot possess stealth technology. On the other hand, Rafale is a 4.5 Generation jet with a design ensuring a reduced radar cross-section (RCS) and infrared signature to evade enemy radars. IAF Su-30MKIs are 4th Generation and Global Times article now puts China’s so-called most advanced jet in direct competition with India’s Sukhois.

In military aviation, 4th Generation aircraft do not have stealth capabilities and IAF Sukhoi Su-30 MKIs have been able to track the J-20s. In May 2018, Sukhoi Su-30MKIs on a sortie in Northeast India used their radars to see and track PLAAF J-20 fighters flying over Tibet.

Even former IAF Air Chief Marshal BS Dhanoa (retd), who played a key role in the Rafale deal and whose initials BS are used as part of the tail number on the jets, had categorically pointed out that Rafale “is a game-changer, and the Chinese J-20 does not even come close”.