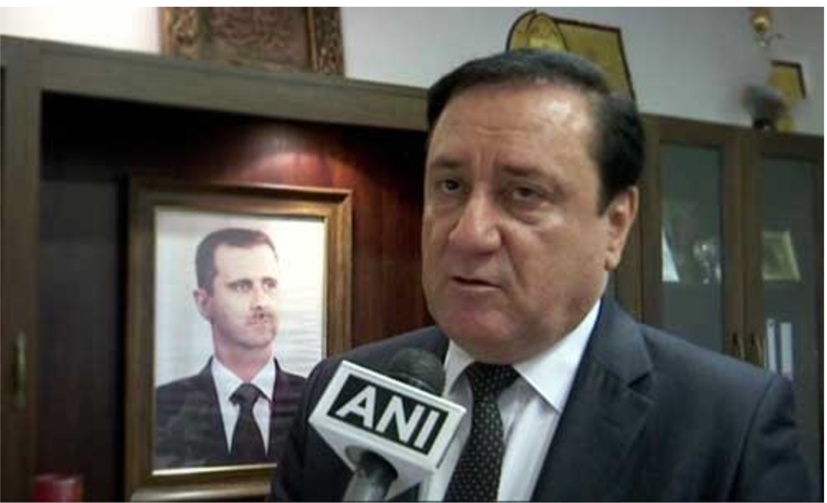 Turkey on October 9 began its military operation in north-east Syria to remove Kurdish-led forces from the border area. The move came days after the US announced it was withdrawing its troops from the region, leaving the Syrian Democratic Forces (SDF), without American military support.

For this interference Turkey has been criticized by most of the countries of the world. India has also warned Turkey for this kind of action and stands fully with Syria. India had also called upon Turkey to exercise restraint, respect the sovereignty and territorial integrity of Syria, and urged for the peaceful settlement of all issues through dialogue and discussion.

The Syrian envoy welcomed India’s position on the military operation launched by Turkey in north-east Syria and said that his country looks forward to enhancing the relations with India “which has a strong voice in the international arena under a leader like Prime Minister Narendra Modi.”

“The Syrian government and the people of my country highly appreciate the India government’s stand on the matter,” he said.

India had expressed deep concerns over the unilateral military offensive by Turkey in north-east Syria, saying that Ankara’s actions can undermine “stability in the region” and has the potential for causing humanitarian and civilian distress.

“We are deeply concerned at the unilateral military offensive by Turkey in north-east Syria. Turkey’s actions can undermine stability in the region and the fight against terrorism. Its action also has the potential for causing humanitarian and civilian distress,” the Foreign Ministry had said in a statement.

India’s decision to end the special status of Jammu and Kashmir is an internal matter, Syrian envoy to New Delhi Riad Abbas said on Monday, adding that any government has the right to take decisions to protect its citizens.

“Every government has the right to do whatever it likes on its land to protect its people. We are always with India on any action,” Mr Abbas told news agency News Agency.