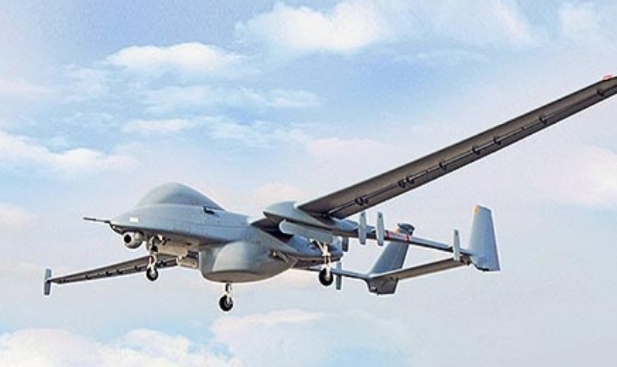 In a stand-off with an intruding Chinese People’s Liberation Army (PLA) at four points in East Ladakh, Indian Armed Forces have increased technical drone surveillance of the area. Also a few more battalions of Central Police Force, the Indo-Tibetan Border Police (ITBP) has been inducted in Ladakh Zone to increase the policing density along the Indo Tibetan Border.

The decision to induct ITBP battalions to increase the policing density of the Border was taken on June 20 after Director General Military Operations, India, Lt General Paramjit Singh and Director General (ITBP and BSF) S S Deswal visted Leh to be briefed about the ground situation. The DGMO was briefed by the XIV Corps Commander Lt General Harinder Singh on the the stand off with PLA. Though it is not clear from the reports whether the ITBP Units have been placed under the operational Command of the Army.

Meanwhile Chinese Government had placed the People’s Armed Police Force under the Central Military Commission. Also the Chinese Coast Guard and the Armed Maritime Militia have also been placed under the CMC.

With the Narendra Modi government giving a clear mandate to the Indian Army to repel any PLA transgression along the LAC, the military and the National Technical Research Organization (NTRO) have been asked to deploy more surveillance drones in the area so that the battle theatre becomes more transparent. While the army has been given clearance at the highest levels to acquire more drones, the Israeli Heron medium altitude long endurance drone currently being used by NTRO is providing technical surveillance of the area.

The Chinese PLA has the unproven armed drone Wing Loong in its inventory; India is also looking to acquire armed drones from either Israel or the US.

According to government officials familiar with the matter, the ITBP force accretion is being done to ensure that all 65 (some say 62) police patrolling points along the 1547 km LAC in East Ladakh are fully patrolled, thereby detecting any PLA Intrusion and alerting the Army at once.

PLA may still try to expand the scope of its dispute with India by engaging in more areas. The ITBP operates under the operational command of the Indian Army in the event of hostilities, and undertakes patrols in conjunction with the military in peacetime; it already has at least 7,000 men on ground. The briefing of DGMO, who has served as Corps Commander of Nagrota in J &K, and attended by DG (BSF and ITBP) was done to ensure that the Indian Army and the Border Guarding forces are on the same page in case the red flag goes up.

specialised army units, trained in mountain warfare to fight on the Himalayan front, have now been pushed up to the frontier. Unlike the PLA, which moves in infantry combat vehicles that use paved metalled roads, the Indian mountain troops are trained in guerrilla warfare and in high-altitude combat, as demonstrated during the 1999 Kargil War.

“The art of mountain fighting is the toughest, as the cost of human casualties is 10 to each troop of the adversary sitting on a height. The troops from Uttarakhand, Ladakh, Gorkha, Arunachal Pradesh and Sikkim have adapted to the rarefied heights over centuries and hence their capability of fighting is close-quarter combats is without match. The artillery and the missiles have to have pin-pointed accuracy or else they miss the mountain target by miles,” said a former Indian Army chief.

The Tibetan plateau is flat on the Chinese side while the Indian side starts from K2 peak in Karakoram, to Nanda Devi in Uttarakhand, to Kanchenjunga in Sikkim, and Namche Barwa across Arunachal Pradesh border. “In mountains, it is not only difficult to capture territory but more difficult to hold it,” a China expert at South Block said.

The officials cited in the first instance said that India is willing to play the long game. “Our battalions lined up with armoured personnel carriers and artillery. India will not instigate or precipitate any skirmish but will reply to any transgression. The days of LAC nibbling are over. This is a battle of nerves and India is prepared to wait, come snow come sunshine,” said a senior minister who asked not to be named.

The officials added that the Modi government is unhappy that Chinese President Xi Jinping did not rein in PLA western theatre commander General Zhao Zongqi, who, according to China watchers, is keen on imposing the 1960 Eastern Ladakh map based on claims on Indian territory.

This map, in which China claims territory up to Kongka La, was unveiled by former Chinese premier Chou En Lai, who led the country during the 1962 conflict. Indian officials said that it was in an attempt to set aside historical baggage that Prime Minister Narendra Modi initiated the Wuhan and Mamallapuram summits so that the two leaders could promote the bilateral relations after the 73-day Doklam face-off in 2017.

While both India and China are diplomatically engaged to de-escalate the situation, the instructions to the ground forces are to not to allow any transgression by the PLA at any cost. “ PLA soldiers use vehicles to reach their posts; our troops are trained to climb and then fight. Thanks to adversaries on western and northern borders, Indian infantry has learnt the art of fighting at the highest heights be it Siachen, Karakoram, Lipulekh or Thag la,” said a senior military commander.