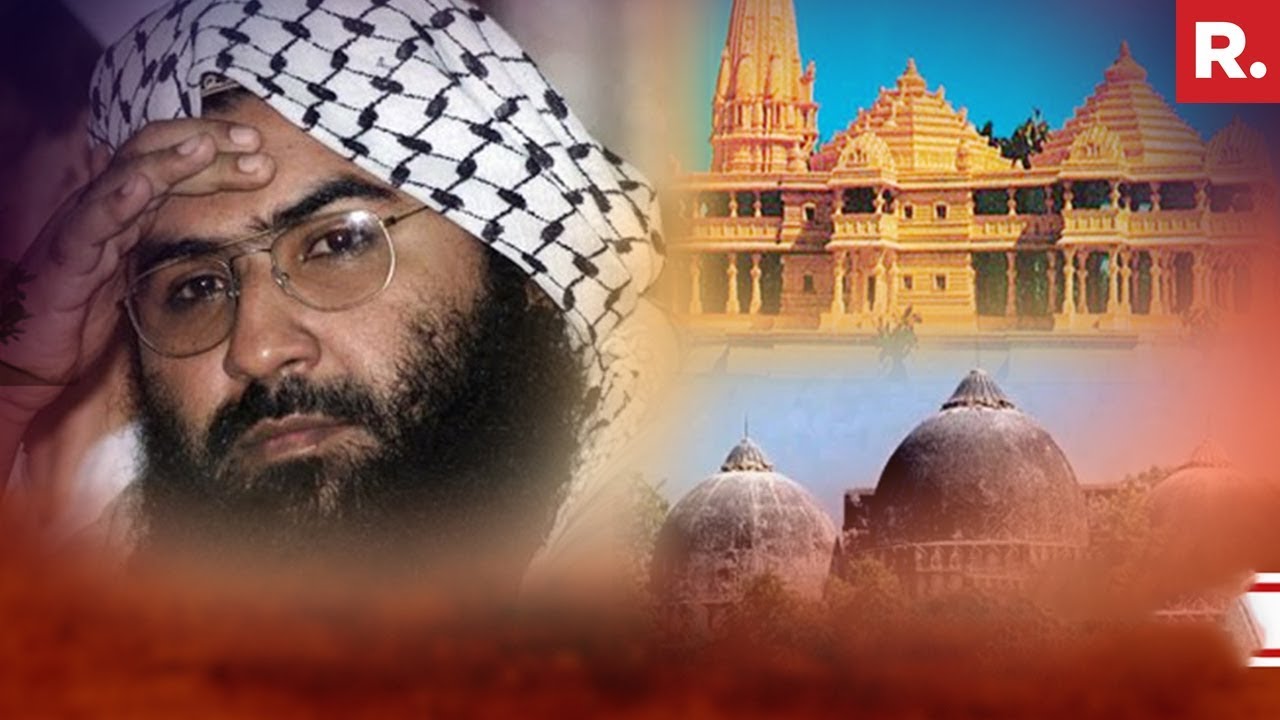 International Terrorist Masood Mazhar, heading the banned Pakistani terror group Jaish-e-Mohammad has in a statement welcomed conversion of Hagia Sophia museum into a mosque in Turkey and expressed hope that Ram Mandir in Ayodhya would also become a mosque at some point in time.

This terrorist needs to be punished by India, either by bringing him to India and putting him through the legal procedure or be hunted down through aerial strikes or surgical strikes.

Ayodhya has been on the radar of the JeM terrorists for a long time and terrorist Azhar had issued a video in 2018 threatening to restore the then defunct mosque to the Muslims. The issue has also been exploited by the terror outfits, including JeM, to recruit a section of the gullible youth from the minority community to join their ranks to further their nefarious agenda in the country.

This besides, such fault lines are also exploited by the Pakistan Army-ISI and their jihadi cohorts to get traction of the fringe elements of the minority community to disturb harmony by enlisting their support for logistics and supporting their sleeper cells to carry out terror attacks.

The JeM has been responsible for major terror attacks in India beginning from the hit on the Parliament House in 2001 to Pathankot Air Base and Army Base in Uri (2016) and Pulwama (2019) among others.

Intelligence assessments here suggest the Jaish could target multiple controversial religious sites in the region, including in India, ahead of Muslim festival of Bakrid later this month. The Intelligence agencies are seized of the issue and counter-measures are being planned accordingly, sources said.

Interestingly, Azhar has also justified the hostage taking of people, including seven Chinese engineers, at Lal Masjid in 2007. China had defended Azhar against India’s bid to ban him by the United Nations. Azhar is also believed to be harbouring some Uyghur groups that are waging a struggle against Chinese oppression in the Xinjiang province.

Meanwhile, the Tahreek-e-Taliban Pakistan (TTP) or the Pakistani Taliban has upped the ante against the Pakistani security forces and fatally hitting them almost on a daily basis. The outfit is also opposed against exploitation of the local resources by the Chinese through mining rights and other projects in the China-Pakistan Economic Corridor (CPEC).

The Pakistan-Army and ISI have also formed fictitious Baloch groups to target Chinese interests and extract more funds from Beijing to provide security to their business interests, a counter-terrorism expert said.

The TTP operates along the Pak-Afghan border inhabited largely by the tribals and is opposed to the oppression of their lot by the Pakistani Army and other agencies.

The way Azhar has forcefully mentioned Hagia Sophia, Babri Masjid and Lal Masjid in his speeches and internal communication indicates the terror group, under the patronage of the ISI, has hatched a grand conspiracy to execute some major nefarious designs.

During the last six months, both Azhar and Lashkar-e-Tayyaba have praised the Turkish President Recep Tayyip Erdogan about five to six times. This could be an indication that the terror masterminds see a godfather in Erdogan.

Time has now come for India to openly declare war on terrorism and in particular on LeT and its leadership. Pakistan should be asked to hand over these terrorists or be ready to face the consequences.