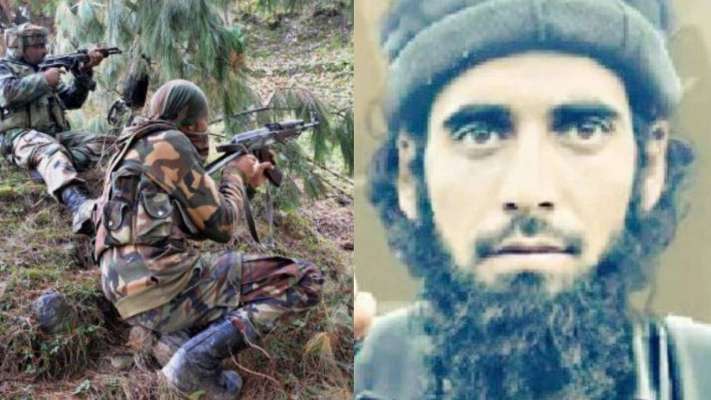 In a big win for the Army and the Central security forces, Zakir Musa’s successor and chief of Kashmir’s al-Qaeda unit, Hamid Lelhari, was gunned down last evening. According to the Kashmir Zone Police, arms and ammunition were recovered from the site.

Al-Qaeda affiliated Ansar Ghazwat-ul-Hind (AGH) had named Hameed Lelhari as its new commander after Zakir Musa’s death in May, 2019. Hamid Lelhari and two of his local associates were killed in an encounter in Awantipora on Tuesday evening. The encounter began in the outskirts of Awantipore as the Army and the security forces jointly launched a cordon and search operation following inputs about the presence of terrorists.

Hamid Lelhari was announced AGH chief two weeks after Zakir Musa was gunned down by Army . Hameed Lelhari, 30, was a native of Pulwama. Zakir Musa was al-Qaeda’s head in Kashmir since July 27, 2017. He was earlier heading Hizbul Mujahideen, after the killing of Burhan Wani in 2016.

Musa was declared a proclaimed offender by a special court of the National Investigation Agency in Punjab’s Mohali earlier this month in connection with serial blasts in Jalandhar in September last year. Army however, killed AGH chief Zakir Musa in an encounter in a village in South Kashmir’s Tral on May 23.

Police had termed Zakir Musa’s killing as a major success for security forces as he was wanted in a series of terror crimes over the past six years. Al-Qaeda affiliated Ansar Ghazwat-ul-Hind (AGH) had named Lelhari as its new commander after Zakir Musa’s death in May. Musa, the founder of the AGH in Kashmir, had vowed allegiance to the Al-Qaeda and was killed in an encounter in May.
Addressing a press conference, a day after the three terrorists were killed in Tral area of south Kashmir’s Pulwama district, the police chief said the operation was carried out following a tip-off from the local police.

“All the killed terrorists as per police records were part of the Zakir Musa group and were wanted by police for their complicity in a series of terror crimes, including attacks on security establishments and civilian atrocities,” Singh said.
The police chief said the anti-terrorist operation had dealt a severe blow to the AGH.

According to Singh, the Pakistan-based Jaish-e-Mohammed was also trying to coordinate with other terror groups, including the AGH, in Kashmir to carry out attacks.

The police chief also said a “sizeable number” of terrorists had infiltrated since August 5, when the Centre announced that it was revoking Jammu and Kashmir’s special status and bifurcating it into two union territories.

“(It is) difficult to give a number of terrorists who have come in after August 5. But their number is sizeable that much I can say,” he told reporters in response to a question.

“Their sightings have taken place at a number of places in north as well as south Kashmir. Going by that, we feel the number is sizeable. It is not that big that we should be very worried about it. As it happens, they send some number, we deplete some number. So, therefore, that process is on,” he said.

Asserting that the decline in terrorism was troubling Pakistan, Singh said it was the reason the neighbouring country was pushing in terrorists through infiltration attempts.
“Few terrorists have infiltrated, but many of their attempts have been rendered unsuccessful. Ceasefire violations are on in Rajouri-Poonch, Hira Nagar-Samba, Karnah-Uri, Machhil, Keran and Gurez sectors and it has become a routine. Whenever Pakistan violates the ceasefire, its attempt is push in more terrorists .. (Pakistan) Army and ISI are fully involved at ( terrorist ) launch pads near the LoC to push in terrorists,” he said.

Asked about the detention of youth in Kashmir following the Centre’s decision to abrogate Article 370, he said there is a lot of misinformation and propaganda.

Some “very responsible media circles”, he added, quote figures without verification or without getting in touch with them. Most youth picked up were let off after counselling.

“In fact, overall also if you see, out of every five persons who were arrested, four were left and only about one was retained. We are not fond of keeping people in our custody unnecessarily. All the detentions were aimed at the maintenance of public order,” he said.

According to Singh, no one has been tortured and no youngster or teenager or juvenile arrested or detained.

“In some cases, where the age was doubtful, that age has been verified and after verification, we have taken legal action. And wherever a juvenile was arrested, provisions of the Juvenile Justice Act were followed very strictly…,” he said.

The DGP said arrangements had been made for local body polls and they will be peaceful.
There were apprehensions that youth would join terrorism after the Centre’s August 5 decision but those were unfounded, the police chief said.

“People had apprehensions that youth will join in huge numbers. But… very few youth have joined terrorist ranks in this period (since August 5)… Five to six youth are missing, but we cannot confirm that they have joined terrorism . There can be other reasons as well, he said.

In a separate encounter, three other terrorists were killed South Kashmir’s Pulwama region.

The third terrorist has been identified as a local terrorist . 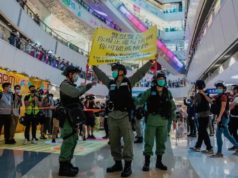 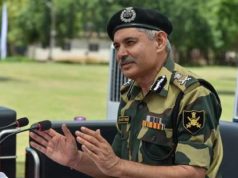 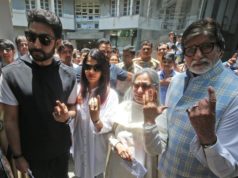