An interesting narrative from Veteran Wing Commander Unni Kartha, 37/Foxtrot Sqn, former test pilot. Those who have been thru’ the mill will be able to relate to its contents. 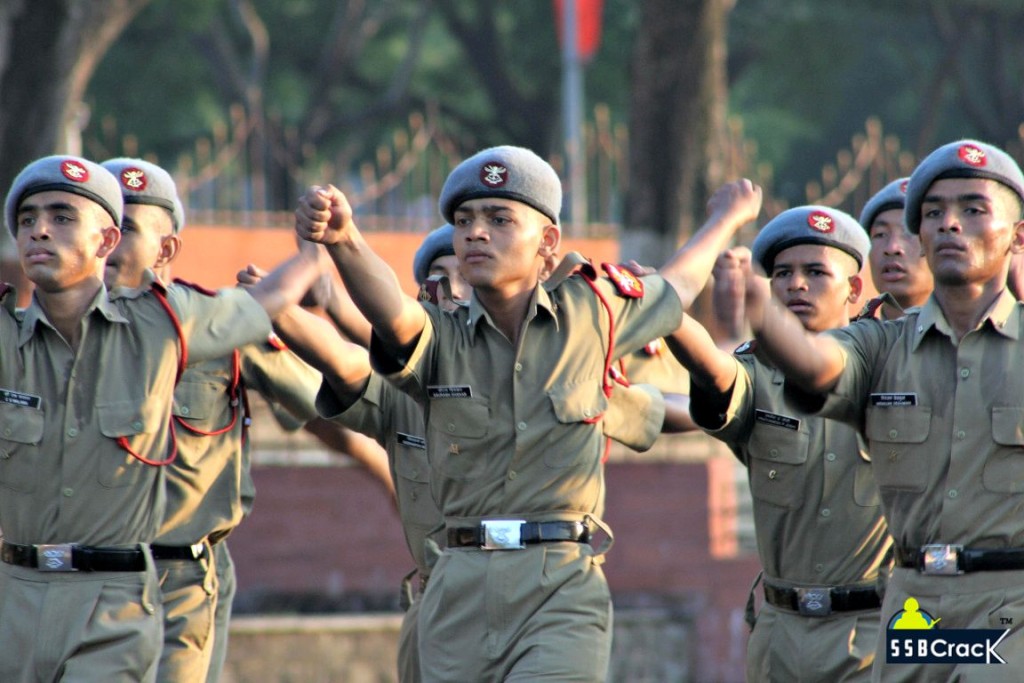 In 1979, ten years after leaving NDA as a cadet, I was posted back there as a Divisional Officer (Div Oh). Despite an appeal to put me in Foxtrot Sqn, where I spent time as a cadet, I was given the ‘Warder’ type job in ‘Bravo’, much like a convict denied ‘A’ class privilege in Tihar Jail. Once I overcame the initial reluctance, more of a mind-set and dislike of Bravo Sqn formed as a cadet, I found that the convicts from 57 – 62nd in my charge in No 5 Div were not so bad, they were almost likable monkeys !!

The other Warders and the Chief Warden (Squadron Commander) were my old friends and peer group, including VPPS Gusain my course mate We were all newly married, and hence I settled into a peaceful and enjoyable tenure, except when the convicts acted wonky and cranky once in a while. I then simply set the clock 10 yrs backwards and behaved like a 5th term Sgt Cdt and gave it back to them front roll by front roll, and sometimes hunching up the central staircase, tricks that I had mastered as a cadet. To be honest with you, the only qualification that I had for the job was that I was a juvenile delinquent and a master criminal in my days in Foxtrot Sqn ten years earlier. And ten years had changed nothing, I perceived life as though I had not left the academy even for a day.

‘March him up’, I would order the Cadet Sargent Major (CSM).

‘Get rolling’, I would say to the cadets before I took their statement or read the charge. I never took statements, because it reminded me of a stupid Punjabi joke about a lady complaining to a ‘Thanedar’ that her ‘Statement’ was swollen and bleeding from repeated statements taken by the Constables. The charge sheets were frivolous and not worth reading. Front rolling was more fun any way.

Life sailed past clam water for a while, till my ward Cdt HKM got marched in for a very serious charge that was likely to get him withdrawn.

‘I say, this bugger is going to give Bravo a bad name’, my Sqn Cdr, the Chief Warden, told me before lunch break. ‘How can he do a thing like that ?’, he moaned and passed me the charge sheet to deal with. It was a complaint from a young lady instructor in the Geography Dept, hired by NDA on temporary basis. The charge was forwarded by the Department Head, to the Dep Com via the Principal, who in turn had sent it to the Battalion Commander and then to the Chief Warder in Bravo Sqn. All of them had scribbled in 70 mm technicolour ink, all of them baying for HKM’s blood. HKM was as good as dead even before the bugle was blown.

The original complaint from the lady instructor said, ‘Cadet gives bad looks and strange knowing loaded smiles’. The Dept Head had added, ‘Bad behaviour with sexual connotation’. The Dep Com had scribbled, ‘Lack of Officer Like Qualities?’. I had no idea what all of that meant, except that HKM could as well start walking backwards towards Khondwa gate, on his way home.

I never felt so sad and unhappy as of that moment. HKM was one of the best behaved of my convicts, one of the best sportsmen in my team, a very handsome muscular kind, a younger sibling whom I had learnt to love and be proud of, someone in whom I had great confidence that he will one day make a very fine officer in the Air Force.

‘March him in’, I said sadly to the Sqn Subedar that afternoon, a special sessions court in my office at 3 O’Clock. I did not go home for lunch.

‘Now tell me what did you go and do to that lady geography teacher ?’, I asked with a forced smile.

‘What teacher, which lady…………I did not do anything Sir’, he said in utter consternation.

‘HKM, you are in shit, you better tell me the whole story.

He told me his story, I believed him. We sat for a long time talking, this and that, life and times of a cadet in geography class of a lady teacher.

‘Sir, give me a couple of days to investigate this matter’, I told the Sqn Cdr later that afternoon.

‘You got yourself one day, after that we march him up to the Bat Com’, he said with finality.

I sat brooding and thinking gloomy thoughts in my office till around ‘Study Period’. I went down to the CSM’s cabin and asked him to find me a PT Kit (OG socks, Jersy and Shorts) that fit me. I also borrowed a cycle, a satchel and some books. I then checked on the time table for a course that had Drill followed by PT and Geography class before breakfast.

That night, I got drunk and shaved off my moustache that I had painstakingly irrigated and cultivated to look different from a cadet, a more grown up sort.

‘Ayyyeeeee, you look such a Bacha’, my wife complained that night and refused to kiss me. Either it was the rum smell on my breath or lack of moustache, I didn’t ask her.

Next morning, after drill, when the course came for PT at the gym grounds, I joined them and did everything that they did, sweating copiously like them. I asked them with a wink and a smile not to identify me as an officer, just to treat me as one of them. I then cycled with them to the Geography class. By then the cadets knew that there was a conspiracy at work and that I was up to mischief. They ignored me completely.

I sat myself in the front row, just in front of the ‘Instructor’s Desk’ with my Khaki satchel and books.

‘Class Saav Dhan’, the senior cadet announced very loudly when the lady teacher walked in. She got so scared that she almost stumbled. I saw that she was very good looking, fashionably dressed, and very young, about 20 or 21, only a few years older than the cadets. As the class went on, I noticed that she was an excellent teacher, very knowledgeable and intelligent. However, she looked miserable, very intimidated. She would often preen her hair, bat her eye lids, her lips quivered. When she turned her back to write on the board, she would suddenly turn around to look, as if she was afraid that someone was going to attack her. I found the cadets most attentive and very well behaved, though the atmosphere in the room was stinking. Unwashed OG socks, sweat and body odour, all powerful male smells, testosterone stuff from thirty odd horny, healthy, over energetic, sporty Alpha male gentlemen who had just worked off 4000 calories during high energy drill and PT.

In one of those moments when she looked at me, I opened my eyes wide, and raised my eyebrows, as if staring, just as HKM may have done.

‘Why are you looking at me ?’, she suddenly turned on me.

‘I am not looking at you Mam, just feeling sleepy’, I told her opening my eyes wider and raising my eyebrows once again, just as HKM may have done.

‘Stand up’, she demanded taking a step backwards. She had her back to the wall now. ‘What is your name and number ?’, she asked.

‘Sit down, don’t look at me’, she commanded rather shakily.

I sat down and kept my head down, doodling in my notebook. After a while she noticed that all cadets were looking down and smiling surreptitiously. She got more intimidated and unreasonably agitated.

That really got her goat.

‘I will put you on charge’, she said.

She ran off from the class.

I went to see the Bat Com later that morning with my Chief Warder in tow.

I told them the story. ‘Sir, wait till this afternoon, if a charge sheet comes against 7271, Cdt Cyclic from Bravo Sqn, you will then know what is the problem’.

‘What is the problem ?’ asked my very jovial, affable and highly energetic Naval Bat Com.

‘Sir the problem is very simple, it is to do with nature’, I offered an explanation. ‘It is to do with Testosterone. It is very intimidating for a very young women, in close proximity, in the midst of thirty odd very healthy sweaty Alpha males, especially if she is closeted in confined space along with them. The woman begins to perceive that she is getting unwanted attention, even if the males are all behaving themselves. Cdt HKM was simply feeling sleepy and he was desperately trying to keep his eyes open and the lady perceived that he was making eyes at her, just as she thought I was doing’.

There was nail biting suspense till 3 O Clock that afternoon.

The Bat Com called at 4 O’clock.

‘It seems Bravo Sqn has bad discipline and OLQ, on epidemic proportions, at least that is what the Dep Com thinks. I am going to relegate this cadet 7271 Cyclic, do you know where to find him ?’, he asked.

‘Don’t know Sir’, I said with all sincerity. ‘Bravo Squadron does not have any such cadet. If you say so, I will check out amongst the Div Ohs Sir’, I offered.

‘No, it is alright, I will go and see the Principal and see what can be done about Testosterone’, he said. I could hear him giggling even without the telephone.

I think the Commandant pulled strings with the ‘Dean’ of the Poona university to get the young lady a permanent professorial post in a girl’s college. She left NDA soon afterwards. She deserved no less and I am sure she would have gone on to be an asset to the teaching profession and an excellent role model for the young ladies in Poona. NDA cadets did not deserve her talents. NDA cadets deserved bull shitters as instructors, the rascals with equal level of testosterone as the cadets.

I went back to what I was good at.

‘Get rolling’, I would demand daily while writing fictitious reports in their Dossiers.

Once in a while I would change the tune, ‘Get Haunching’, I would say.

HKM front rolled his way through NDA and followed me to the flying school where I was then posted as a flying instructor. In the air I continued to say ‘get rolling’ and the bugger would do ‘Barrel Rolls’ with the same precision as the front rolls back in NDA. He was a very good pilot, got commissioned and is now a senior and illustrious officer of the IAF. All because of his conscientious hard work and attitude. All to his credit.

Me ? I was a bad instructor with ‘attitudinal inadequacy’. I have a strong suspicion that HKM still makes eyes at all the pretty girls, just as I do. I blame it on testosterone level, bloody heady stuff found mostly in ex NDA types, the ‘Rascals’.