The Naivety of The American Congressmen With Respect To India 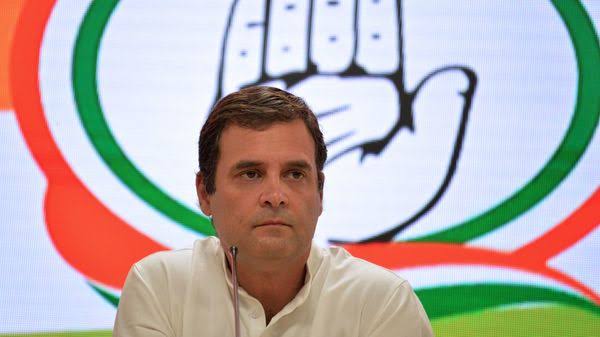 India cannot be dictated by pompous American law makers or rather law breakers as they really are of International laws The Indian Government will certainly not permit any visiting members of the United States Congress or other foreign officials who wish to visit Jammu and Kashmir. When things become totally normal then all those who wish to visit may do so as normal tourists. Any politicking of any kind will invite immediate deportation with may be a jail term prior to it if they step out of line of Indian laws.

In a letter written two days after a Congressional blabbering on “ human rights” situation in South Asia, with focus on Kashmir, six congressmen have asked a set of six specific questions to the Indian Ambassador, as the Ambassador had already accorded them an open permission for the same, stating that he is available to answer any of their questions on Kashmir.
The lawmakers of USA – David N Cicilline, Dina Titus, Chrissy Houlahan, Andy Levin, James P McGovern and Susan Wild – in their letter dated October 24 said their questions were a follow up to the briefing given to them by Shringla on October 16 about the situation in Kashmir.

These Politicians in a rabid display of curiosity asked if 100 per cent of landline service had been restored inside Jammu and Kashmir, or are there were remaining outages? Probably they wished to book hotel rooms, so they wanted to know if all mobile phone service had been restored, including for those who use prepaid mobile phones? When will full internet access be restored (not just access at kiosks)?” they asked.

The letter also asked about the number of people detained under the Public Safety Act or other legal provisions since August 5 and asked Shringla to be as specific as possible. As if these American politicians then would approach the Indian Courts to seek bail for the detainees. In a display of total lack of knowledge regarding Indian judicial system they even went on to ask some real stupid questions like “Of those, how many are minors? What is the standard judicial procedure for someone detained under the Public Safety Act?” they asked.

“What is the status of the curfews that have been imposed in Jammu and Kashmir? What are the government’s plans to allow residents to return to uninhibited movement? When can we expect that?” the congressmen asked Shringla.

One of the Congressman even showed his stupidity by asking the Indian envoy to lay out the reasons that foreign journalists are still not allowed inside Jammu and Kashmir. When will they be allowed to enter the region? This Congressman acted as if he was demanding explanation from the American President.

On the orders of the Government the internet services in the Valley were snapped along with mobile and landline telephone services. While the landline services have been restored gradually first, the postpaid mobile services were restored only last week. The prepaid services continued to remain barred. Any way this is none of a business of any other country not even the USA. And where were these gentlemen when the Kashmiri Pundits were facing holocaust in their own home a few years back.

On August 5, India in a Sovereign Act withdrew the special status of Jammu and Kashmir and bifurcated it into two Union Territories. Several security restrictions were imposed in Kashmir as well as Jammu following the decision.

India has given a statement on its decision to abrogate provisions of Article 370 that gave special status to Jammu and Kashmir and the subsequent restrictions in the state with authorities saying the ban on communication services in the Valley has helped save lives. They have also denied there was any shortage of medicines and essential supplies in the region.

The American politicians have sought free access of foreign journalists and congressmen to Kashmir, six American lawmakers have written to Indian Ambassador to the US Harsh Vardhan Shringla, claiming that the picture portrayed by India in the Valley is different from the one being told to them by their constituents. They should know that such visits has to be on reciprocal basis only. So in turn they will have to permit Indian law makers and journalists to visit Guantanamo bay, various other detention centres and Red Indian Reservations.