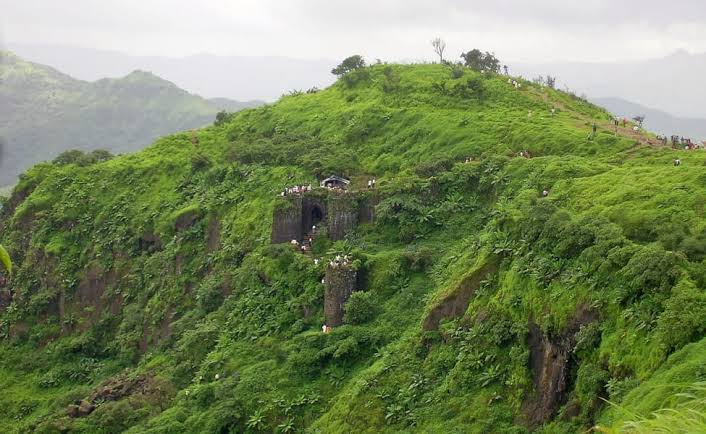 The Spring term 1969 in the National Defence Academy had just finished the Mid term break and the Academy was trotting towards normalcy once again.There were some hushed undertones in the Academy that Academy Cadet Adjutant Vijay Kumar Singh (Hunter/36), wanted the coursemates to attend ACA fall Ins.

The sixth termers would have none of it.

The old NDA tradition did not permit this sacrilege,Coursemates were coursemates and that was it.No senior- none junior,just coursemates (a tradition lasting till date).

This news was doing rounds of the corridors that sixth termers were on war path and even the Adjutant Major Canteen walla would not have this.But then ACA Pundhir was no run of the mill ACA.Finally something happened and an Academy hike to nearby Singarh Fort was announced by the Deputy Commandant Colonel HKK Shukla.

On the fateful Sunday, the Academy fell in on the PT Grounds with Maj Darshan Singh in his symbolic white dress. The first to sixth termers (36th -41 st) courses were present in FSMO.The whole exercise was done as a hike with no timelines laid down and the Academy generally walking away to the Fort site.

On top of the fort the catering staff had laid out a fabulous lunch with tons of Nimboo Paani.

The catering officer then was Major Bhatia,the best catering Officer NDA has seen.he loved the cadets and saw to it that the best cuisines were served to them.His son had joined the 38th course. Post lunch we walked back to the Academy as some of us still had the gall to go on liberty,having passed our drill square test recently.

The Singarh hike was seen as a win win situation for all,For ACA Pundhir an aim achieved by getting coursemates to task, and for the DS staff an explosive situation averted,Maj Canteen Walla had done a great job. After that event none ever heard of trying to get course mates to their fallins.

We had heaved a sigh of relief that the warring scenarios were over,till we discovered that Singarh hikes were introduced as a permanent feature by none other than the new Dy Comdt, Commodore Ronnie Perriera (a NDA legend & future Naval Chief) and he would liberally doll out Singarh hikes like Christmas gifts to cadets.

Once granted the Singarh hike, one had to go to the PT field in the morning at six in FSMO and do the Singarh hike in a stipulated time which neccesitated running half the route. On return the drill Saabs would check your FSMA contents and the lack of every content from the notorious 14 items,would qualify you to the proud previlege of getting that many Singarh hikes extra.

Once you entered this exalted group of hikers you were there to stay as something or the other would earn you some more hikes. I was one of the few fiercely loyal members of this group.

Every Sunday with alarming regularity I would don my FSMO as any proud combatant would and land up on the PT field weaing my Jap Cap with a jaunt. It was a regular drill with me to spend my Sundays,one fine Sunday when I landed up there,Sub RP Singh from Rajputs (Fox Sqn ) came to me wide eyed and asked me as to what was I doing there as my name was not on the Singarh hike list for the day.

CM Jaywant from 42 F was doing his first Singarh hike,people like him who pass out with multiple blues and blazers do not normally do hikes but then he was there,he being a good friend suggested that I come along and I did. On return from the hike Cmde Perriera there and when he found that i was few minutes late he got on to awarding me three extra hikes.

It was then that i informed the Deputy that I was never on the hike and just went along with CM Jaywant.

This act of boldness cost me heavy and the deputy,in a display of instant justice awarded me seven extra hike,three for coming late and four for going to Singarh without being on the punishment. The deputy liked the panga taker types and he displayed that on all socials.He would shun standing and conversing with appointments but would be seen guffawing with the drill square club guys,I was one of his favourites as I happened to be always in trouble.

On one occassion I suggested to Cmde Perriera that the restriction routine was pretty boring, as going round and round on the drill square was no adventure. True to his style he asked as to what I had in mind.

On suggesting a run in FSMO to Pashan gate in time bound manner appealed to him and the same was agreed upon.As I was about to leave, the Deputy asked where was the catch. I did tell him that the shooting of Bobby was going on at Pashan gate in NDA,he did not have a problem as long as we did the route in time.

I was lucky to meet all the lead architacts of the legendary Singarh hike,later in life.

While flying GOC 6 Division from Bareilly to Raiwalla, we were received by a Major at the helipad as the Brigade was already at the Observation Point for Artillery Course shooting, while I stiffened on controls seeing the face of the Major, VKS Pundhir just gave an impish smile acknowledging his lasting terror.

Maj Canten Walla settled down at Lucknow and was occassionally seen in a departmental store in Hazratgang, he is now settled in Mumbai.

Admiral Perriera was spotted by me at the tarmac alighting from Indian Airlinees IC 489 at Bagdogra while he was the CNS. He was on his way to Gangtok to meet his foster son Mike Bhalla from 43rd course. I had the extreme previlege of meeting him in the VIP lounge and he said that since he was going to attend a private function,he did not requisition a chopper,He was to take a cab from Bagdogra,can one imagine that today!

As we we were scheduled for a hill trg sortie to North Sikkim, self and Arun Opal K/41, flew him to Gangtok where the GOC Maj Gen V N Sharma (later COAS) along with his ADC Mike Bhalla received him.

At the helipad I was very pleasantly surprised when Admiral Perriera told me that he remembered me from NDA since I was a permanent fixture of the SINGARH HIKE CLUB.

In memory of those Singarh Hikes which won me many good friends, I raise a toast. 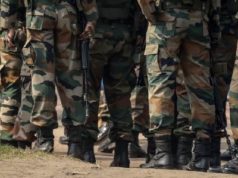 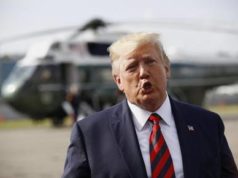