The world is bright as long as Asia-Pacific is constructive : Chinese View Point 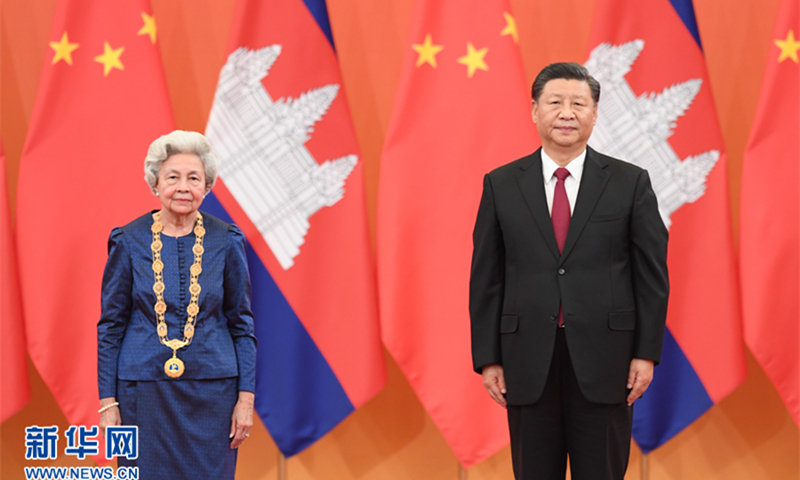 The Asia-Pacific Economic Cooperation (APEC) Leaders’ Meeting was held virtually on Friday. Since Malaysia is the host country, every participating leader, except US President Donald Trump, used the official APEC background screen with a photo of the Perdana Putra, office of the Prime Minister of Malaysia, on it. The comparison is quite eye-catching and there have been quite a few reports about it from Western media outlets.

The 2020 Kuala Lumpur Declaration and APEC Putrajaya Vision 2040 were issued afterward, marking the result of the meeting.

Chinese President Xi Jinping delivered a speech at the summit. He stressed that Asia-Pacific “economic cooperation has never been a zero-sum political game in which one gains at the expense of the other,” but “has provided us with a development platform to ensure what we each do can be mutually reinforcing and beneficial to all.”

Xi said China welcomes the signing of the Regional Comprehensive Economic Partnership (RCEP), and will favorably consider joining the Comprehensive and Progressive Agreement for Trans-Pacific Partnership (CPTPP), which the world public opinion field has paid high attention to.

When the Trans-Pacific Partnership (TPP) was initially promoted by former US president Barack Obama’s administration, it was widely regarded as targeting China. The US later withdrew from it. But China is proactively considering joining in its extended version, CPTPP. Such a change is quite informative.

Objectively speaking, the Asia-Pacific region is the most dynamic and complex region in the world, where various interests and contradictions are intertwined.

Where human society is headed next, whether the upcoming theme will be optimistic or pessimistic, the key is whether Asia-Pacific can magnify its positive, constructive elements to prevent the brewing of negative factors. The development of Asia-Pacific region can be seen as a crossroads for the entire mankind.

China is a major country in the Asia-Pacific region, filled with goodwill and sincerity in cooperation. Mutually beneficial cooperation is not only a basic policy of China’s interactions with the outside world, but has also become a belief of Chinese people.

Of the two major free trade agreements in Asia-Pacific, China has signed one of them and is proactively considering joining the other.

It proves China is promoting the integration between its own interests with that of other countries, and aims at building a community with a shared future in the Asia-Pacific.

Both the APEC meeting and the RCEP, signed not long ago, have proven the power of globalization and multilateralism.

They are the biggest common interests of all countries and people worldwide, the biggest will of people in international community, and the trend of the times promoted by technological progress and the continuous development of sovereignty and democracy. Due to temporary issues, the world may yaw for a while, but the general direction is unlikely to change.

A series of recent events in the Asia-Pacific region demonstrates China’s integration to the region, as well as the regional power’s collective consensus.

This is the direct opposite of accusations from the US and other Western countries, which have been clamoring that China is breaking the rules.

China gets on well with others and is full of cooperative spirit. The world needs such spirit. Egoism and zero-sum mind-set are taboos in the era of globalization.

The difference between the two concepts is that the Asia-Pacific makes people think more about cooperation while Indo-Pacific brings association about confrontation.

There will always be negative energy lingering in human society, but the general trend of history is going forward, rather than retreating. In the first half of the 20th century, hot wars occurred multiple times. But in the second half, they were replaced by the Cold War.

Whether the 21st century will witness deep integration of globalization or a new cold war, it will depend on Asia-Pacific. It is believed human beings are wise and are positive to pursue progress, and the Asia-Pacific region will eventually toss out an answer that lives up to history.