The Theresa May government has been dithering on New Delhi’s demand to ban a pro-Khalistan event on August 12, saying that people in the country have the right to gather and demonstrate views within the law, as opposition grew within the Indian community.A US-based group called Sikhs for Justice is preparing for the event in Trafalgar Square, when a ‘London Declaration’ is supposed to be issued, calling for a ‘referendum’ on independence of Punjab.

Even if the event takes place, it will be of no consequence as far as India is concerned.However, it will further harden the Indian views regarding UK. This time has New Delhi’s long-standing demand that London clamp down on such elements has been firmly conveyed to London.

Official sources said the ministry of external affairs and the Indian high commission sent ‘note verbales’ to the foreign office, requesting the British government to deny permission for the event.

However, a UK government spokesperson had the gall to state that “In the UK, people have the right to gather together and to demonstrate their views, provided that they do so within the law.However, we will not tolerate any groups who spread hate or deliberately raise community fears and tensions by bringing disorder and violence to our towns and cities and the police have comprehensive powers to deal with such activities. “

Sources said a similar response had been sent to Indian authorities in response to their ‘note verbales’. Well India too can now wait for the opportune moment and back the freedom aspirations of Scotland and merger of Northern Ireland with the Irish Republic. Its also high time that UK is made to carry out an exit from the UN Security Council just as it was made to exit from ICJ. Even the Commonwealth needs to be disbanded as a relic of the past.

As the group, SFJ put up billboards, claimed support of some Kashmiri groups and sought to rally followers, members of the Indian community took to social media to oppose it.There are also indications of a counter-event on the day to oppose the event.

Jasdev Rai of the Sikh Human Rights group questioned the validity of a ‘referendum’ sought by the group, and said: “This appears to be a sketch better suited to a Punjabi comic drama…A hocus-pocus referendum exercise is undermining the authority and status of Sri Akal Takht Sahib.”

“It will be best for the organisers to rethink and sit with people who have been part of the Sikh struggle since 1984 and take advantage of the unconditional talks offered by the Narendra Modi government,” Rai, who has been in talks with New Delhi since Modi’s visit to London in November 2015, said.

Rami Ranger, co-chair of the Conservative Friends of India, said: “These handful of Sikhs are an embarrassment to Sikhs at large and also an impediment to progress in Punjab…Imagine, if people of Scotland make demand for a referendum for their independence in India.”

Jasbir Singh Parmar of the Bedfordshire Asian Business Association said majority of people in Punjab would not want a referendum. 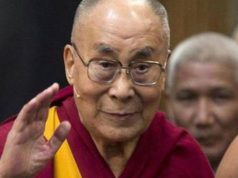 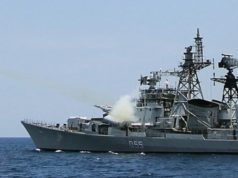