This Is What Is The Indian Army 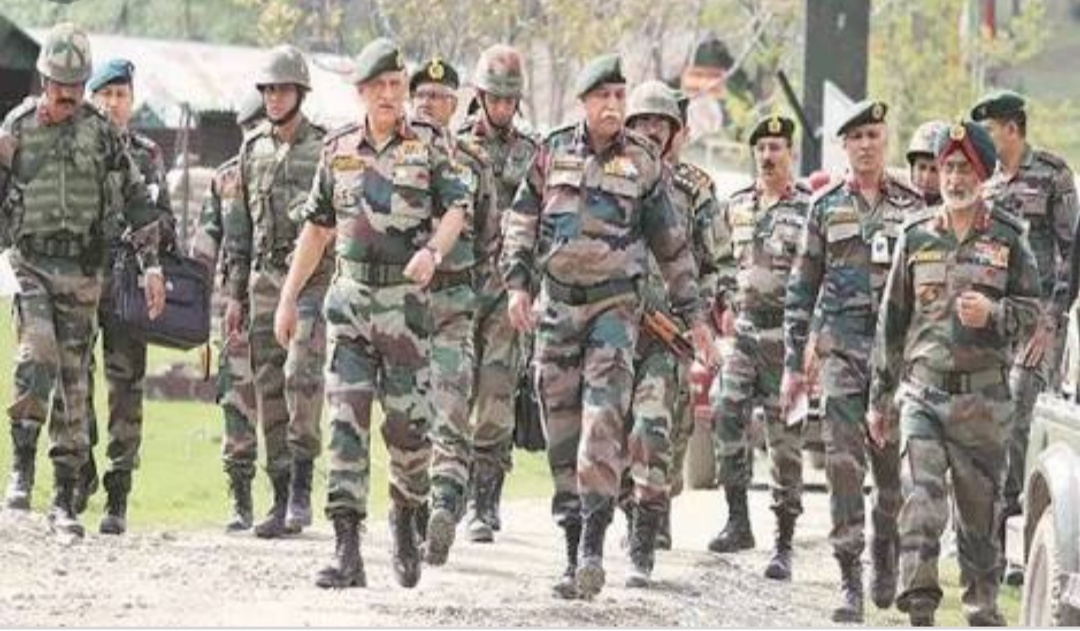 Do fifty years as a ‘fauji’ wife qualify me to write an ode to the.. Indian Army?
I certainly think so!

March 2010. It was the worst time of my life as I watched my husband Maj.Gen. D P Bahl surrender to cancer after a fierce battle.

He fought bravely as he had when the Sabers raided the Indian skies only this time the enemy was within him and proved more lethal.
I was emotionally paralysed.

Then something beautiful happened, something I salute not with my hand but with my heart.
My husband had often said “when I ‘go’ inform the Air Defence Branch, (the Arm he belonged to).

After twenty years of retirement who in the A.D. branch do I call? Which number do I dial? Would anyone care today when the chair, the uniform, the medals and the stars had lost their luster?

My mind somersaulted to the time when today’s Maj.Gen were young Captains on the threshold of their careers. A name flashed across my mind– Rajeev Kalra, Who was the M.G.Arty Western Command.

Moments of silence pregnant with shock and disbelief were followed by, “Ma’am you don’t have to do anything we’ll take care.” And care they did take!

Suddenly a network was activated. Caring people from the rank of a Jawan, Captain, Colonel, Brigadier, Major General and the Director A D himself were there to console and help in ‘seeing off” their veteran who I thought was long forgotten.

Forgotten is a word that should have never entered my vocabulary.

A week before my husband ‘departed’ two young jawans knocked on our front door.
“We are from 2 Field Regiment”, they said.
“2 Field Regiment?” I asked taken aback. “That is my husband’s first regiment way back in 1956.”

“We know. We have come to pay our respects and seek his blessings”. I led them to his bed where they took his hand and placed it on their head, turn by turn.

“Saabji please bless us we are from your regiment”.

And then suddenly something hit me.
“Tell me”, I asked them “were you even born when he was in the unit ?”

“No! But he is our Saabji all the same.”
I burst out crying. This was something beyond loyality and solidarity. Something I had no words for. Gratitude and appreciation overwhelmed. lt was a bond beyond time and space.

50 AD, the unit he commanded came together to help in every possible way and called to console and remembered him with affection and respect.

Time lost its dimension as fellow soldiers separated years ago some almost 40 years ago now settled in different parts of the country called to lend strength and courage in these traumatic moments.

Many dear ones came personally to be with us and share our loss. Some I could not even recognise for it had been many years since I last saw them and they looked so different now.

As if in a movie I watched scenes fade in and fade out as memories crystalised into long forgotten events. I saw them young and so full of life singing folk songs, film songs at parties and dancing to happy tunes, playing dumb charades, and ‘Queen of Sheeba’, celebrating birthdays and promotions, bidding adieu at farewells as they brought alive happy times in these bleak moments.

Joy pierced as tears of happiness. mingled with tears of pain.

There are no words to express my gratitude to them all for their support at a time when l needed it most.

Such is the solidarity imbued by the Indian Army.

(And of course my near and dear ones, who never wore a uniform were there to love and console and keep me afloat. l am eternally grateful to them also.)