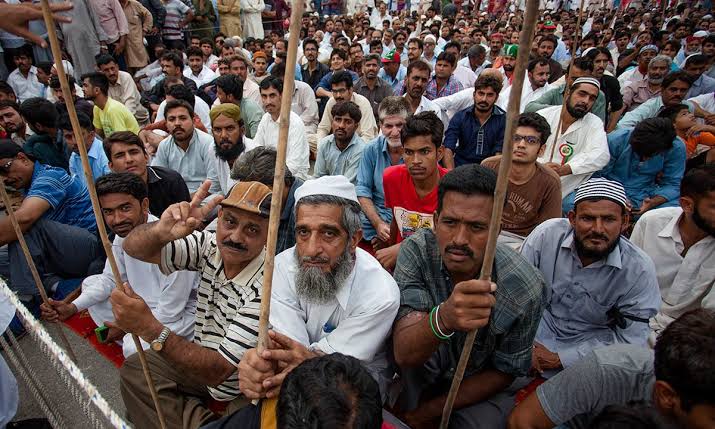 Earlier, The News International reported that the Chinese staff recruited by the Punjab Mass Transit Authority for Orange Line Metro Train (OLMT) project was getting huge salaries in comparison to their Pakistani employees.

The huge disparity in the salaries is impacting the morale of the Pakistani staff, who are also given a different grade system than the Chinese. Besides, even as the Chinese staff is being paid in Yuan, the locals are getting their salaries in Pakistani rupees (PKR).

“On Wednesday, the value of 1 CNY against 1 PKR was equal to Rs 24.02. According to the data of the salaries of 93 Chinese working at the OLMT project, the Chinese staff is highly paid. If the salaries of Pakistani officials working on the same/equivalent seats are compared with those of Chinese staff, the Pakistan employees are getting mere peanuts.

According to data, a Chinese-origin deputy chief executive officer/CFO/director with grade L2 is being paid 136,000 CNY per month which is equal to over Rs 3.26 million. There were three positions and all were filled with Chinese. No Pakistani was hired on this designation,” The News International stated.

Giving another example of the disparity in salaries, The News International said while 12 people of Chinese origin working on the slot of train dispatcher/train crew are getting 57,000 CNY each, equal to Rs 1.36m, the locally recruited employees working on the OLMT project are getting much lower salaries.

The Pakistani employees have demanded a salary hike from the government in accordance with the salary of their Chinese counterparts.

Meanwhile, Beijing has put a hold on projects that are part of the USD 62 billion CPEC, a flagship project of China`s Belt and Road Initiative (BRI), and the COVID-19 pandemic, ongoing political unrest and foreign debt limits have resulted in a slowing of Chinese investments in Pakistan.

According to sources, Pakistan in 2017 had decided to cut the salaries of contractual employees responsible for executing various projects in the CPEC. Pakistan`s finance ministry had refused to pay the employees as per the agreement.

Meanwhile, the National Assembly Standing Committee on Planning and Development on Tuesday cleared the CPEC Authority Bill 2020 with majority despite members belonging to opposition parties strongly opposing the bill, reported The News International.

Former minister for planning Ahsan Iqbal opposed the bill and presented seven reasons for opposition to the creation of the CPEC authority. However, after conducting a heated debate, the NA panel passed the CPEC authority bill with a majority.

“Creation of CPEC authority is superfluous and unnecessary,” he said.

“Ministry of planning has discharged the role diligently and effectively in the past. “The national debt of USD 80 billion on account CPEC is bound to pose a danger to the sovereignty of Pakistan in coming years; as has been the CCP methodology in numerous under-developed countries. The incidents clearly depict the Chinese Communist Party`s (CCP) core motive, which is using the CPEC project to turn Pakistan into a `Chinese colony’.

As Imran Khan states China as an `all-weather` friend, till then, the CCP will maintain a façade of Pakistan-China friendship whilst continuing to exploit Pakistan and market outdated items from its industries to Pakistan. Pakistan`s debt burden is also being pushed up by the CCP on every available opportunity.