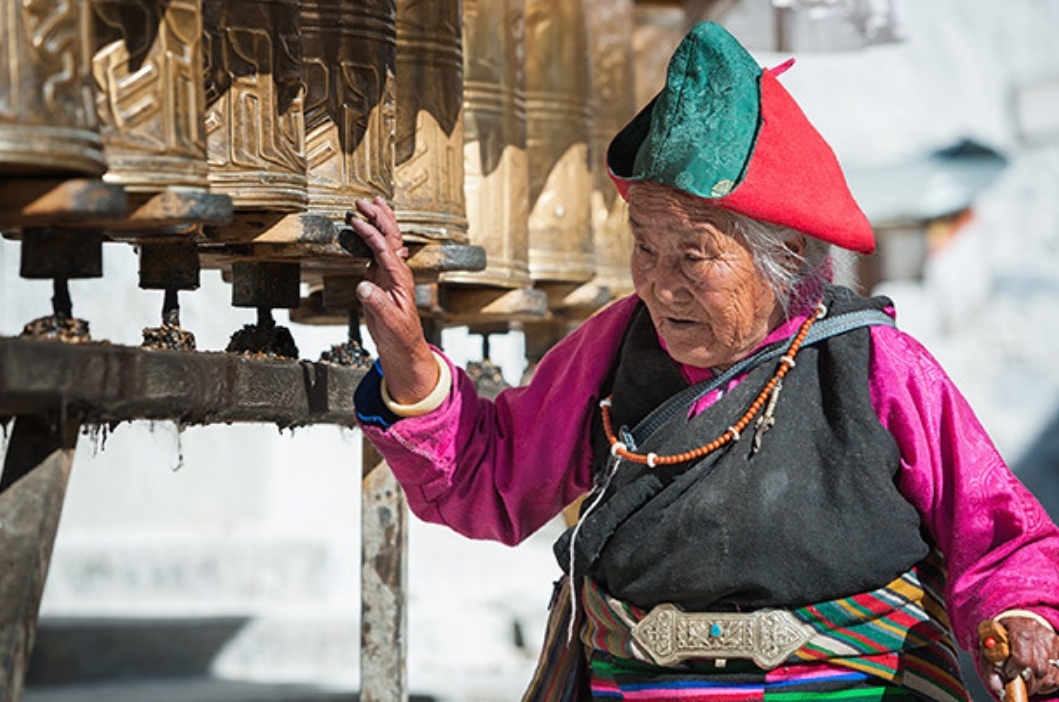 Chinese tourist poses for a picture in a Tibetan outfit.

Tibetan government workers, school children and retirees barred from Jokhang Temple in Lhasa while Chinese tourists are allowed in.

Tibetan visitors to Jokhang Temple in Lhasa, which is generally considered to be the most sacred temple in Tibet, are screened by authorities. Tibetan government workers, school children and retirees are banned entirely while Chinese tourists are allowed to enter the temple, Tibet Watch said.

“Tibetans in Tibet are complaining that their culture is becoming a show piece for Chinese tourists, while the Tibetans themselves are denied the opportunity to preserve and cherish their traditions,” a source in Lhasa told Free Tibet’s research partner.

The news comes as Chinese tourism in Tibet is expanding, and more visitors are returning to the country as Beijing eases coronavirus restrictions, Tibet Watch said.

A Chinese State Media report  said official statistics show 8.3 million tourists visited Tibet in the first half of the year. It added this put Tibet “first in the recovery rate of the national tourism market” in the aftermath of the coronavirus crisis.

Tibet saw a 36.86% increase  in tourism in June compared with the same month last year, the report said.

The tourism does bring money to the region but many of the Chinese visitors are insensitive to the religious sentiments of Tibetans, Tibet Watch said.

“The Chinese visitors smoke in holy sites like the central Barkhor area and the Potala Palace. They litter the ground with empty bottles and throw waste everywhere,” a source told Tibet Watch.

Elsewhere, in the Tibetan Autonomous Prefecture of Golog, eastern Tibet, Chinese authorities have interfered with Tibetan religious tradition by ordering the removal  of Tibetan prayer flags from the mountains, monasteries and villages, Free Tibet reported in June.