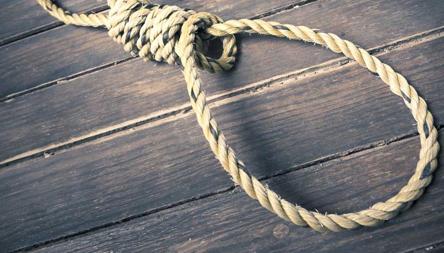 There have been speculation that the four men convicted of raping Nirbhhaya in 2012 are going to be executed soon.

Tihar jail authorities have sought the services of two hangmen from Uttar Pradesh but did not mention of the convicts to be hanged.

Amid speculations about hanging of four convicts in the Nirbhaya gang rape case, authorities of Delhi’s Tihar jail have sought services of two hangmen from Uttar Pradesh, the state’s prison authorities said Wednesday.

The UP Prison authorities received the request only a few hours after Pawan Gupta, one of the convicts in the 2012 gang rape case was shifted to Tihar Jail from Mandoli jail late on Sunday night. Three other convicts in the case – Akshay Thakur, Mukesh Singh and Vinay Sharma – are already in Tihar Jail.

Director general (DG) of UP Prisons Administration and Reform Services, Anand Kumar confirmed on Wednesday that the Tihar jail superintendent had written a letter to the UP prison authorities seeking services of UP’s hangmen.

“We received a request letter from the Tihar prison through fax on December 9 (Monday) seeking services of the two hangmen of UP, as they do not have hangman there. The letter makes no mention of the convicts to be hanged but states there may be requirements,” Kumar said.

He said the letter mentioned that some convicts in Tihar jail were awarded capital punishment and their legal and constitutional remedies had been exhausted. The four men have been on death row for two years.

He said the hangmen would be provided to the Tihar jail authorities as and when required.

Another prison official said the UP prison administration has two hangmen on its rolls, one in Lucknow and another in Meerut. He said the date and timings were not mentioned by the Tihar jail authorities so the two hangmen have been told to remain prepared in case they were called for execution of convicts anytime soon.

On December 6, a decorated policeman in Tamil Nadu had written to Tihar jail authorities volunteering to carry out the executions of the rapists after learning that the jail did not have a hangman.

Six people were convicted of brutally raping a 23-year-old paramedical student in a moving bus while she was on her way back home on December 16, 2012. She later died of her injuries but the brutal gang rape sparked nationwide fury that led to a new legislation to deal with such heinous crimes.

Of the six people convicted in the case, one was a minor, who was sent to a rehabilitation centre and another, Ram Singh, committed suicide in Tihar Jail.