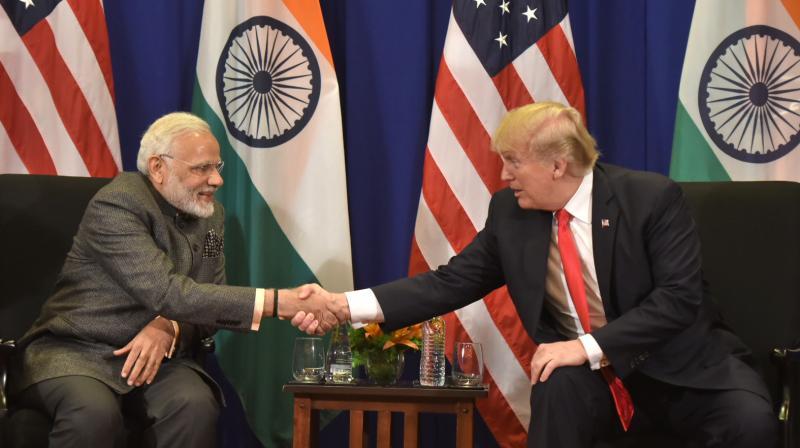 U.S. Trade Representative (USTR) Robert Lighthizer has put off his trip to India this week, amid signs that the India-U.S. trade talks have hit a rough patch just ahead of President Donald Trump’s visit. Lighthizer just could not light the negotiation path and blaze through.

The visit ahead of Trump for the trade negotiations have been out off because Lighthizer concluded that he will not be able bulldoze through the no nonsense Indian negotiators.

No reason has been given for the change of plans in the USTR’s visit that was expected on February 13. Though it is being speculated that he would form a part of Mr. Trump’s entourage to finalise a trade package or a “mini-trade deal” with his counterpart, Commerce and Industry Minister Piyush Goyal. There are many items items that the two sides have been negotiating for more than two years now.

The two chief negotiators have been speaking on the phone quite regularly but without any break through.

President Trump and Prime Minister Narendra Modi incase fail to agree on even a modest agreement forward, it will be a missed opportunity for the USA to make progress that can benefit both countries and strengthen economic ties.

However, Ms. Nisha Biswal, President of the US-India Business Council at the US Chambers of Commerce, said she remained “optimistic” that a “limited trade deal” would be finalised as part of the meet if the two top leaders.

Mr. Trump and his wife Melania are travelling to Delhi and Ahmedabad on February 24 and 25, and are expected to visit Agra as well.

Informed sources have said that talks thus far have brought some agreement on contentious issues including medical device price caps levied by India, a rationalisation of tariffs levied by both sides, and greater market access for U.S. agricultural and dairy products.

The American Companies have been earlier ripping off Indian patients with exorbitant pricings. A stop has been put on such profiteering and will not be allowed as such.

A full restoration of GSP (Generalised System of Preferences) status appears unlikely at present, given the USTR’s notice this week that aims to treat India and a number of other countries as “developed countries”, coupled with President Trump’s strictures against giving those defined as developed countries any GSP assistance. Instead, the U.S. might offer a partial restoration of GSP concessions to Indian exporters, but only in sectors where U.S. importers are “dependent” on Indian goods, the sources said.

Officials said the U.S.’s stand on GSP, as well as certain provisions in the Indian budget had made the talks, that have continued nonetheless, more difficult. In particular, the government’s new “health cess” will impact pricing for medical devices, and the raising of tariffs on several items including electric vehicle (EV) components, dairy products, shelled walnuts, edible vegetable oils, infant foods, and soy products may also become an issue, U.S. government websites have noted.

According to Ms. Biswal, who led a delegation from the Washington-based USIBC to meet with government officials in Delhi, the bigger commercial expectations during the visit would be in the field of defence, including a $2.4 billion deal for helicopters and an air defence system, and energy.

Regarding defence deals, Americans have to understand one thing very clearly, that firstly India will buy only what it needs and nothing can be dumped on us.

Secondly the seller after taking the money will not be permitted to dictate terms regarding the use. So if US Government trues to attach strings then they will be simply shooed off.

Russians and French are so eagerly waiting for our orders. Even our own products are improving day by day. Also the word CAATSA and Sanction should not even be whispered by any member of the Presidential delegation.

However Biswal is still very hopeful when she says “Despite the fact that the new budget did not contain increased spending for defence, the Indian government is expected to announce some defence deals on the margins of the visit.”. Ms. Biswal, was earlier the Assistant Secretary for South and Central Asia in the Obama administration.

India is also expected to discuss an increase in LNG imports from the U.S. during the visit. An MoU for India’s gas importer Petronet to invest $2.5 billion in U.S. company Tellurian Inc’s LNG project, that was signed during Mr. Modi’s visit to Houston, is likely to be formalised during Mr. Trump’s visit, news agencies have reported.

The announcement of the start of formal free trade agreement negotiations will generate considerable interest, but could take several years to complete.

The major defence deals in advanced stages are for 24 MH-60R multirole helicopters for the Indian Navy and a quick reaction air defence system to protect Delhi. The deal for helicopters, worth around $2.4 billion, is now awaiting final approval of the Cabinet Committee on Security (CCS). India and the U.S. are also in discussions for armed drones, six more P-8I surveillance aircraft and two Raytheon ISTAR aircraft among others.