Tribunal For The Armed Forces On The MAT 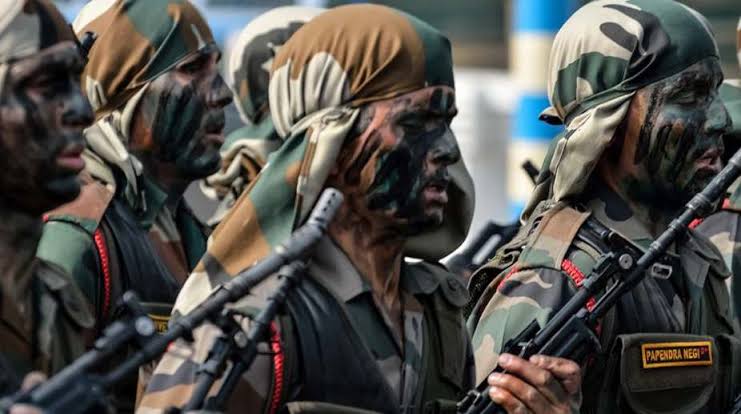 In 2012, the Armed Forces Tribunal (Amendment) Bill was introduced to grant the AFT the authority to exercise powers of civil contempt, which basically meant it could now hold the ministry of defence and the armed forces headquarters accountable for not implementing its orders. But that bill was never passed…..the truck of the Parliamentarians.

The Armed Forces Tribunal has been operational since 2009. It was established with the express purpose of delivering speedy and less expensive justice to defence services personnel across the army, navy and air force. Even former servicemen can appeal before it. However it has remained a toothless tiger ever since.

Naval officer Commodore P.K. Banerjee joined service in 1984. He was in command of one of the top most ship of the time, INS TABAR – the first Indian Navy ship deployed for counter piracy patrols off Somalia. His the Initiating Officer who was the Flag Officer Western Fleet a Rear Admiral, gave him a glowing report. Recommended him for a second sea command, something always reserved for the best commanding officers.

However the Reviewing Officer, that is the FOC-In C went ahead and inserted adverse remarks about him in the report, alleges Banerjee. This was 2009. The Reviewing Officer did not back his comments in the pen picture. He did not inform Banerjee either. Both things were against Navy protocol. The incident came in the way of his promotion to the rank of rear admiral in May 2012.

It took two long years for processing his complaints and then they were rejected, first by the chief of naval staff and then by the ministry of defence. He approached the Armed Forces Tribunal (AFT) in Delhi. In 2015, the AFT bench completed the arguments and reserved the order. However no judgment could be delivered as the judicial member of the AFT retired in 2016. The case was referred to two other benches but the matter was not concluded. A third bench heard it only once. A fourth bench took it up afresh in March 2017 and the judgment was finally delivered six months later. It was already three years since Banerjee had first appealed.

Promotions in the navy are based on relative merit and are decided by numerical gradings in the annual confidential report. The tribunal expunged the adverse remarks in Banarjee’s Report but avoided expunging the corresponding downgrading of numerical gradings done by the reviewing officer, senior reviewing officer and also that done by the then chief of naval staff. This resulted in NO PROMOTION yet again.

Banerjee’s ordeal is not an isolated one. Lawyers who routinely take up such cases for defence Officers, talk about the AFT’s by now characteristic apathy towards the grievances of the servicemen.

But even if those – geography and finances – were to be surmounted, our soldiers, find it near impossible to pull along the steep and uncertain trek to AFT justice.

The AFT comes under the defence ministry. The ministry controls its funding, infrastructure and appointments. Currently, the AFT has seven operational benches. There are 12 vacant benches. Some are operational with one judicial or administrative member juggling. The number of pending cases as on June 27, 2018, was 11,000. “We are still managing,” says an AFT member on condition of anonymity.
Each bench should have one administrative member and one judicial member. It has been alleged that the defence ministry has not been proactive enough in making these appointments.

“Appointments approved by the selection committee in April 2017 for judicial members were notified by the ministry only in February,” says advocate Rajiv Manglik, who fights cases for defence personnel.

Major General Satbir Singh, the same who led the ex-servicemen’s campaign for one-rank-one-pension, also known as Orop, shares his diagnosis: “Getting justice from a body that runs under the defence ministry looks impossible.” He recommends that for it to function efficiently, the AFT should come under the law ministry. He says, “If it is kept under the defence ministry, no orders will be implemented because the ministry will never bow before servicemen.”

Air Commodore K.K. Budhwar was awarded the Vir Chakra and the Ati Vishisht Seva Medal for distinguished service in the Indo-Pak War of 1971. He was entitled to land or a cash award in lieu of the allotted land.

The decorations might come from the government of India, but the land or cash settlement is the responsibility of the domicile state of the awardee.

The Himachal Pradesh government refused to honour the award terms on the ground that at the time Budhwar was granted it, he was not a bona fide resident of the state. The Delhi government also withheld any award citing the domicile of the petitioner at the time of joining the Indian Air Force.

The 85-year-old Budhwar approached the AFT in 2015. The tribunal issued a notice to the defence secretary to resolve the issue. That same year, the Delhi government was asked to grant the cash award. In October 2017, the AFT directed the respondents (the Delhi government and the ministry of defence) to calculate the interest on the promised sum – Rs 25,000 – at the rate of 9 per cent per annum beginning 1972 to the date of actual payment. The settlement was to be made within three months.

According to Kakkar, who is the military counsel of Budhwar, the money is yet to be paid. He says, “We have filed an execution at the AFT asking why its last order was not executed. He is 85 now, stays at an old-age home. He had fought the war for the nation. Now he has to fight for his rights. If he dies without getting his due, he will not forgive this nation and its leaders.”

What happened with Budhwar is rather common, it seems. The AFT decrees, but the ministry of defence or the headquarters of navy or air force or army hedge.

For example, this January, the AFT asked the ministry of defence to correct anomalies in the retirement age of colonels and bring them on a par with similar ranks in the air force and navy. But the central government rejected it in May.

In 2016, the AFT granted non-functional upgrade (NFU) to all armed forces officers along the lines of the Sixth Pay Commission. NFU had been implemented in 2008. The idea was to ensure IAS officers and other Group A officers were guaranteed the same pay scale as the highest promoted officer of their batch even if they were not promoted. Earlier, the armed forces were not included in it.

But the next year, the Centre moved the Supreme Court saying the armed forces are not categorised as Group A services, to which NFU is applicable.

“When we urged the Supreme Court for an early hearing of the case, the bench observed that we must go to the AFT for the remedy. The AFT, on the other hand, said it cannot do anything because the matter is in the Supreme Court. This clearly shows the apathy of the tribunal towards servicemen,” says advocate Manglik, who is fighting this case, on behalf of Colonel Mukul Dev.

The AFT continues to shrug off its responsibilities saying it doesn’t have the powers to prosecute anyone for criminal contempt. This basically means no action can be taken against the ministry or any of the service headquarters.

In 2010, however, the Kerala High Court observed, “It is the duty of the AFT to execute its orders by initiating coercive proceedings and the petitioner has the freedom to file a contempt application before the AFT.”

“The AFT is a toothless tiger,” remarks P.K. Banerjee. “In my case, it played to the requirements of the Naval headquarters; it simply overlooked the gross illegalities,” he alleges in no uncertain terms.

Rajiv Manglik, who has been fighting many cases for defence petitioners at the AFT, says, “Remember, posturing is for the votebank. Even a shopkeeper would keep the best things on display. And defence personnel are treated as display items. In reality, the Centre treats jawans as bonded labourers and there is no tool of strike for these soldiers.”