And I am back after a month-long hiatus, caused due to the incessant trips necessitated by the need to keep the kitchen fire burning and to rekindle the bonhomie with old school and college mates. The college reunion was with a difference, as it was held in the City of Joy and not the Capital, peppered with rounds of golf in Tolly Club during the day and the sloshing of the draught of vintage in the evenings: on the golf course while most drove, chipped and putted for either a par or a bogey, I hooked, sliced and shanked for a Bo Derek (for the uninitiated, that’s a 10!) In the evenings, the winners compensated for their low scores during the day, and those of my ilk drowned our sorrows aided and abetted by “Bacchus and his pards.”

After a week of that, the golf courses there had had enough of me “cry havoc and let slip the dogs of war” and sort of begged forgiveness for having given me a such a rough time by keeping me perpetually in the rough and one could almost hear them heave a huge sigh of relief when I checked out of the club and headed to the airport to board the flight to Delhi. In fact, I distinctly remember hearing someone murmur “Why? Oh why does he play golf?”

But you would think I should know when to quit…and that’s where you are wrong! I ain’t no quitter (sounding almost like that orange haired guy?) and courtesy an old school friend and two ex-Muscateers, desecrated the hallowed grounds of the DGC by playing a round there too, attired in a leather jacket et al to ward off the biting cold. But this time, thankfully no Bo Dereks though had a Dolly Parton instead!

The golf fiascos in both the cities were overshadowed by the look of surprise on a dear friend’s face when we arrived unannounced to watch him unfurl the tricolour on the Indian Republic Day celebrations at his Club. Sort of déjà vu as we had witnessed him unfurl the national flag at the Embassy in Muscat during the four years of his tenure here. It was great catching up Anil!

The sojourn in Delhi saw about twenty of us school mates arrive for the wedding of another friend’s son, who was probably in a state of shock to see so many of us dinosaurs gather together revelling in nostalgia. However, the warmth of the camaraderie of school mates was not enough to thwart the biting chill of the Delhi winter and one gladly succumbed to the thoughts of a pleasant Muscat as one bid adieu to Delhi and January and welcomed February with open arms.

February is a special month, in more ways than one. As Patience Strong had said, “In February there is everything to hope for and nothing to regret” and perhaps that is why so many good people were born in this month and so many brave people were married in it. My mother and sister lead the pack, followed closely by some very dear friends, who have also graced this month.

The 8th of February however was indeed special for a very special couple as they celebrated 50 years of love and bonding, and we were in Dubai along with other friends from Muscat, to celebrate with them. Thanks Boss & Ma’am (aka Yeshwant & Rekha)…may Gold turn to Platinum!

But I guess the bravery award needs to go to the ones who overcame triskaidekaphobia, and pooh- poohed the common fear of the number 13 and hence tied the knot, not on Valentine’s Day but a day earlier. And the Nobel for tolerance needs to be given to the significant other for having lived with the whims and fancies, the peccadilloes and infractions for what will be 38 years tomorrow… Happy Anniversary my dear! And what better way to celebrate, than to be with both the not-so-little-ones?

Do you know that the supreme and for many people, the solitary spelling rule of “I before E except after C” has been proven by scientists in the society to be not an efficient but an ancient rule full of fallacies?

Do you know that my hairline is directly proportional to the economy and my bank balance – in recession?

Do you know that I can only drink black coffee, as like life, it has a bitter taste but one enjoys it anyway? And also because I enjoy telling the waitress, I would like an America no-yes!

Till next fortnight…Happy Valentine’s Day! 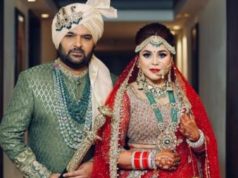 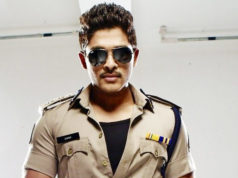 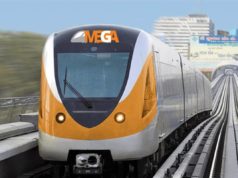