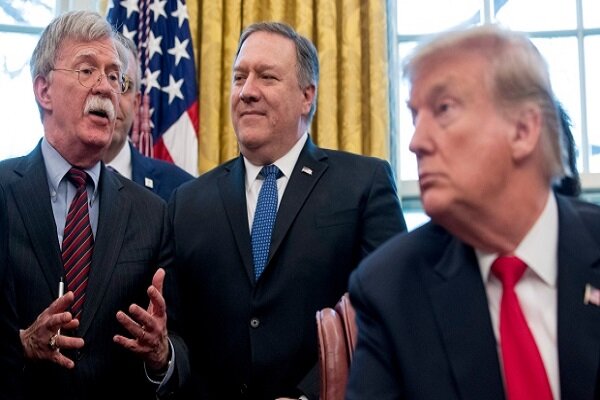 The sacking of John Bolton may have changed the game on Iran but US President Donald Trump still has plenty of foreign policy puzzles to solve.

When summer 2019 began in Washington, the United States was almost on the verge of attacking Iran.

Now, as summer is nearly over, the presidential advisor who most strongly advocated for the attack has been kicked to the kerb.

The only surprise in the ousting of John Bolton on Tuesday was that it didn’t happen sooner.

Mr Bolton is known for his unapologetic, hawkish view of the world, and for managing to be in the headlines even when he has said nothing in public.

That was never going to sit well with his now former boss, Donald Trump.

Iran in his sights

In June, Mr Trump perplexed many Americans, and the world in general, when he declared the United States was ready to attack Iran over the shoot-down of an unmanned US drone that wandered into Iranian territory over the Gulf of Oman.

But Mr Trump said he called off the attack 10 minutes before it was scheduled, when he belatedly learnt that the action might kill 150 Iranian civilians.

Back then, his anger at Iran appeared to have been fuelled by Mr Bolton, who many Washington observers felt had only one mission since he became national security advisor in April 2018: lead the nation into a war with its long-time adversary.

In 2015, he wrote an opinion piece in the New York Times entitled, “To Stop Iran’s Bomb, Bomb Iran”.

In it, Mr Bolton derided efforts by the international community that resulted in an arms agreement with Iran, from which the US has since withdrawn.

“The inescapable conclusion is that Iran will not negotiate away its nuclear program. Nor will sanctions block its building a broad and deep weapons infrastructure,” Mr Bolton wrote.

Mr Trump knew what he was getting into when he hired Mr Bolton, acknowledging that he had brought in “a hawk”.

That was the impression he tried to give Tuesday, when he fired Mr Bolton in a tweet.
But Mr Bolton wasn’t having it, playing the time-honoured, “You can’t fire me. I quit” card in his own tweet and in texts to journalists who cover him.

The quiet power of the National Security Advisor

Other presidents have placed much more value on the counsel they have received from the aides in Mr Bolton’s position.

While the job does not have Cabinet rank, national security advisors play critical roles in most presidential administrations.

Although tenures have been shorter this century, Barack Obama had three national security advisers in eight years.

By contrast, Mr Trump has had five in two years and eight months, including two advisers who’ve held the job in an acting capacity.

It probably does not bother Mr Trump at all that the national security adviser’s job is again vacant, since it again reinforces his contention that he is the most important decision-maker in his administration.

But Tuesday’s turmoil comes at a time when Mr Trump has other foreign policy priorities than Iran, perhaps placing it on a back burner now that Mr Bolton is gone.

Maybe Iran is the least of Trump’s foreign policy dramas

One of his immediate concerns is his relationship with British Prime Minister Boris Johnson, who Mr Trump has long portrayed as an ally, and who many commentators have compared with Mr Trump.

In the midst of the chaos of Brexit last week, US Vice President Mike Pence pledged that the US would be first in line to negotiate a free-trade agreement with Britain, as soon as Brexit was complete.

It was a breathtaking intrusion into another country’s internal affairs, but in the Trump administration, what was once considered to be unthinkable often happens before lunch.

On the other side of the world, Mr Trump is being shown up by North Korean dictator Kim Jung Un, who Mr Trump has courted throughout his presidency, to the consternation of numerous opponents of Communism.

On Tuesday, North Korea’s state media said that Mr Kim oversaw the testing of a super-large multiple rocket launcher, something he has done before. Its capabilities “finally verified in terms of combat operation,” the state media said.

Only a few weeks ago, Mr Trump caused a flurry by falsely claiming his wife, Melania, had met Kim.

But perhaps more important than that flub was the perception created by his own administration that Mr Trump was willing to break with long-time American allies in the G7 countries, in order to curry favour with Mr Kim.

The tumult is not likely to end soon, however.

The US now needs a new ambassador to Russia, a country with which Mr Trump is closely connected.

The leading candidate is said to be John Sullivan, a deputy secretary of state.
But Mr Sullivan has not always been friendly to the former Soviet Union, recently saying its actions in Eastern Europe have been “destabilising”.

Most likely, Mr Sullivan will have to tone down any future criticism in order to stay on Mr Trump’s good side.

Then again, Mr Trump likes to keep his staff off balance.

The same is true for his foreign policy, as well.

Micheline Maynard is an American author and journalist.