UAE To Launch Its First Space Craft With Help of ISRO 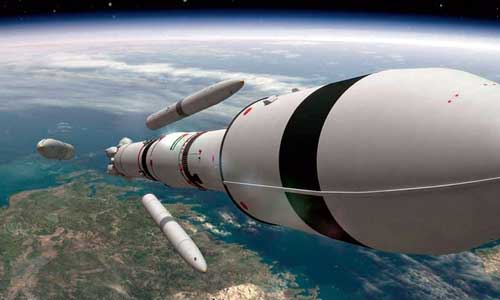 In 2014, India became the fourth country to join the elite group of space agencies who had successfully sent missions to Mars. Both Japanese and Chinese missions have been failures. Also ISRO executed the mission using entirely indigenous technologies onboard and at a very minimal cost.

As per Financial Express the cost of India’s mission to Mars was approximately Rs 450 crore or around $75 million, almost one-tenth of the $670 million NASA had spent on its Maven explorer. In 2003, the European space agency’s Mars Express orbiter had cost about $386 million. A failed exploration mission by the Japanese space agency had cost more than double than that of Mangalyaan. And Russia’s Phobos-Grunt had failed to leave the earth’s orbit cost about $117 million.

The ISRO spacecraft to Mar was on a mission to check if the planet ever had life, and to explore the planet’s surface, topography, mineralogy and the atmosphere. The spacecraft was built in the least amount of time of 18 months.

For the first time in the Arab region, Indian Space Research Organisation (ISRO) will be playing a critical role in the United Arab Emirates’ (UAE) launching of its first spacecraft “Hope Probe” next year. The UAE Space Agency and ISRO have both set up a joint working group regarding this mission. And with the help of ISRO, the probe will be launched.

Besides this mission which will take off in July next year, UAE also has plans to build a colony on Mars. And during the visit of Prime Minister Narendra Modi to UAE later this week, this will be discussed between the two sides.

In the past few years, relations between the two countries have strengthened. The leaders of the two countries have identified space cooperation, maritime security, and defence sectors for deeper cooperation. It was during Prime Minister Modi’s previous visit to the UAE during August 2015, the bilateral relationship between the two stood elevated to a Comprehensive Strategic Partnership. The relationship has witnessed unprecedented momentum. There have been several high-level visits from both sides including Shaikh Mohammad Bin Zayed Al Nahyan, Crown Prince of Abu Dhabi and Deputy Supreme Commander of the UAE Armed Forces, visiting India in February 2016 and January 2017 — as the chief guest of Republic Day celebrations.

The UAE’s space programme, which is also known as the Emirates Mars Mission (EMM), is expected to focus on collecting information on Mars which includes meteorological layers. It will also study what causes of loss of hydrogen and oxygen gases, which are the two main constituents of water — from the upper layer of the Martian atmosphere.

According to the UAE Space Agency (UAESA) and the Mohammed bin Rashid Space Centre (MBRSC), if the mission is successful then it will become the first space exploration programme to take a picture of the red planet’s atmosphere.

The `Hope Probe’ to be launched from Tanegashima Space Centre in Japan, scheduled to reach the Red Planet’s orbit in the first quarter of 2021 and is likely to collect over 1,000 GB of new data on the planet. This data will be used to gain more knowledge about the planet as well as understanding it.