US Charities Working Closely With Hizbul, Let Needs To Be Banned By India Forthwith 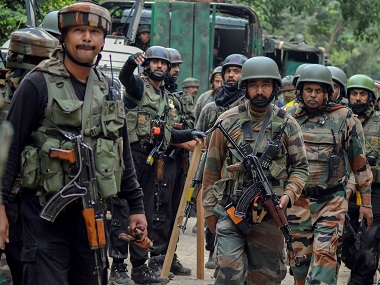 The two charities, which lobbied against India over Kashmir in the US Congress last year, work closely with Pakistan-based terror groups Hizbul Mujahideen (HM) and Lashkar-e-Taiba (LeT).

Both Helping Hand for Relief &amp; Development (HHRD) and its sister organisation Islamic Council of North America (ICNA) charities, which ran the disinformation campaign against India after New Delhi revoked the special status of Jammu and Kashmir state, are self-identified US charities of Jamaat-e-Islami (JeI) based out of Pakistan.

Not only does the JeI, an Islamist organisation founded in 1941 in British India by Maulana Maududi, strive towards the establishment of Islamic rule, it also uses its armed wing, the banned terror outfit Hizbul Mujahideen, to pursue that goal in Kashmir by supporting separatism from India. Apart from that, its charities “HHRD and ICNA” work closely with terror groups based out of Pakistan.

Those investigating terror links of the US-based charities said that 15-year-old HHRD organised a conference in Pakistan in December 2017 with the Falah-e-Insaniat Foundation and the Milli Muslim League, the charitable and political wings, respectively, of the banned Pakistani terror group Lashkar-e-Taiba.

Founded in 1990 in the Kunar province of Afghanistan and based in Muridke near Lahore, Lashkar has earned the dubious distinction of ”globally designated terrorist group” and its chief Hafiz Saeed is the mastermind of the 2008 Mumbai attacks.

Same year, the HHRD held another conference in Pakistan which was sponsored by Al-Khidmat, the official charity wing of JeI, sources said.

In the last 20 years, while Lashkar has killed over 800 people in Kashmir, Hizb has killed around 600 civilians and security forces in Kashmir, as per the South Asia Terrorism Portal data.

Though Indian forces have killed around 2,700 Lashkar and 2,000 Hizbul terrorists during the same period, both remain highly active and well-funded terror groups in JK.

As per publicly available information, HHRD chairman Mohsin Ansari is an alumnus of Islami Jamiat-e-Talaba, the student wing of JeI Pakistan.

While ICNA, since its foundation in 1968, has been run by war criminals of the 1971 genocide in Bangladesh, Ansari has called Jamaat members convicted for their involvement “heroes” whom Pakistan will “remember for centuries to come.”

The charity’s annual conference in Chicago frequently invites some of the most rabid Islamist clerics and extremist members of Jamaat. Its youth wing, Young Muslims, teach Islamic extremism in mosques across the US.

In 2001, in one of the articles published on ICNA”s site, the charity propagated “jihad” against the “Kuffaar” (infidels/non-Muslims) in Kashmir, Afghanistan, Palestine, Bosnia and other places.

It called for “outreach programmes” (conferences, tours, camps etc.) and support for “Mujahideens” (terrorists) in various parts of the world. The mission, it said, was to “re-establish the Khilaafah, achieving varying success in different parts of the world.”

Interestingly, the British government, the World Food Programme, the World Health Organization, and prominent American corporations such as Microsoft, Cisco, PepsiCo, and Dell are donors to HHRD.

During President Barack Obama’s second term, HHRD was designated as one of the top 10 charities in America. Both HHRD and ICNA (Relief) are included in the US government’s Combined Federal Campaign list, a workplace-charity program that enables federal-government employees to donate from their salaries to the listed charities.

The Government of India must immediately ban these two organizations from operating in India and freeze all their assets. It should also issue a demarche to both USA and UK to ban these charities forthwith.