USA Deparately Seeks To Get Out Of Self Created CAATSA Web : India Not Obliging 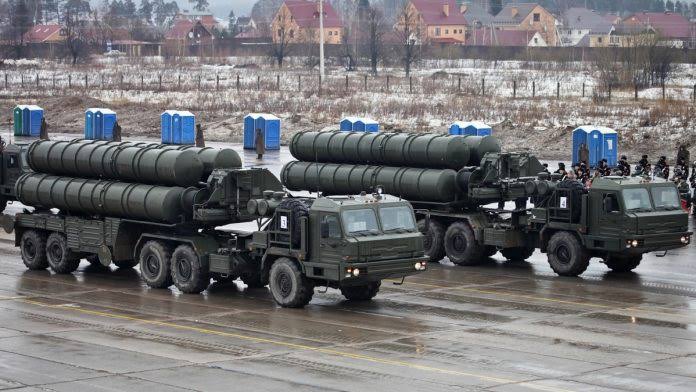 The S-400 missile defence system has Slammed the USA

The US has said in the past it was working with countries to help them identify and avoid engaging in potentially sanctionable activities under the Countering America’s Adversaries Through Sanctions Act (CAATSA).
This kind of statement worked for other countries. However India has just been ignoring all such statements coming out of Washington. After all it does not recognize CAATSA in any way. It may be a law applicable on the American administration but India has nothing to do with it. Yes if under the CAATSA Americans try to place any kind of restrictions or sanctions on India then the same will be reciprocated in equal measures.

The Trump administration is now in a dilemma. To upgrade India’s defence capabilities, the S400 missile defence is essential and so India has signed the deal with the Russian and going ahead with it. No amount of American tantrums is going to stop it. So the ball is now squarely in the USA court. They have to get out of the CAATSA bombast on their own. In case they try to apply any punitive measures under the CAATSA then similar measures will get be applied on them. Then they can just about forget selling any significant military equipment to India. Indians do not take dictations from seller of goods, no matter of what kind.

The US tried to scuttle the deal by stating that such a major purchase would come under the purview of the punitive CAATSA sanctions. It has already taken such an action against Turkey. USA was hoping that with cancellation of the deal, India would instead buy an American Missile defence system. However wuth India just ignoring such tantrums, the Americans gotb in a bind. Many Americans believed that India would negotiate a Congressional waiver that would bail out the issue and give a face saver to the USA Administration. However with India just ignoring the whole issue, has now left the American system in a fix.

Now the American officials have started whimpering that “What we don’t want India to do is to introduce something that as we continue to go forward in this partnership makes it challenging or exposes risk to our technology on future acquisitions,” the official said requesting anonymity.

American Officials have seen galloping of bilateral defence trade in last 15 years — are having intense rethink on this issue of CAATSA. Any sanctions on India would have the potential to undo the improvement in the defence and strategic relationship, he said. USA officials know that there is a huge risk of application of sanctions. USA officials also know that Indians want to work with them without such nonsensical things like CAATSA.

The CAATSA is a law passed by the US Congress in 2017 with an aim to counter the aggression by Iran, Russia and North Korea through punitive measures. It specifically aims to impose sanctions on Russian oil and gas, defence, security and financial sectors over its military invasion in Ukraine and alleged meddling in the 2016 US presidential election. However now it is acting like a self created web from which the Americans have to be encouraged to get out in case they want to have good relationship with India.

The S-400 is known as Russia’s most advanced long-range surface-to-air missile defence system. China was the first foreign buyer to seal a government-to-government deal with Russia in 2014 for the system. The US recognised India as a “Major Defence Partner” in 2016, a designation that permits USA companies to sell more advanced and sensitive technologies from America at par with that of the US’ closest allies and partners.