USA Diplomat Brian Hook Makes A Most Undiplomatic Statement On India : Needs To Wake Up 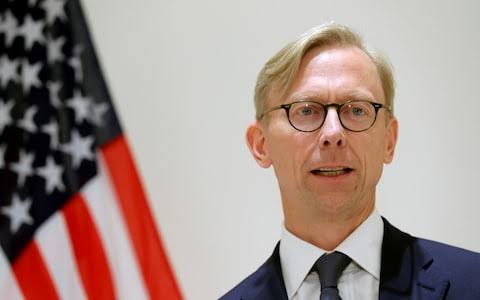 “We have no evidence that India is running afoul of US sanctions,” yapped the Special US Representative to Iran, Brian Hook, to reporters at the Foreign Press Centre. A very foolish statement indeed.

India is a friend of America but neither a military ally nor a lackey like Britain. It will do what is best in its National Interest. It should be very clear to US Administration that if presently India has reduced oil import from Iran or even stopped it completely then there is a reason behind It. It is certainly not because of any USA sanctions which we are afraid of. The way India has cut CAATSA to pieces is enough of an indicator of Indian decision making.

India has indeed stopped importing oil from Iran after 31 May this year for variety of reasons. One of them is that we imported much more in financial year 2019 –2020, just to have planning cushion against such idiotic American so calked sanctions. When times comes to get more oil then we will just go ahead and do whatever will be required, even if it means importing from Iran.

American “waivers”…..as if they are an imperial power, to eight buyers expired in May. India at that time had hoped that the US would display some commonsense and sanctions would not affect its partnership in developing Iran’s Chabahar port.

Mr Hook was responding to a reporter’s questions complaining that India is violating the US sanctions through the Chabahar port which it is building in Iran for the purpose of trade with Iran and Afghanistan.

“I’m not familiar with the evidence that you are citing,” Mr Hook said rightly but should not have added that India was not violating the US sanctions….

What if we do can be our retort and then things can become a bit unfriendly on both the sides, which neither want it to be like that. We are certainly friends but on basis of equality..

US President Donald Trump last year withdrew from the 2015 nuclear deal between Iran and world powers and revived a range of sanctions against Iran.

It, however, declared a six-month “waiver from sanctions “ to eight countries – China, India, Japan, South Korea, Taiwan, Turkey, Italy and Greece, but with a condition that they would reduce their purchases of Iranian oil.

The Trump administration in April decided not to renew waiver that let countries like India buy Iranian oil without facing US sanctions.