What Army Aviation Should look Like in the Coming Years 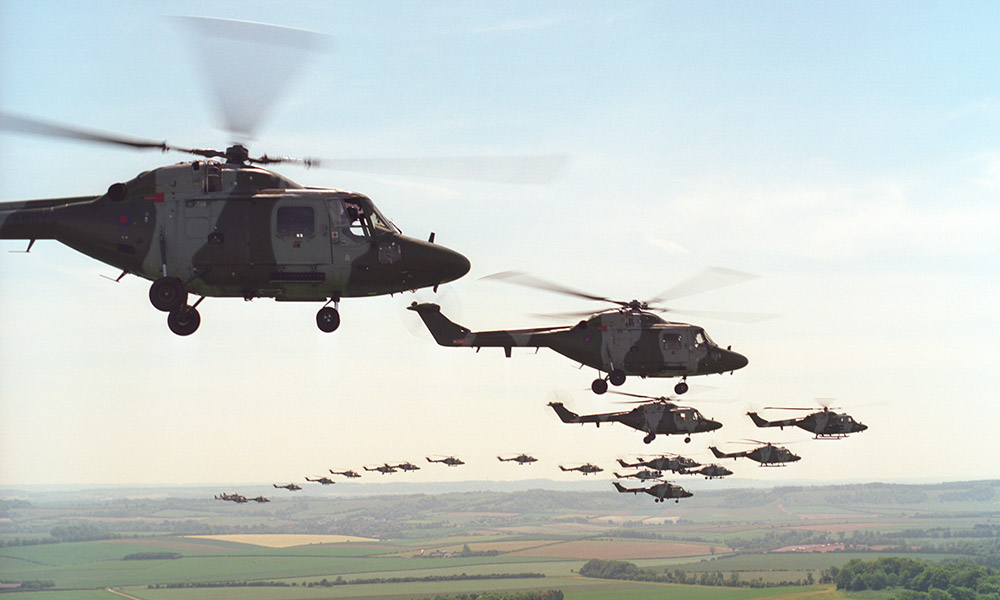 The Army is working on a 10-year modernization plan for its Aviation Corps.It must aim to induct one Aviation Brigade into each of its 14x fighting Corps.

At Operational HQ Command level there should be a Aviation Brigade for each Command with 1 x Light R&U Squadron, 1 x Light Support Squadron and 1 x Medium Combat Helicopter. This will translate into :

Thus the Army must plan to induct two kinds of utility/LSP choppers and three types of combat helicopters. This will include squadrons of Rudra (the armed version of the Advanced Light Helicopter ‘Dhruv’), which will have 20mm guns and 70mm cannons, the LCH squadrons and the Appache.

The Aviation Corps currently operates Chetak and Cheetah choppers, the ALH Dhruv since 2001, and its armed variant Rudra since 2013.

The Aviation Brigades would be a game-changer in future conflicts.

“More emphasis is being put on prioritisation, rationalisation and economy of expenditure. Greater value for money will be achieved by encouraging procurements from indigenous sources in support of the government’s Make in India initiative.

The transfer of the RPAS to the Aviation Corps would ensure a comprehensive surveillance picture, utilising both manned and unmanned platforms, while sharing support infrastructure. Thus tasks of recce, observation, close air Support, casualty evacuation, close logistic support etc will get coordinated and executed in a much better manner.

The operation of these assets under the common umbrella of Army Aviation Corps and a common aviation adviser to the ground forces commander will help achieve battlefield transparency.

The medium support helicopters ( MI 17 type) for the Army tasks @ 3 x squadron per Command + @1 × MSP per IAF / IDS commands for associated tasks, 1 x flight of Rudra per Wing for base protection and 6 x HSP ( Chinook / MI 26 type) squadrons to be operated by IAF.

SF rotary assets to be operated by IAF, Navy and Army Aviation operating under the SF Special Purpose Division.