What came before the Big Bang? A trip through cosmology, multiverses, fifth dimensions 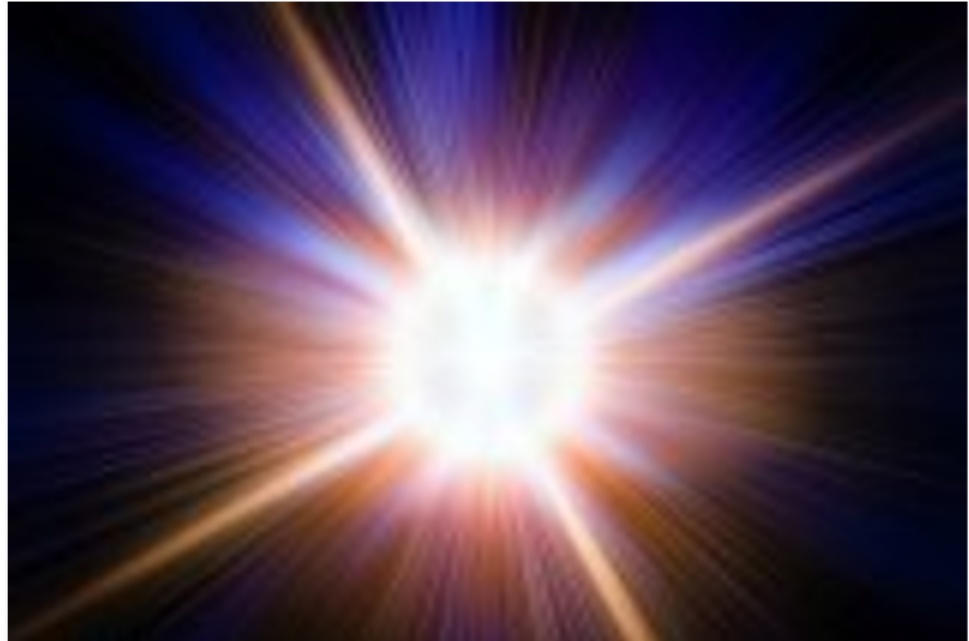 The Big Bang kicked off our Universe’s existence — but what came before it?

Where were you before you were conceived?
The question itself has no meaning: there was no “you” to be anywhere at all.

Asking questions like “what happened before the Big Bang?” is similarly meaningless.

Confused? You see, the birth of the Universe is not just the birth of subatomic particles and energy, it is also the beginning of time and space.

Before the Big Bang, the temporal (that is, time-based) reference frame of our Universe had not yet been established.

But, just as we can ask how you came into being, we can speculate as to how the Universe came into being. And we can do so in a way that is guided by science, even if experiments to test these hypotheses may be a long way off or even impossible.

But before we get into that, we need a brief recap of Big Bang cosmology.

The standard model of cosmology tells us that our Universe (here we use the capitalised Universe to refer to the entire space that we can see from Earth) was born 13.8 billion years ago as an extremely hot, extremely small bubble of energy.

It immediately and rapidly began to expand, blowing up like a balloon.

It wasn’t expanding “into” anything: all of space is contained within the Universe; it’s just that this space got bigger.

Most cosmologists believe it went through a period of exponential expansion known as “inflation” a tiny fraction of a second later, during which space expanded from subatomic-size up to the size of a football.

The era of inflation only lasted for around 10-32 seconds, after which the Universe resumed its normal expansion rate.

Much later, about 1 second after the Big Bang, the Universe had cooled enough for protons (hydrogen nuclei) and neutrons to form.

Over the next few minutes some of these particles would fuse together to form nuclei of deuterium, helium and lithium, the last of these in tiny amounts.

How much do you know about the process that kicked off our universe? Take our brain-tickling quiz to find out.

This was the era of primordial nucleosynthesis, and it is the first part of the Big Bang that we can test directly and precisely.

Much, much later, the Universe had cooled enough for the electrons to bind with nuclei to form atoms of hydrogen and helium.

At this point the Universe became transparent for the first time.

Light that had been bouncing around in the plasma could now move freely, and we can still see the last of the light from that time in the cosmic microwave background — the snapshot of the Universe made 370,000 years after the Big Bang.

This was the last light that would be produced for millions of years, until the first stars formed and the story of galaxies began.

The cosmic microwave background now provides us with the best way of learning about the early history of our Universe.

Winding the clock back

Our understanding of the early Universe is based on our two most well-tested and successful physical theories: the Standard Model of particle physics, and Einstein’s General Theory of Relativity.

We can look at the Universe’s particular distribution of galaxies, specific patterns in the cosmic microwave background, and observed ratios of abundances of primordial elements, and ask the question: “What initial state of the Universe would lead to this?”

We can go back in time using our two theories to guide us, and we can check our work against many observations.

But we can only go back so far. At some point the Universe becomes so dense and the temperature so high that we need a different theory — one that merges the Standard Model with General Relativity.

This theory needs to explain how to do physics at the so-called “Planck scale”, when the density of matter in the Universe is so high that it affects the curvature of the Universe and the expansion rate itself.

This theory does not yet exist, and that is part of the reason why we don’t yet know where the Universe came from. We can’t go past the Planck scale.

Nevertheless, all the scenarios below are related to theories that would solve some existing problems in particle physics or cosmology, and so in some way they are supported by theoretical physics.

With that in mind, enjoy some educated speculation!

An open problem of cosmology is the fate of the Universe. The Universe might expand forever, eventually running out of material to form stars, growing colder and colder until, in the far distant future, all activity ceases.

Indeed, based on current measurements this “heat death” is the likely fate.

However, another possibility that we cannot dismiss is that the Universe stops expanding and begins contracting again, eventually ending in a big crunch (or, as Douglas Adams called it, a “gnab gib”).

This would look very similar to the Big Bang, but in reverse. The Universe would heat up as it shrinks, boiling apart molecules, atoms, and then nuclei until the Universe is a tiny bowl of very hot soup.

When the Universe gets hot enough, as we mentioned earlier, we don’t know what would happen. We don’t have a theory that can describe it.
One possibility is that after reaching the Planck scale, the Universe would again start to re-expand, making a new big bang and beginning the cycle over.
If this idea is correct, the Universe eternally oscillates through big crunch/big bang cycles.

Some theories that seek to unify General Relativity and the Standard Model, such as string theory, postulate extra spatial dimensions beyond the three that we observe.

In order to account for the fact that we don’t see them, theorists propose that they are compactified into tiny loops, or that the forces of particle physics cannot penetrate into one or more of the dimensions.

This type of universe is called a “brane” (short for membrane).

Other universes could also exist along this extra dimension, cut-off from our universe by the space that particles cannot penetrate.

There is also no reason why the universes wouldn’t have a velocity in this extra dimension, and sometimes these branes can collide.

The collision of two branes would be a calamitous event, triggering a big bang.

Inflation was originally proposed to solve existing problems in cosmology.

It explains, for example, why the opposite ends of the visible Universe are the same temperature despite seemingly never having been in thermal contact with each other.

Because of inflation, our entire visible Universe actually comes from a very tiny and uniform region.
Observations of the distribution of galaxies in the Universe and the cosmic microwave background have verified the predictions of inflation.

However, it was soon realised that within the inflationary mechanism another possibility emerges.
In some circumstances, once inflation starts it can be very hard for it to stop due to quantum fluctuations.

But sometimes, by pure luck, bubbles of stability may come into being within the maelstrom of inflation — and one of them could be our Universe.

Given enough time, a mind-bogglingly large number — perhaps even infinite number — of such bubbles will occur, with all kinds of different cosmological and physical properties existing in different bubble universes.

Our Universe would be but one bubble in the multiverse. The vast majority of bubble universes might have physical laws that do not allow for the development of stars, planets, or people.

But there would still be an extraordinary number of particularly comfortable universes, such as ours, that can support life.

Dr Julian Berengut is a theoretical physicist at UNSW Sydney working on atomic and nuclear searches for physics beyond the Standard Model.