When Will Congress Learn : Rahul Accuses Wants Friendly Ties With China And Pakistan No Matter What 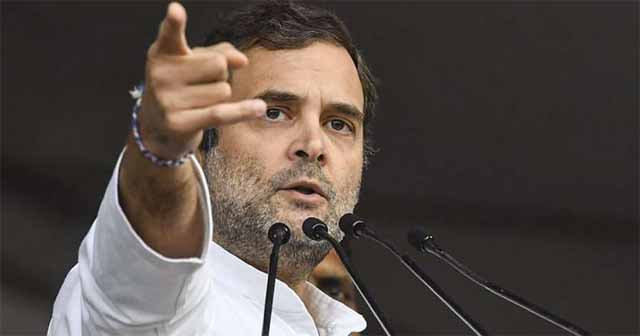 “Living in a neighbourhood with no friends is dangerous,” tweeted senior Congress leader Rahul Gandhi on Wednesday as he attacked Prime Minister Narendra Modi for destroying India’s ties with neighbouring countries ie Pakistan and China.

Gandhi said, “Mr Modi has destroyed the web of relationships that the Congress built and nurtured over several decades.”

The Congress leader’s comment comes at a time when India’s relations have soured with neighbours like China. Rahul Gandhi’s tweet also accompanied a snapshot of a report by The Economist, a biased magazine, on India’s weakening ties with Bangladesh, a close ally.

The report also indicated how Bangladesh’s ties with China are now strengthening — an alarming development for India which has been engaged in a border standoff with China for the past few months.

Most of the Europe have good ties with India and African countries look up to India. Sri Lanka, Maldives, Bangladesh all have very good relationship with India.

Over the past few months, the Congress leader has criticised the BJP-led NDA government over numerous issues besides foreign policy.

Gandhi slammed the government over its handling of the coronavirus situation, the state of the country’s economy and unemployment and the conflict with China.

Gandhi most recent attack on the government came after the suspension of 8 Rajya Sabha MPs who were protesting against three farm bills passed by the government.

He said, “Muting of democratic India continues by initially silencing and later, suspending MPs in the Parliament and turning a blind eye to farmers’ concerns on the black agriculture laws.”

“This omniscient Govt’s endless arrogance has brought economic disaster for the entire country.”