Why Is It Happening In Italy ? 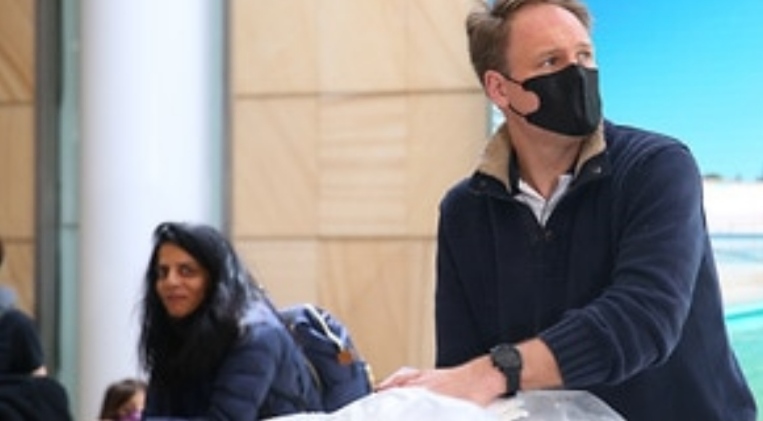 A chilling article.* (If you are interested in recent global happenings.) *Its an eye opener.* Difficult to believe.. but fact remains the fact.

Italy has been ravaged by the Wuhan Coronavirus, but the reasons why are linked more closely to globalism than the age of the infected.

Hundreds of thousands of Chinese immigrants now live both legally and illegally in Italy, with 300K legally registered and many more illegal.

Italy recently entered into a new economic partnership with China called *“One belt, One road”*
China has revitalized northern Italian ports in order to transport goods more efficiently to the rest of Europe.

The mayor of Florence initiated a social media campaign called *“Hug a Chinese”* using Chinese produced video as an engine to dispel the “racism” against the Chinese in Italy.

*Thirty years ago,* Italy saw the beginnings of what would become a serious issue with illegal immigration. What was surprising, was that the immigrants couldn’t just walk over a border to enter the country, they had to flock from China. It began with Italians hiring the Chinese off the books at cheap wages to work making garments in towns and villages renowned for their craftmanship, and morphed into Italians seeing the Chinese learn how to do it faster and cheaper; often times watching as their family owned businesses were shuttered because they were outbid. The Chinese took over the Italian craft and made it their own. *What didn’t change was the coveted “Made in Italy” label.* The NY Times began documenting the trend in 2010 writing:

Over the years, Italy learned the difficult lesson that it could no longer compete with China on price. *And so, its business class dreamed, Italy would sell quality, not quantity.* For centuries, this walled medieval city just outside of Florence has produced some of the world’s finest fabrics, becoming a powerhouse for “Made in Italy” chic.

*And then, China came here.*

Chinese laborers, first a few immigrants, then tens of thousands, began settling in Prato in the late 1980s. *They transformed the textile hub into a low-end garment manufacturing capital,* enriching many, stoking resentment and prompting recent crackdowns that in turn have brought cries of bigotry and hypocrisy.

The city is now home to the largest concentration of Chinese in Europe; some legal, many more not. Here in the heart of Tuscany, Chinese laborers work round the clock in *some 3,200 businesses making low-end clothes, shoes and accessories,* often with materials imported from China, for sale at midprice and low-end retailers worldwide.

The trend continued as whole villages in Italy became Chinese villages, with the Chinese displacing the Italians who lived there, creating their own neighborhoods, and pushing out decades of Italian family owned business. They weren’t known for following the rules.

It caused much local consternation; the Italians were forced to pay their taxes and follow the employment guidelines, while the Chinese seemed to have built flourishing enterprises by skirting the rules, treating their people poorly, and engaging in rich human smuggling operations, to boot. There was little accountability for the Chinese, and much for the native Italians.

*Outside of the typical problems* one would see with such an influx of immigrants from a far-off land, were also other, more scandalous ones.

Florence prosecutors leading the so-called “River of Money” investigation alleged that more than 4.5 billion euros ($4.78 billion) was smuggled to China from Italy between 2006 and 2010 by Chinese people living mainly in Florence and nearby Prato. About half of the money was sent via BOC, the prosecutors said. The court also ordered BOC to pay back 980,000 euros which it said it had earned through the illegal operations.

According to the prosecutors, the proceeds sent to China came from a series of illegal activities, including counterfeiting, embezzlement, exploitation of illegal labour and tax evasion. Bank of China said in a statement it had not committed any crime and was not admitting guilt by agreeing to pay the fine, which was a way of closing the case and saving time.

*The wheel of corruption kept spinning,* and the Italian people became more and more angry. Sometimes, this led to violence. It also led to a nationwide sentiment that something needed to change, and the populist uprising we have been seeing across the globe also began to take a foothold in Italy.

At a time when Europe is filled with anti-immigrant rhetoric, political extremists have pointed to the demographic shifts in Prato as proof that Italy is under siege. In February, Patrizio La Pietra, a right-wing senator, told a Prato newspaper that the city needed to confront “Chinese economic illegality,” and that the underground economy had “brought the district to its knees, eliminated thousands of jobs, and exposed countless families to hunger.”

Such assertions have been effective: in Italy’s recent national elections, Tuscany, which since the end of the Second World War had consistently supported leftist parties, gave twice as many votes to right-wing and populist parties as it did to those on the left.

Giovanni Donzelli, a member of the quasi-Fascist Fratelli d’Italia party, who last month was elected a national representative, told me, *“The Chinese have their own restaurants and their own banks—even their own police force.*

You damage the economy twice. Once, because you compete unfairly with the other businesses in the area, and the second time because the money doesn’t go back into the Tuscan economic fabric.”

*In March of 2019,* Italy entered into a new agreement with China, part of its *“one belt, one road”* initiative, a sweeping economic agreement with the country that saw the port of Triesta in northern Italy “revitalized” and managed by The PRC.

The project makes enormous infrastructure investments to move Chinese goods and resources. *Italy became the first of the Group of 7 nations that once dominated the global economy* to take part in China’s “One Belt One Road” throughout Asia, Africa and Europe.

*The Trump administration, which tried and failed to stop the deal,* focused in the days leading up to Mr. Xi’s visit on blocking any Italian use of 5G wireless networks developed by the Chinese electronics giant Huawei, which Washington warned could be used by Beijing to spy on communications networks.

*Italy, which is saddled with crushing debt, hopes to lift its lagging economy by exporting goods to China and inviting more Chinese investment.*

But opponents of the project in the Trump administration and in the European Union worry that Italy has turned itself into a Trojan Horse, allowing China’s economic — and potentially military and political — expansion to reach into the heart of Europe.

The detailed reporting on this slow takeover is expansive, and we could continue here for many paragraphs, but let us fast forward to *early 2020.*

As China withheld information about the *seriousness and spread of Wuhan corona-virus,* many of these immigrants were returning- and arriving – from China. Once news of the virus became mainstream and China felt increasing backlash over the handling of the crisis, they turned to one of their major economic hubs for some help.

It wasn’t chance. It wasn’t age. It wasn’t overall health, and it wasn’t the good-hearted nature of the Italian people that caused the virus to ravage their nation. *It was a leadership who are now under the thumb of the Chinese government.*

On February 1, 2020, the mayor of Florence initiated something called *“Hug a Chinese”* day.
(Sorry I could not get the video downloaded)

This video was released on February 4, and was *produced by the Chinese government.* Under the guise of being “woke”, the *Italian government prodded their citizens to erase the stigma surrounding the virus,* and hug one of the hundreds of thousands of Chinese who had been living, recently returned, or recently arrived in Italy. *Italy had become dependent on China, and their capital is a large percentage of the Italian economy.*

When “One Belt One Road” began early in 2019, the Italians made clear they were willing to partner with China in their quest for global dominance, and sadly it appears in their attempt to please the purse strings, *they put a large percentage of their citizens in harms way.*

This may also explain the *enormous amount of aid and assistance flowing into Italy now by way of China.* Far from being compassionate, the *Chinese are likely looking to protect their investment.*

So when folks ask, *“Why Italy?”* the reasons are clear. Along with an ageing population who may not be the healthiest, there is also a *government now beholden to China,* who acting at their behest, *took extreme measures to the opposite of social distancing.* For an in depth look at the cluster history inside Italy, please see here.

China’s global dominance has become clear even to the average observer in recent months, as Americans have become aware of the *supply line dependence on China for even our most vital commodity; medicine.*

UncoverDC columnist Carol King detailed some of those issues in a piece that you can read here. We have even witnessed the legacy media seemingly hold water for the communist nation, choosing to parrot the claim of “racism” against China because our President has chosen to correctly name the virus what it is, the *Chinese virus* – rather than bow to the propaganda of a foreign nation hell bent on our destruction.

*If one positive thing can come of the Wuhan corona-virus,* maybe it will be that the world will finally open its eyes to just *how sinister China has been over the past few decades,* slithering in to our households, seemingly unbeknownst to us, and co-opting even our most basic necessities.

Time will tell, but one thing is clear- it appears that *“Why Italy?”* is more nefarious than anyone could have initially thought.