With eyes on Indo-Pacific, Australia to rapidly increase defence spending 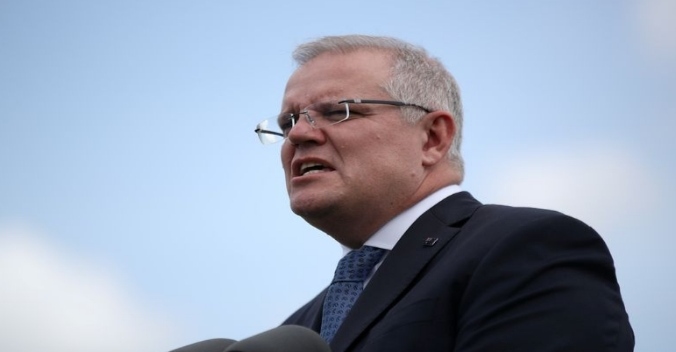 SYDNEY (Reuters) – Australia will boost defence spending by nearly 40% over the next 10 years as Canberra shifts its military assets to focus on the Indo-Pacific region, Prime Minister Scott Morrison will say on Wednesday.

In a speech that threatens to inflame tensions with China, Morrison will say Australia will spend A$270 billion ($184.8 billion) over the next 10 years to acquire longer-range strike capabilities across air, sea and land.

Morrison will say that Australia’s defence policy will also pivot to prioritise the Indo-Pacific region, an area that he will describe as the “epicentre of rising strategic competition.”

“We want an open, sovereign Indo-Pacific, free from coercion and hegemony. We want a region where all countries, large and small, can engage freely with each other, guided by international rules and norms,” Morrison will say, according to excepts sent to Reuters.

Morrison will not name China specifically but Australia’s military shift to Indo-Pacific comes amid rising competition between the two for influence in the Pacific.

Already elevated by Australia’s 2018 decision to ban China’s Huawei from its nascent 5G broadband network, bilateral ties have in recent months been soured by Canberra’s call for an independent inquiry into the origins of coronavirus.

Then in June, Australia said a “sophisticated state-actor” has spent months trying to hack all levels of the government, political bodies, essential service providers and operators of critical infrastructure.
Australia sees China as the chief suspect, three sources told Reuters.

China denies it is behind the spate of cyber-attacks, but Morrison will on Wednesday commit to spend A$15 billion to bolster its offensive and defensive cyber capabilities.