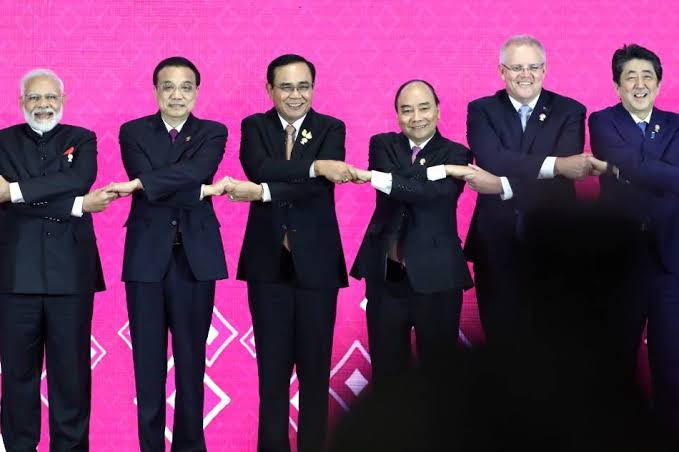 India’s graceful refusal to become a part of the Regional Comprehensive Economic Partnership (RCEP) shows its strength, its confidence and maturity level in carrying out negotiations at the International level. RCEP initiative is certainly of significance for the entire South East Asian and SAARC region. With Indian participation and rest of the SAARC in future, it would have actually become the world’s largest free trade agreement. However, presently the third largest economy in the world with the second-biggest population that is India hasn’t agreed to enter its fold due to attitude of the presently the second biggest economy in the World with the biggest population, that is China.

As a big country with a huge population and a growing economy, the Indian Government takes its responsibilities quite seriously towards its citizens. Thus In spite of promises of China and others the Indian Prime Minister had repeated talks and pragmatic negotiations based on facts and figures of the present and the past instead of hypothetical Chinese figures of the future. India was not going to rush blindly and accept things, after all the interest of the people of India was first and foremost thing to look after. Even China’s hastening of the progress of the RCEP for its own interest was unable to convince India. The expectations from the RCEP, a result of global multilateralism in the new era, are high but certainly not based on facts and figures. Instead China is supporting the RCEP for its own gains, whereas it must be beneficial to all its members in equal measures.

Giving its reasons for deciding not to take the plunge into the free trade agreement, New Delhi very clearly articulated that “the RCEP Agreement does not address satisfactorily India’s outstanding issues and concerns.”

The RCEP had its meeting at the 35th Association of Southeast Asian Nations (ASEAN) Summit and the East Asia Summit held recently in Thai capital Bangkok. The RCEP is one of the largest regional free trade agreement launched by ASEAN in 2012. It will have a far-reaching impact on the world economic and trade structure and geopolitical pattern if concluded fairly. However since 2012, RCEP negotiations have been delayed several times because of China trying to dominate the proceedings and dictating various terms, just not acceptable to India, as it will be harmful to the region as a whole in the long term.

India has been weighing the deal carefully and is trying to ensure that every country big and small is a beneficiary of regionalization and globalization. India has always been a defender of multilateral cooperation. Since Prime Minister Narendra Modi came to power, the government has actively promoted the transformation of India’s foreign policy. New Delhi has not only upgraded the strategy from “Look East” policy to “Act East” policy, but also seeks a greater impact in East Asia, Southeast Asia and the Pacific region.

However the Indian government will not join any grouping blindly whether it is RCEP or even the WTO, which has the potential to hurt the up coming manufacturing industries in India. The growth of India’s economy is the fastest even amid a large downward push globally. By contrast the Chinese economy is in doldrums. The Modi government has promoted “Make in India” initiative, so joining the RCEP without adequate safeguards would expose it to the impact of dumping of cheap quality trash from China and also from quality products but cheaper from manufacturers in Japan and South Korea.

Over a period India has become a rising power for nothing. There has been rapid growth of its economy in recent years, and an acknowledged entity by all. So India will join the RCEP but on fair terms, it will certainly not play second fiddle to China and get dictated by Chinese economy. Earlier China had tried to bash on regardless on its OBOR and BRI casting aside India’s objections and apprehensions. To its horror it soon found out that the rest of the World re assessed their views and refused to follow the Chinese initiative blindly. The same is going to happen to RCEP too without Indian participation.

The trend of globalization and regionalization is obvious. Multilateralism and free trade constitute important paths to the future. However, nationalism and necessary protectionism are equally important. India as part of SAARC and BIMSTEC has more than enough opportunity to develop its immediate region and this grouping has the potential to match any grouping. Any country trying to outmaneuver India will eventually suffer the consequences.

It is clear that the progress of the RCEP for free trade in the pursuit of globalization and multilateralism must include India for success. The fact that India did not join the RCEP for the time being shows that RCEP is still not following true multilateralism.