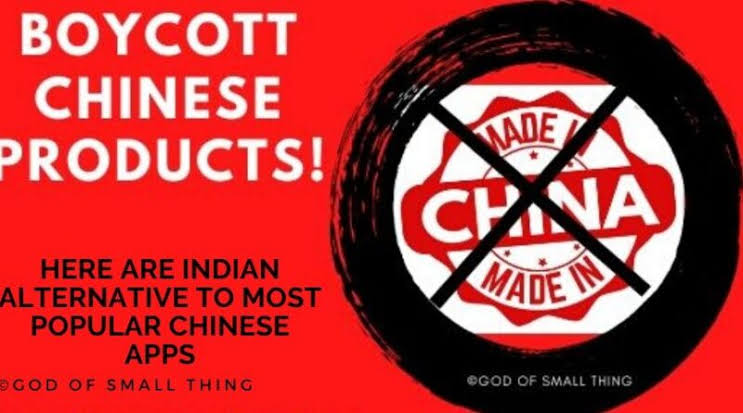 A social media campaign with a hashtag #JunkOneChina has trended across the world against dubious One China policy on Friday (June 19). Twitterati hit out at China for its expansionist policies and creating uncertainty in Hong Kong, Taiwan, Tibet, and Xinjiang

A social media campaign with a hashtag #JunkOneChina has trended across the world against the wrong policy of ONE CHINA ONLY being followed by many governments across all Continents . Twitterati hit out at China for its expansionist policies and creating uncertainty in Hong Kong, independent Taiwan and occupied Tibet, and Xinjiang.

One Twitterati said, “There is and there can never be One China. It is a dubious policy drafted by the biggest conglomerate of Human Right oppressors in living history called the CCP. The Uighurs, the occupied Tibetans, The Taiwanese, The Manchurians, and the Hongkongers will all fight and break out from the cages of the oppressive CCP regime.”

“The world must break its silence against China. Why is the west repeating its blunder that it did before the II World War – Stop appeasing the Chinese regime and Xi the dictator!” said another Twitterati.

Expressing their anger on social media, many opined that the myth of One China has to be broken from its core ideology. There were calls on social media about raising our voice against the dubious One China policy with hashtag #JunkOneChina.

Experts on China affairs believe that the time has come when India needs to change its foreign policy regarding China and India should rethink and revise its ‘One China’ policy and exploit the geographic, ethnic, and economic faultlines of China such as Hong Kong, Taiwan, Tibet, and Xinjiang.

According to experts, there are five points which need to be considered immediately:

1. India should allow Uighur leaders to visit India. In the past, India denied visa to many Uighur leaders
2. Expand relations with Taiwan since Taiwan is an economic and technology superpower
3. Need to derecognize annexation of Tibet and Turkestan
4. Back a separate political system for Hong Kong
5. Go for strategic defence alliance with Japan, Australia, and Vietnam

Notably, India has been accused of capitulating to China pressure and has denied a visa to Uighur activists. In 2016, India had cancelled a visa granted to prominent Uyghur activist Dolkun Isa to attend a conference in Dharamsala after angry protests from China.

When China itself doesn’t adhere ‘One India’ policy and lays claim on Arunachal Pradesh and simultaneously is involved in carrying out activities in Pakistan-occupied Kashmir (PoK), which is part of India, then why is India apprehensive about having relations with a country like Taiwan.

Amid violent face-off between Indian and Chinese troops along Line of Actual Control in the Galwan Valley of east Ladakh, Taiwan News has recently published an illustration showing a Hindu god battling a Chinese dragon, which became viral on social media.

The viral illustration surfaced on social media in Taiwan showing Hindu god Rama has drawn a bow and is preparing to shoot a huge arrow into a Chinese dragon with the title “We Conquer. We kill.” The published illustration was widely shared and praised by Indian people on social media.

“This pic from Taiwan News is a good starting point for seriously considering #JunkOneChinaPolicy. Maybe we need to start trending this hashtag to make the GOI rethink its China policy,” tweeted Sushant Sareen, senior fellow ORF.