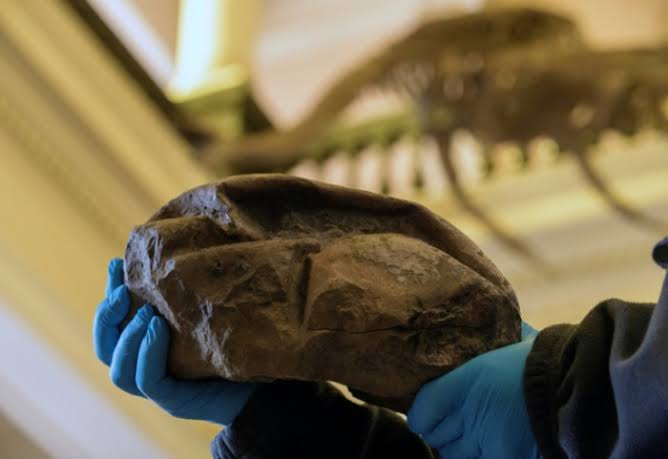 The largest reptile egg in the world has been found on Antarctica.

The gigantic egg, which measures more than 11 inches long and 7 inches wide, was apparently laid by a sea monster about 68 million years ago.

“It is from an animal the size of a large dinosaur — but it is completely unlike a dinosaur egg,” lead author Lucas Legendre, a geoscientist at the University of Texas, said.

The mother would have been at least 23 feet long from the tip of its snout to its tail. The species, described in the June 17 issue of Nature, has been named Antarcticoolithus bradyi. 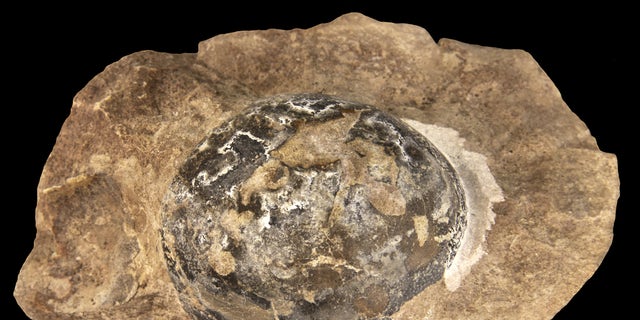 This fossilized egg was laid by Mussaurus, a long-necked, plant-eating dinosaur that grew to 20 feet in length and lived between 227 and 208.5 million years ago in what is now Argentina.

“It is most similar to the eggs of lizards and snakes — but it is from a truly giant relative of these animals,” Legendre.

Based on an analysis of 259 modern reptiles and their eggs, an ancient beast known as a mosasaur would seem to match description, according to SWNS.

“The egg belonged to an individual that was at least 23 feet long — a giant marine reptile,” Legendre said.

Beyond its record-breaking size, the scientists’ finding also challenges the notion that such reptiles did not lay eggs.

“The almost-complete, football-sized soft-shelled egg is one of the largest eggs ever described,” corresponding author Julia Clarke, also of UT, said.