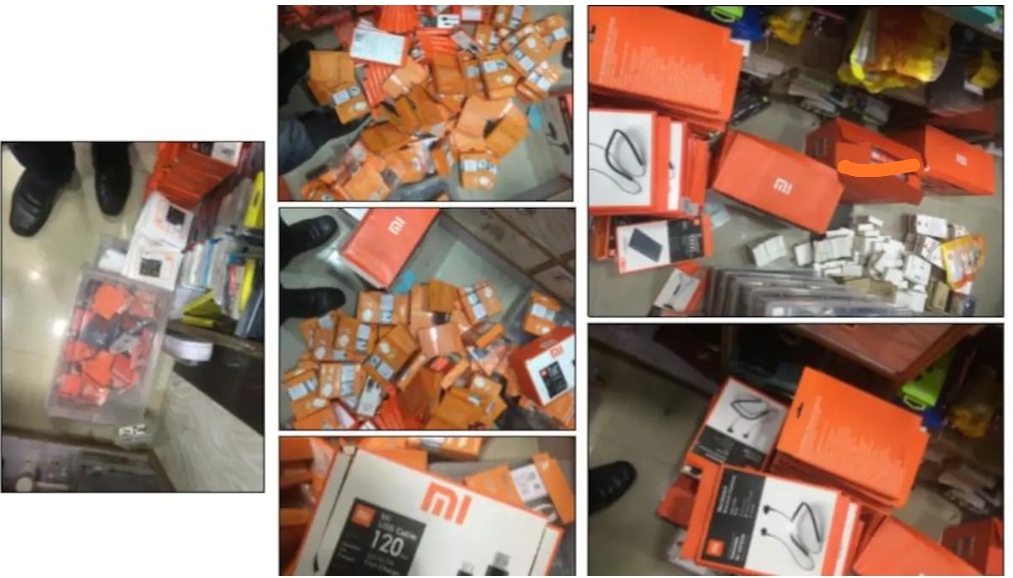 A major nexus involved in the counterfeiting of Xiaomi devices has been busted. Here’s how you can be safe and spot fake Xiaomi products.

Fake Mi India products have been seized from suppliers in Chennai and Bengaluru.

Products worth approximately Rs 33 lakhs were seized during the raids.

Almost 3000 products were seized by police and Xiaomi officials.

Xiaomi has become one of India’s biggest smartphone and smart TV brands based on its value for money products. However, off-late there have been a few unsavoury incidents where the company has been shown in a poor light after some customers ended up buying counterfeit products.

But it appears such incidents could soon be a thing of the past after a major raid exposed a nexus involved in counterfeiting Xiaomi products. The company has announced that counterfeit products worth an estimated worth of Rs 33.3 lakhs were seized from four suppliers in Chennai and three suppliers in Bengaluru during the months of October and November.

As per the information shared by the company, the local police conducted raids in the two cities after a complaint was filed by the company as part of its “comprehensive proactive anti-counterfeit program”.

A release by Xiaomi further added that following the registered complaint, police officers along with the company’s representatives seized counterfeit devices from three prominent shops in the two cities.

Nexus of counterfeiting Xiaomi products exposed
It has been revealed that the nexus involved in the counterfeiting of products involved local shop owners, and suppliers from Bengaluru and Chennai who were managing this business for a long time and during the period have managed to sell multiple unauthorised products in the market, possibly from other brands too.

While an exact breakup hasn’t been shared yet, Xiaomi has revealed that over 3000 Xiaomi products consisting of “mobile back cases, headphones, power banks, chargers, and earphones” were siezed during the raids.

As a result of the raids, shop owners from both the cities were also arrested for allegedly selling fake Mi India products worth Rs 24.9 lakhs and 8.4 lakhs respectively.

As such, with this in mind, it will prudent to make sure that as buyers we take just that extra precaution to ensure we are paying our hard-earned money for an original product from Xiaomi.

But spotting counterfeit products is not as easy as it sounds. However, to help with this, there are a few steps that can be followed.

Some products carry security codes that can be checked on mi.com to identify the authenticity of the product- eg. Mi Powerbanks, all audio products.

Packaging and quality of retail boxes are very different. You can visit any Mi Home/ Mi Store to validate the original packaging.

Check for the original Mi India Logo on the product to know if that is authorised. Original logo of packaging can be seen on Mi.com

All authorized fitness products such as Mi Band(s) will have Mi Fit app compatibility.