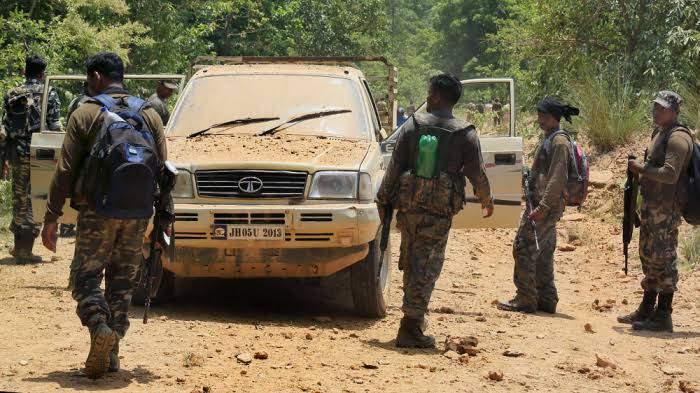 As many as 32 Naxals, four of them collectively carrying Rs 4 lakh reward on their heads, surrendered in Chhattisgarh’s Dantewada district on Sunday, police said

The cadres, including 10 women, turned themselves in at Barsoor police station, saying they were impressed by the district police’s rehabilitation campaign and disappointed with the “hollow” Maoist ideology, said Dantewada Superintendent of Police Abhishek Pallava

The police did not disclose their identity citing security reasons.

They all were allegedly involved in attacks on police teams, polling parties, and triggering IED (improvised explosive device) blasts, he said, adding that four of them carried rewards of Rs 1 lakh each on their heads.

In their statement, the cadres said they were disillusioned by the “hollow” Maoist ideology, and recent surrenders by their colleagues as part of the local police’s Lon Varratu campaign encouraged them to quit the banned outfit, he said.

They were given immediate assistance of Rs 10,000 and will be provided facilities further as per the government’s surrender and rehabilitation policy, he said.

Under the Lon Varratu (term coined in local Gondi dialect which means a return to your village/home) initiative, the Dantewada police have been putting up posters and banners in the native villages of Naxals, who carry cash rewards on their head and appeal them to return to the mainstream.

Since the drive was launched in June this year, 150 Naxals have so far surrendered in the district, the police official said.