It’s not just the US-China trade war and tariff standoff that is of concern to Australia, the people down under are already facing the Chinese wrath. There is a big churning going within the China-Australia relationship. Last year relations had nosedived between Beijing and Canberra when the Australian Prime Minister Malcolm Turnbull had accused China of spying and interfering in the internal affairs of Australia. China had then denied the allegations vehemently and as a result the relations sunk to a new low. Recently, conciliatory statements by both sides have brought down the temperature by a few notch.

Therefore keeping the above in view, relations between China and India should be of real interest to Australia because so far only India has shown the way to handle the growing Chinese bluff. India is also being wooed as a strong ally by not only USA and Japan but even by ASEAN countries and Vietnam to counter’s Beijing’s growing influence. Both Japan and the US sponsored a move to invest in countries across Asia and the Pacific as a counter to China’s Belt and Road Initiative (BRI) in a bid to curb Beijing’s growing influence. They also tried to rope in Australia through the much hyped Quadrilateral project.

This Quad also includes Delhi, but India declared openly that it was not a move against any other Country and that it had nothing to do with China, that it was just a mutual cooperation initiative. At the same time, India also took a considered decision to exclude the Australian Navy from multilateral naval exercises held in Guam. Though this may have been seen by Canberra as a rebuff, it had nothing to do with China. Though it seems that the Australians assumed that Chinese pressure and a bid to improve ties with Beijing,post-Doklam was behind Delhi’s decision.

The rebuff by India was due to the fact that firstly, Australia had responded too late to India’s invitation. Secondly, earlier, few years back, Australia herself had walked out of quad initiative due to Chinese pressure. Thirdly, around that time only, in a very bad taste, Australian PM had announced certain Immigration Rules which was blatantly anti Indian …..that too the announcement was made right after the state visit of Australian PM to India. So Australia had to be told that there was no way that any one could take India for granted, be it China, Russia, USA or be it Australia.

As a result, the recent conciliatory words between China and Australia is being watched very closely by India. Every one knows that despite the sour verbal exchanges, Australia is highly dependent on China for trade. Currently, as per Chinese government statistics China is Australia’s largest trade partner for goods and services and this two-way partnership amounted to $131.6 billion dollars that is 23.8 per cent of Australia’s total trade in 2016-17. Next, Chinese students comprise 38 per cent of foreign students in Australia, the largest to that country. Therefore it is easy to guess that Dragon has the Kangaroo by the tail. Due to this stranglehold on the Australian economy, PM Turnbull cannot afford to antagonise Beijing.

However with Trump breathing out fire, Australia needs to rethink. On of the options available with Australia is to seek closer ties with the rising Economic giant that is India. Kangaroo needs to jump and impress the Elephant. Half-hearted efforts made earlier will just not do. Prime Minister Modi had made a major beginning by visiting Australia in November 2014, being the first Indian PM to do so in 28 years. Now the ball is squarely in the Australian court and they need to move with speed. Though it is quite surprising that the two countries have not forged a closer relationship till date. China’s assertive posturing in the seas south of Chinese Coast and its efforts to strengthen its military presence in the Oceania region of Pacific impact Australia’s security concerns quite seriously. Any sort of obstacles in free navigation of ships in these seas South of Chinese Coastal region will directly and very adversely impact Australia’s interests. More than half of Australia’s iron ore and LNG exports take place through this region.

The US-China trade war will have serious impact on Australia given the fact that its economy is so dependent on China. This is where it needs to turn to India. Currently, a Comprehensive Economic Cooperation Agreement (CECA) is being worked out by the two countries but so far even after several rounds of talks it has yielded little result. A report by the Australian government on the country’s economic strategy for India states, ‘Our negotiating positions on CECA are too far apart for the conclusion of a CECA to be a realistic objective in the near term.’ This is indeed a chance missed because the QUAD, should it take shape, needs its members to interact economically. India, Australia, US and Japan can only build mutual trust and co-operation through greater trade.

Australia needs to now shed its blinkers and move away from not only China but also away from the lap of Uncle Sam. In the times to come, it is India which is going to define International Relationships. It has strong relationship with Russia, with France, with Israel, with Vietnam, with Japan, with USA,with ASEAN, With UAE and even with Iran. Even China wants to improve its relations with India.

Both India and Australia have lot in common and they both attach value to institutions such as ASEAN, the East Asia Summit process, and the conclusion of a Regional Comprehensive Economic Partnership (RCEP) deal, in which both countries are partners. The Indian Student population in Australia has been increasing by leaps and bounds, every year, so can trade and commerce and Security Cooperation. Clearly, apart from the ‘China ’ there are more than enough reasons for the two countries to come closer together.

Australians need to remember that they have a sea the Tasman sea and The Great Australian Blight but there is a whole Ocean out there ….the Indian Ocean. 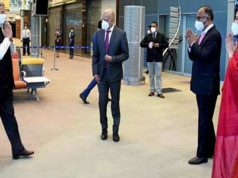 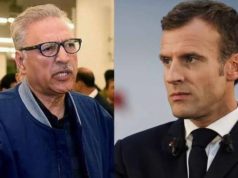