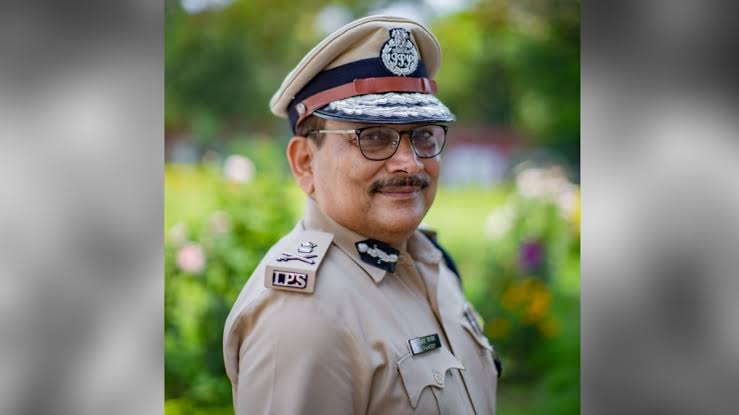 Shri Gupteshwar Pandey ex DGP Bihar, took VRS and joined the JDU last month with the hope of getting a ticket to contest the Bihar Assembly election from Buxar, his hometown. But the BJP has got Buxar seat in the seat sharing deal thus making Pandeyji a “ bechara “ and a laughing stock.

Nitish Kumar has managed to get himself projected as the Chief Minister candidate of NDA for the forth coming Bihar Assembly elections. However things are not what they appear. Nitish has lost a lot of political clout and had to give in during the seat sharing parlays. The BJP has also created a hurdle for ex cop-turned-politician Gupteshwar Pandey’s electoral plunge. The Bihar Assembly election first phase begins from October 28, when 71 seats will go to the polls including those in the Buxar district from where Gupteshwar Pandey had hoped to contest.

Gupteshwar Pandey played a role in making actor Sushant Singh Rajput’s death into a political controversy particularly with his comments. In one of the remarks on the controversial issue, Pandey mocked Rajput’s girlfriend and actor Rhea Chakraborty saying she did not have the “auqaat” (stature) to question CM Nitish Kumar.

This is the second time that Pandey has taken a political plunge. In 2009, he had taken voluntary retirement hoping to get a ticket from the BJP to contest Lok Sabha election from Buxar. But the BJP did not oblige him. Nitish Kumar, however, had not taken any action on his retirement application then and rejected the request.

Now that the constituencies — Buxar and Shahpur — from where he was hoping to get a ticket to contest are in BJP’s share, his hopes have gone down the drain. The problem with the BJP is that it cannot give ticket to a JDU leader. It would lead to a rebellion in the ranks.

Pandey has become a rallying point for shiv sena politics in Maharashtra. The Shiv Sena has declared that if Pandey contests the Bihar Assembly election, it would put up a candidate against him. The BJP, being a national party with a strong presence in Maharashtra, cannot risk to side with Pandey, a non-party member.

Another factor is Devendra Fadnavis, the former Maharashtra chief minister who is the BJP’s election in-charge of Bihar. If the BJP accommodates Pandey, it would make Fadnavis’s life difficult in Maharashtra. He is the chief ministerial face of the BJP in Maharashtra, where the Shiv Sena would campaign strongly to paint him as “anti-Marathi”.

Now some doctors from the All India Institute of Medical Sciences (AIIMS) have opined that Sushant Singh Rajput died by suicide. By giving a ticket to Pandey, BJP could end signalling that the party is backing someone who made unfounded claims.

The BJP, in its first list of candidates, did not announce nominees for two seats — Buxar and Brahampur. The word doing round is that the BJP has kept these seats for the Vikassheel Insaan Party (VIP) of Mukesh Sahani, the Bollywood set designer-turned-politician. However, the party did announce its candidate from Shahpur seat in Buxar. This was the seat many speculate would go to Pandey’s kitty.
The BJP has more issues in Buxar, which is now a party stronghold. Its MP Ashwini Chaubey is a powerful local leader. He is unlikely to agree to nomination of Pandey – a Nitish Kumar loyalist — in his own backyard.

So now only Nitish Kumar may field him from some other constituency if Pandey agrees to contest. Else, if the NDA wins the polls, Pandey may find a way into Nitish Kumar’s cabinet through the MLC route.