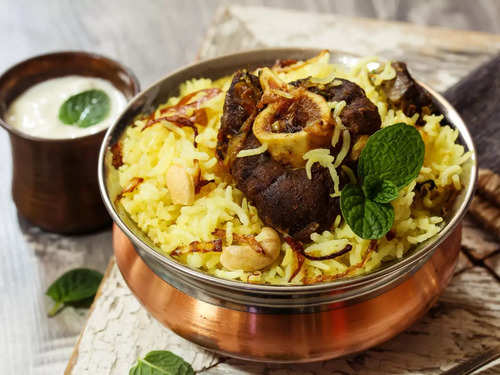 As the name suggests, Kataki Biryani belongs to the Cuttack region of Odisha. In this Biryani, mutton is first half-cooked and then given Dum along with rice. It is said that the dish originated in Persia and marched to India with Muslim soldiers. In those days, Biryani was cooked in bulk to feed the whole army, which needed its quota of carbohydrates and protein.