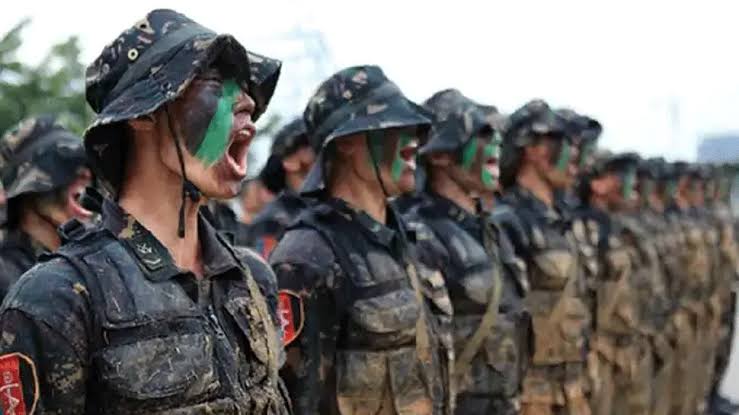 The PLA’s list includes “smart warm clothing made of graphene”, a revolutionary form of carbon, the discovery of which led physicists Andra Geim and Konstantine Novoselov to the Nobel Prize in Physics in 2010.

The rare, and surprisingly publicised, move is an indication that China is working towards fusing its military needs with technology available in the civilian sector – an effort to leverage civilian service and logistical capabilities for military purposes amid the months-long border standoff with India in eastern Ladakh.

The private companies, some of them based in south China and specialised in drone technology, are known to manufacture vertical takeoff and landing unmanned vehicles, which can operate at high altitudes.

It is rare for the PLA to disclose the names of private companies from which it plans to procure military equipment.

“Many types of rotor-wing and fixed-wing aerial drones, including the Blowfish A2 helicopter drone developed by Zhuhai-based Ziyan UAV and the CW-25 vertical take-off and landing fixed-wing drone made by Chengdu-based JOUAV, were inspected by the PLA,” the CCTV report said.

They are specially designed for use in high elevation, low temperature regions, with the aim of conducting unmanned missions including material supply, border defense and management, “…surveillance and armed reconnaissance along the border of southwest China’s Tibet Autonomous Region (TAR),” the CCTV report said.

The reports didn’t specify which private Chinese company manufactures clothes made of graphene, which has been hailed as a “wonder material”.

The website, Dailytechlife.com which tracks technology and invention, says as an item of cloth, graphene can be “thermal, waterproof, and fireproof” and have other advanced technical properties not normally associated with cloth.

Beijing’s decision to look at private companies matches with its goal to merge the military and civil sectors.