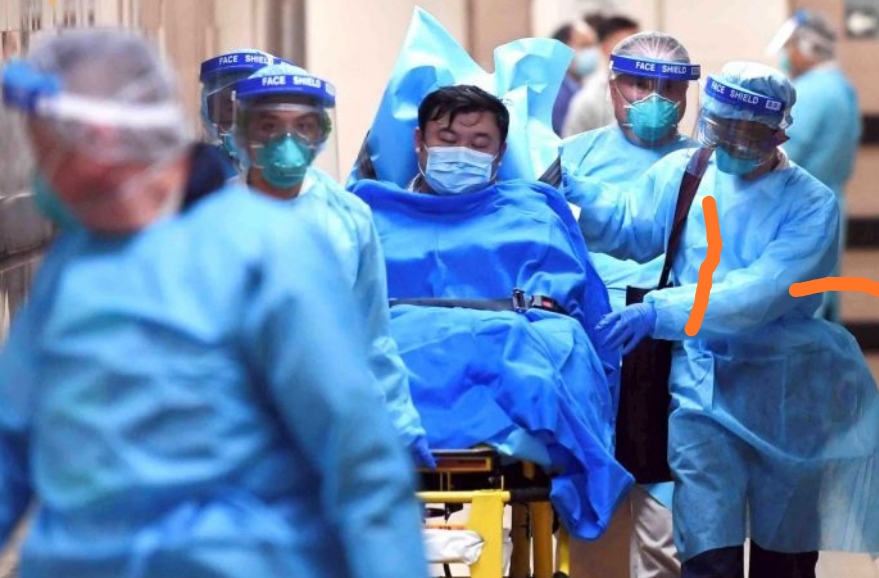 Space to play or pause, M to mute, left and right arrows to seek, up and down arrows for volume.
New cases of the Wuhan coronavirus have been reported across the world, as the death toll in China has risen to 25 and nearly 850 cases of patients infected with the virus globally confirmed.

China has moved to lock down multiple cities with a combined population of more than 25 million people to halt the spread of the deadly novel coronavirus.
Health authorities in Hebei, just south of Beijing, said on Thursday an 80-year-old man infected with the coronavirus had died there, marking the first confirmed death outside Hubei.

‘Never been this scared’

Wuhan residents trapped in the locked-down city say they are too scared to leave their homes, comparing the experience to living in a horror movie.

He died on Wednesday but was not confirmed to have been infected with the virus until Thursday. All of the deceased are said to have been elderly and beset with other chronic health issues.

Chinese authorities have locked down eight cities in Hubei province including Wuhan, Huanggang, Ezhou, Chibi, Qianjiang, Zhijiang, Jingmen and Xiantao.
However, there are mixed reports on the number of cities with imposed travel bans, as the South China Morning Post reports eight cities are now subject to travel bans.

A total of 10 cities in Hubei suspended some of their public transportation due to the virus, according to local media.

The news comes as health authorities in New South Wales investigate four possible cases of the deadly coronavirus, however the hospital locations of patients have not been disclosed for privacy reasons.

Meanwhile, eight other countries have reported patients with the virus — all either residents of Wuhan or recent visitors to the city.

PHOTO: Medical staff transfer a patient suspected to have the new coronavirus at the Queen Elizabeth Hospital in Hong Kong.

Singapore confirmed its first case on Thursday — a Chinese resident of Wuhan.

Vietnam said two Chinese citizens had tested positive. An Indian nurse working in Saudi Arabia has also been infected, Indian authorities said, although Saudi health authorities said there had been no cases in the country so far.

Thailand has confirmed four cases, Japan and South Korea have confirmed two cases each while the United States and Taiwan have reported one each.
Authorities say they have also confirmed 2,197 cases where people have had close contact with patients.

Airports worldwide are screening passengers arriving from China with the US warning travellers to exercise increased caution in China.

Hong Kong, which has two confirmed cases, is turning two holiday camps into quarantine stations as a precaution. Taiwan has banned anyone from Wuhan from going to the island. 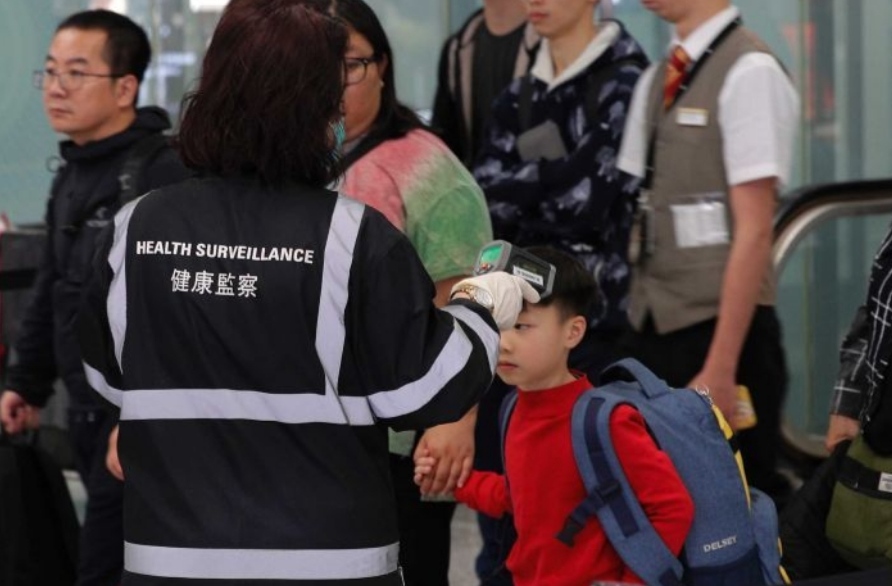 The open-ended lockdowns in China are unmatched in size, embracing more people than the populations of New York City, Los Angeles and Chicago put together. 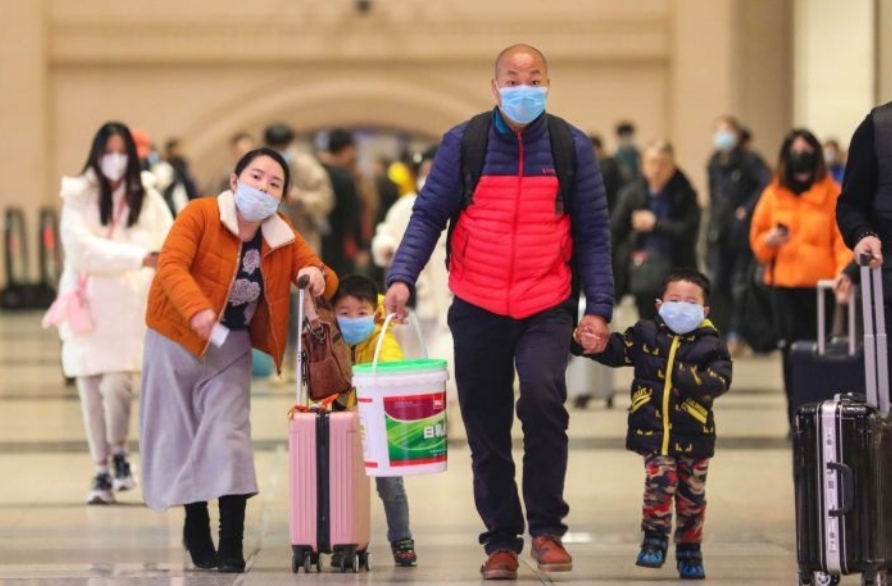 PHOTO: Train services in Wuhan and two other cities have been shut off in order to limit the spread of the virus.

The train station and airport in Wuhan, the epicenter of the outbreak, were shut down yesterday, and ferry, subway and bus services were halted.

Normally bustling streets, shopping malls, restaurants and other public spaces in the city of 11 million were eerily quiet.

Police checked all incoming vehicles but did not close off the roads.

Authorities announced similar measures would take effect on Friday in the nearby cities of Huanggang, a city of about 7 million people, and Ezhou. 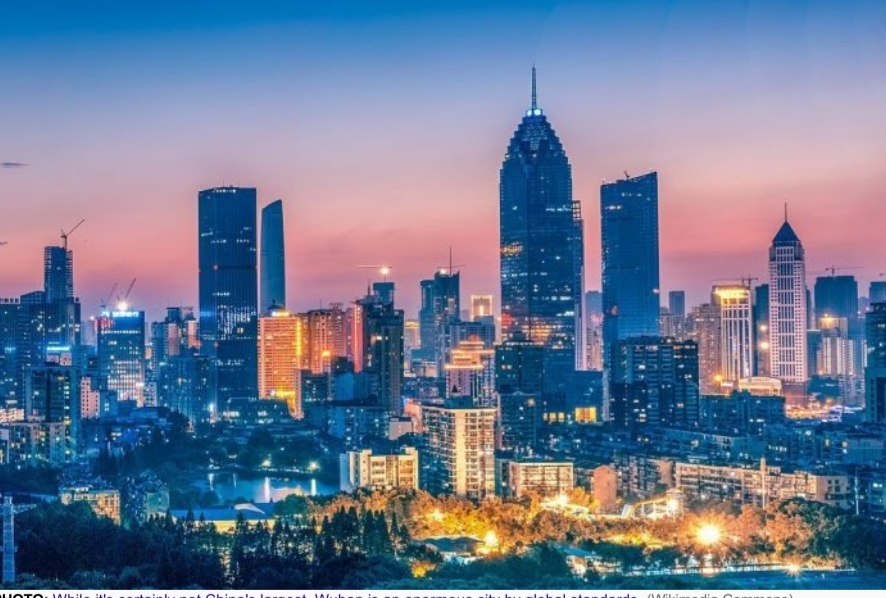 PHOTO: While it’s certainly not China’s largest, Wuhan is an enormous city by global standards.

In Huanggang, theatres, internet cafes and other entertainment centres were also ordered closed.
In the capital, Beijing, officials cancelled “major events” indefinitely, including traditional temple fairs that are a staple of holiday celebrations, in order to “execute epidemic prevention and control”.

The Forbidden City, the palace complex in Beijing that is now a museum, announced it will close indefinitely on Saturday.

One of China’s top health experts warns potential “super-spreaders” could worsen the impact of the new coronavirus strain, which can now be passed between humans.

China’s Finance Ministry said on Thursday it was allocating 1 billion yuan ($211 million) in funding to the Hubei provincial government to help with efforts to contain the outbreak.

Hubei has been the hardest hit region by the outbreak, which began in the province’s capital Wuhan.

“The lockdown of 11 million people is unprecedented in public health history,” said Gauden Galea, the World Health Organisation’s (WHO) representative in Beijing.

Meanwhile, authorities in Wuhan will build a dedicated hospital to treat patients, which it aims to complete in six days, state media outlet Beijing News reported, citing an unnamed source at the construction company that will build it.

Efforts to identify and stop the virus
Preliminary research suggests the virus was passed to humans from snakes, but Chinese government medical adviser Zhong Nanshan has also identified badgers and rats as possible sources.

The newly identified coronavirus has created alarm because there are a number of unknowns surrounding it. It is too early to know just how dangerous it is and how easily it spreads between people. 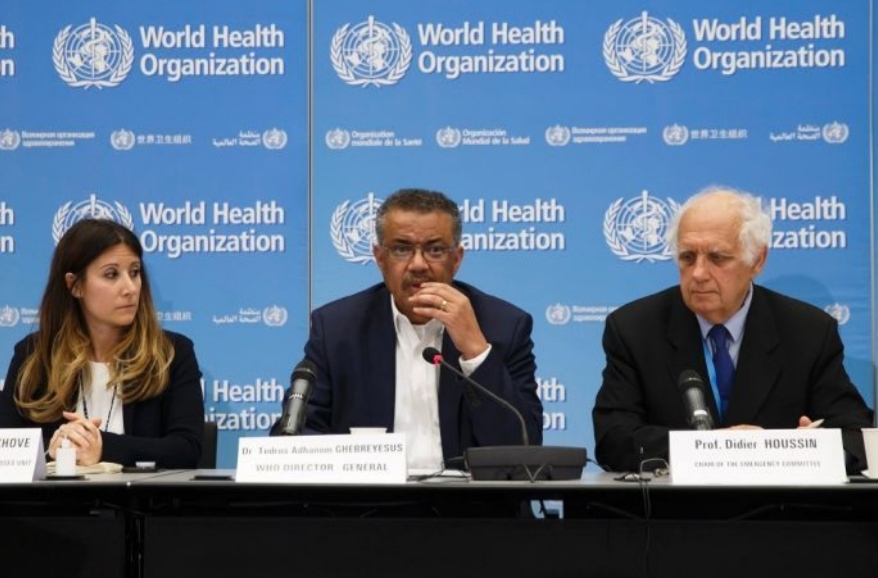 PHOTO: The World Health Organisation has not declared a global health emergency yet.

There is no vaccine for the virus, which can spread through respiratory transmission. Symptoms include fever, difficulty breathing and cough, similar to many other respiratory illnesses.

China says the virus is mutating. It says there is evidence of respiratory transmission.

“We don’t want to overstate the panic here because there is so much uncertainty,” said Sir Jeremy Farrar, director of research charity Wellcome Trust.

I am not declaring the new #coronavirus outbreak a public health emergency of international concern today. The Emergency Committee was divided over whether the outbreak represents a PHEIC. This is an emergency in China, but it has not yet become a global health emergency.

1,155 people are talking about this

“We want to keep a sort of calm, moderated approach to it, but we do have to take this incredibly seriously because you don’t often get an animal virus coming into humans, passing between humans and being spread by the respiratory route.”

Michael Ryan, head of the WHO emergencies programme, said data presented from China revealed almost three quarters of the cases were in people aged over 40, with some 40 per cent having underlying health conditions.

The WHO was deliberating on whether to declare the outbreak a global health emergency, which would step up international response, but announced during a news conference on Thursday that it decided not to do so.

WHO director general Tedros Adhanom Ghebreyesus said that while the outbreak clearly rose to an emergency in China, “it has not yet become a global health emergency. It may yet become one”.

The decision “should not be taken as a sign that WHO does not think the situation is serious or that we’re not taking it seriously. Nothing could be further from the truth,” Mr Ghebreyesus said.

“WHO is following this outbreak every minute of every day.”

Should Australians be worried?

Australia has a number of measures to help stop the spread of coronavirus — but with warnings the disease has a week-long incubation period, carriers could already be in the country.

The United Nations health agency made the decision after independent experts spent two days assessing information about the spread of the newly identified coronavirus.

“It’s too early to consider this as a public health emergency of international concern,” Didier Houssin, the chair of the emergency advisory committee, said, noting that the panel “was very divided, almost 50-50.”

WHO defines a global health emergency as an “extraordinary event” that constitutes a risk to other countries and requires a coordinated international response.

Previous global health emergencies have been declared for the emergence of Zika virus in the Americas, the swine flu pandemic, and polio.

Work to start on three possible vaccines
The coronavirus family includes the common cold as well as viruses that cause more serious illnesses, such as the SARS outbreak that spread from China to more than a dozen countries in 2002-2003 and killed about 800 people. 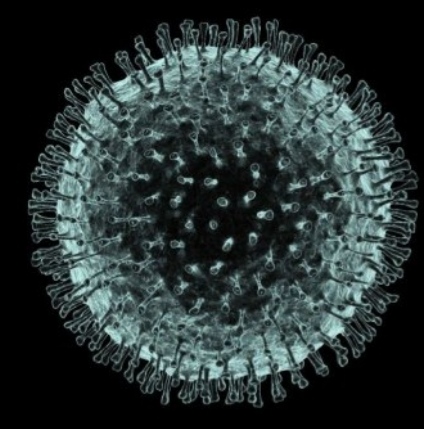 PHOTO: A computer artwork of coronavirus, named after the corona (crown) of surface proteins (outer dots) that are used to penetrate a host cell.

The previously unknown virus strain is believed to have emerged late last year from illegally traded wildlife at an animal market in the central Chinese city of Wuhan.

Three separate research teams backed by a global coalition set up to fight epidemic diseases are to start work on developing potential vaccines against the new coronavirus within a year.

Developing new vaccines has traditionally taken up to a decade, but the Coalition for Epidemic Preparedness Innovations (CEPI), which is funding two of the projects and co-funding the third, said the aim now is to work much faster.

Its plan is to have at least one potential vaccine in clinical trials by June, offering the chance that a shot could be fully developed, tested and approved for use in a year.

The research will be conducted by drug and vaccine developer Moderna working with the US National Institute of Allergy and Infectious Diseases; the US firm Inovio Pharma, and a team at the University of Queensland, Australia. 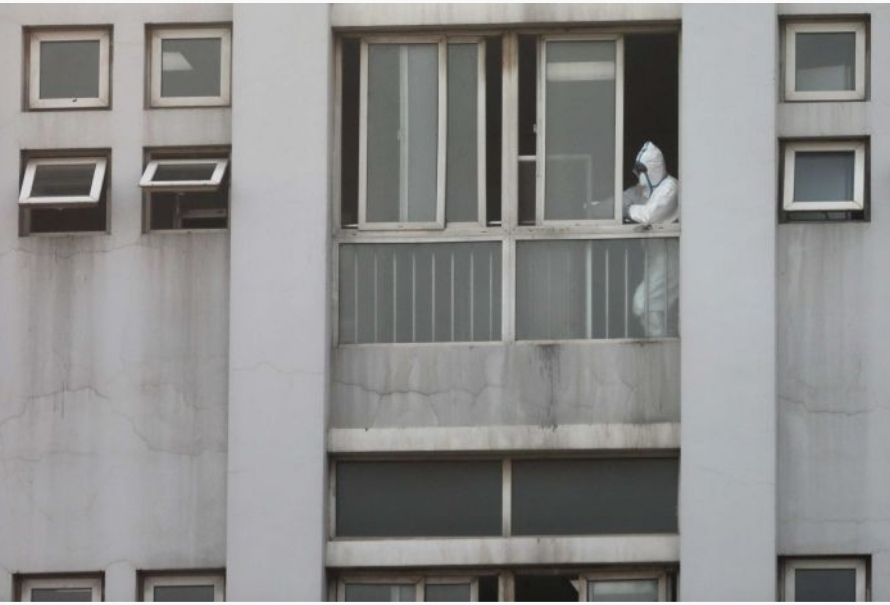 PHOTO: The newly-identified coronavirus has created alarm because there are a number of unknowns surrounding it.

The new coronavirus is known as nCoV-2019.
Each of the three projects will test a distinct scientific approach to developing a preventative vaccine.

“Our aspiration with these technologies is to bring a new pathogen from gene sequence to clinical testing in 16 weeks,” said Richard Hatchett, CEPI’s chief executive.
What is a coronavirus?

Here’s what we know about the novel coronavirus, or 2019-nCoV, and how worried you should be.

“There are no guarantees of success, but we hope this work could provide a significant and important step forward in developing a vaccine for this disease.”

CEPI’s hope is to enable vaccine platform technology that has already been advanced for other infectious diseases such as MERS and Ebola to be used to hasten progress, Mr Hatchett said.

Infectious disease epidemics such as Ebola outbreaks in Africa, the Zika outbreak that spread from Brazil, and the Middle East Respiratory Syndrome (MERS) outbreak, are sporadic, unpredictable and fast-moving. Yet developing vaccines to combat them has traditionally taken up to 10 years or more.

CEPI was set up at the start of 2017 with the aim of dramatically speeding up the process.

Walt Disney’s Shanghai Disney Resort said it would be closed from Saturday to help prevent the spread of the virus.

China is on a seven-day Lunar New Year holiday starting on Friday, a period when the Shanghai Disney park would be usually packed with tourists.

Special celebrations had been prepared for the Lunar New “Year of the Mouse” at the home of Mickey Mouse. 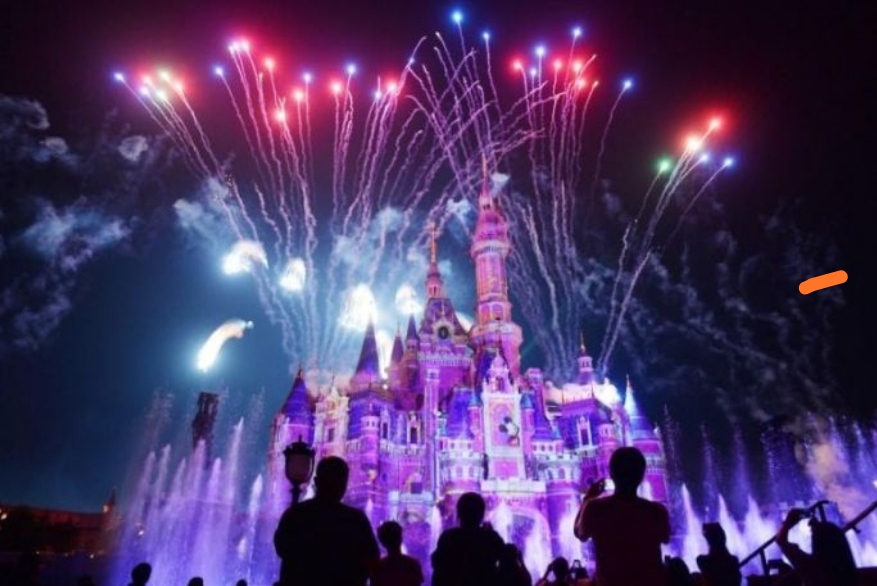 In Zhijiang city, all public venues have been shut down except hospitals, supermarkets, farmers’ markets, petrol stations and pharmacies, according to local media.

Indoor entertainment venues in Enshi city have also been shut down.

Some famous temples in China have closed due to the virus, including Beijing’s Lama Temple, where people traditionally go to make offerings for the new year.

Haikou, capital of the southern resort island province of Hainan, is closing cultural and tourist facilities such as libraries and museums.