Could tension between the US and Iran spark World War 3? 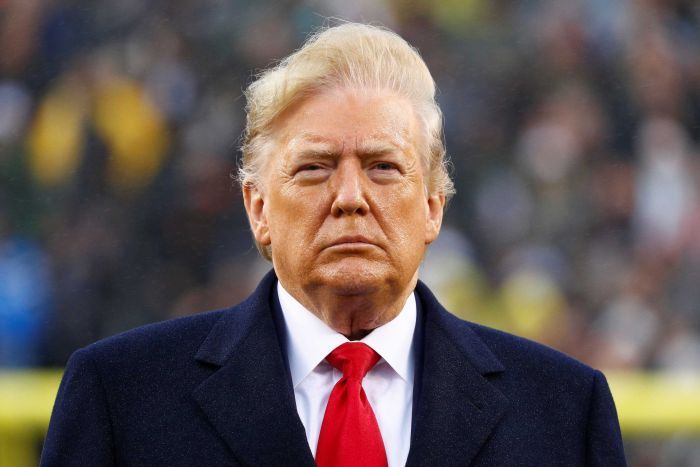 Our age is cursed by hyperbole, hysteria and exaggeration. Blame it on social media and the 24/7 news cycle, where one extreme comment follows another.

So it has been with the America-Iran stand off. It has already generated a Twitter hashtag: #WorldWarThree.

Ludicrous? Well, yes if you consider that by any measure Iran is dwarfed by the United States.

Its population is a quarter the size of America’s, its economy is barely 2 per cent as large. Its outdated weapons are no match for the most powerful military force the world has ever known.

Yet Hillary Mann Leverett, a former senior US National Security Council official, told me on Al Jazeera this past week that in Iran the United States faces its greatest adversary since World War II.

She’s ignoring the nuclear-armed Soviet Union of the Cold War and the current threat of China. But look more closely and she has a point.

Iran has a large military, a nuclear program, it is geographically crucial to the Middle East, it borders the Strait of Hormuz — one of the world’s most crucial choke points — and it is resource rich.

Iran is the world’s most dominant Shia Muslim power. Since seizing power in the 1979 revolution, Iran’s clerical regime has withstood war, revolt and crippling economic sanctions.

Iran would not capitulate as quickly as Saddam’s Iraq or Gaddafi’s Libya. Anyway, its leaders are too shrewd to invite an Iraq-style US invasion with American troops rolling down the streets of Tehran.

That’s not something that would appeal to America either.

Is America ready for another war?

A glance at history reminds us of the often fraught legacy of post-World War II American military adventurism: beating a retreat from Vietnam; the bodies of American soldiers dragged through Mogadishu’s streets; fought to a standstill in Afghanistan (America’s longest war); Libya divided with the government teetering at the onslaught of the warlord Khalifa Haftar (backed by Russia, among others).

One by one the dominoes have toppled in the Middle East since the Iraq war: the Arab spring, fallen dictators, the war in Syria, the emergence of Islamic State, millions homeless, countless dead, a flood of refugees.

Amid this upheaval Putin’s Russia and Erdogan’s Turkey have increased their power and influence. Iran and Saudi Arabia compete for dominance and fight a proxy war in Yemen.

The likes of Al Shabab have proven resilient and adaptive. Despite heavy attack from African Union troops and American bombing, they can still strike in cities like Mogadishu and Nairobi. In parts of Somalia they operate as a quasi government.

The 21st century was only a year old when Osama bin Laden orchestrated the September 11 attacks on the US. We live still in their shadow.

A new decade has begun with the killing of Qassem Soleimani, a man revered in Iran, yet detested elsewhere.

It is a far more significant moment than the killing of bin Laden or IS leader Abu Bakhar al-Baghdadi.

They didn’t belong to national governments. Soleimani was crucial to the Iranian regime.

He seized on the post-9/11 upheaval to entrench Iranian power. He orchestrated the type of asymmetrical warfare that has undone America from Vietnam to Afghanistan.

Soleimani built a network of proxies, notably Hezbollah in Lebanon, which now dominates that country’s politics. He successfully emulated the Hezbollah model in Syria and Iraq.

Yet Soleimani also saw the emerging backlash: mass protests across Lebanon and Iraq calling for an end to sectarianism and chanting “Iran out”.

He made his fatal trip to Baghdad after Iraq’s President rejected the nomination of a pro-Iranian candidate for prime minister.

Hezbollah leader Hassan Nasrallah threatens to unleash martyrs on American targets. The Iraqi parliament votes to expel US forces from its land.

War weakens nations, even those victorious.

The US has never stopped fighting since.

Its weakness is revealed in its three most recent presidents.

George W Bush started a war in Iraq that set fire to the region.

Barack Obama led from behind and left the world with Islamic State establishing a caliphate, Syria in flames, Russia annexing Crimea amid war with Ukraine, China claiming and militarising the disputed islands of the South China Sea and North Korea a rogue nuclear-armed state.

Now Donald Trump has assassinated — he argues justifiably — an Iranian military leader and national hero and Iran, threatens revenge that would take the world into uncharted territory.

This first month has already set the course of 2020, a presidential election year in the United States.

World War III? A look around the world tells us we may already be in it.

And we haven’t mentioned the war in cyber space, where countries hack each other’s military secrets and meddle in elections.

Conflict with Iran alone would not end the century of American dominance — the US remains the world’s biggest economy and by far its most powerful military.

But we haven’t entered the post-American world just yet.